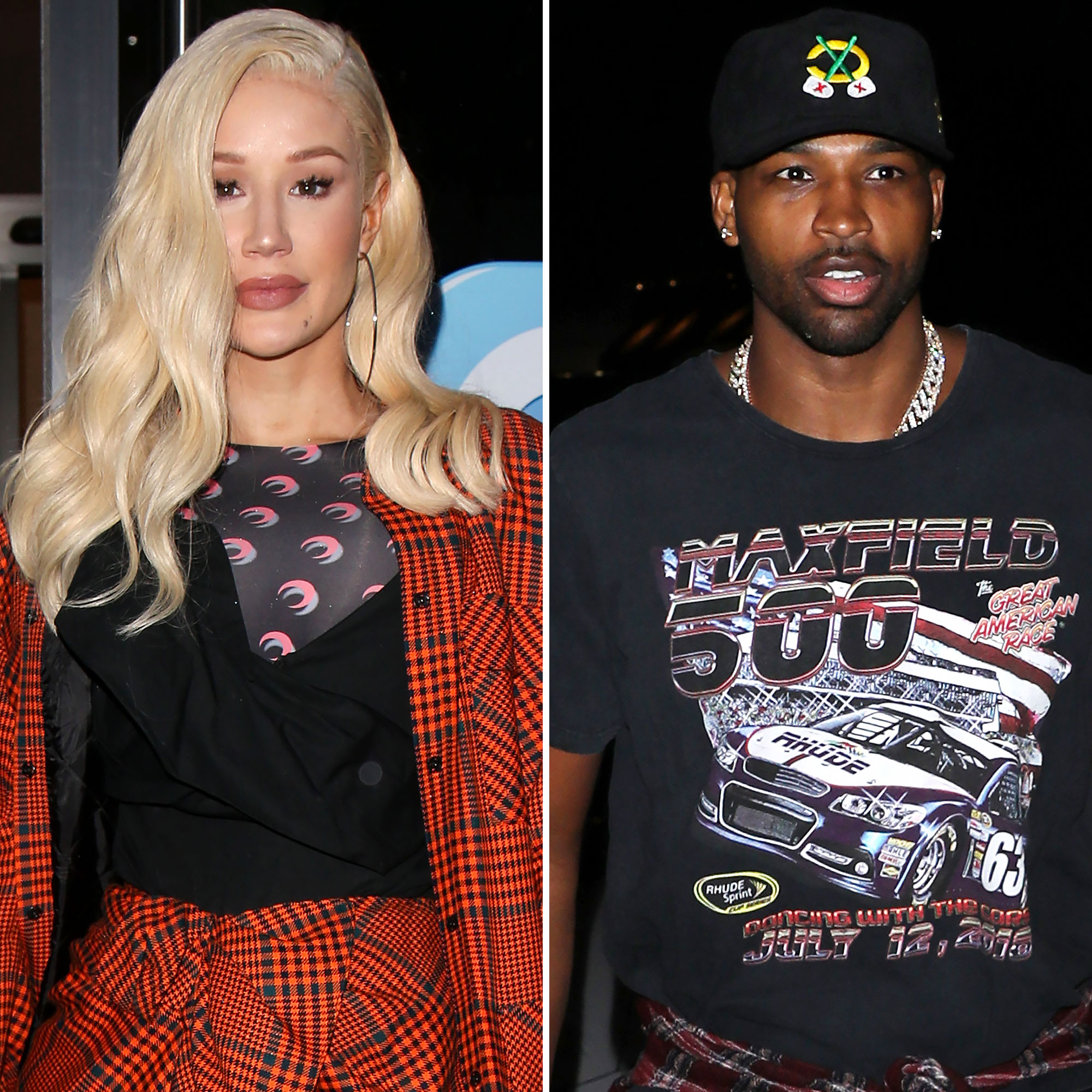 Not happening. Iggy Azalea responded to claims that she’s dating Tristan Thompson, and she didn’t hold anything back.

Celebs Fight Back on Social Media

“Very weird fake news making the rounds about me dating a man I’ve literally never met a DAY in my life,” the rapper, 31, tweeted on Sunday, August 22. “Like…. 😑 Y’all are really that bored?!?!”

The “Fancy” singer was seemingly addressing a YouTube video posted by Tasha K, who claimed that the rapper and NBA player, 30, are hooking up.

“S—t is very, very weird behavior,” the Australia native continued in her tweets. “Literally have never even been in the same building as that man. I DO NOT KNOW THAT PERSON.”

She concluded: “Making up baseless lies about people for fun is lame because I’m a real person with my own private life that gets disrupted by bulls—t, so I’m actually annoyed.”

All the NBA Players That the Kardashian-Jenner Sisters Have Dated

Earlier this month, the basketball star, who was recently traded to the Sacramento Kings, seemingly responded to rumors that he and Khloé Kardashian had reconciled after their June split.

“Gossipers are worse than thieves because they attempt to steal another person’s dignity, honor, credibility, and reputation which are difficult to restore,” he tweeted on August 16. “So remember this: when your feet slip, you can restore your balance. When your tongue slips, you cannot recover your words. Act accordingly.”

The Good American founder, 37, also “liked” a tweet denying that she and Thompson had rekindled their romance. “You’re telling me you made an assessment about my life because of a random blog?” she tweeted in response to a troll who said she had “no self worth” if she decided to get back together with Thompson. “I think that says more about you than it does about me.”

A source told Us Weekly at the time that the exes are “not back together,” but added that Thompson “would very much love” to give their relationship another shot. The former duo share daughter True, 3.

“He knows it’s over,” the insider added, noting that the athlete has been “hooking up” with other people since their pair’s June split.

A second source said that the twosome are focused only on coparenting True at the moment. “Tristan is training for the NBA and is focused on that at the moment,” the insider explained. “They still coparent well and he plans on making time to hang with Khloe and True when he’s not playing basketball.”

Azalea, for her part, is mom to 15-month-old son Onyx, whom she shares with her ex-boyfriend Playboy Carti. In June 2020, the “Black Widow” songstress revealed that she had secretly given birth after months of speculation that she had welcomed a child.

“I have a son,” she wrote via Instagram at the time. “I kept waiting for the right time to say something but it feels like the more time passes the more I realize I’m always going to feel anxious to share news that giant with the world.”