Fallen AFL great Mark 'Bomber' Thompson has admitted he was an ice user and spent 12 hours a day trading cryptocurrency after leaving the game in the wake of Essendon's drugs scandal that left him in a "bad way".

The premiership coach is in Melbourne Magistrates Court fighting three drug trafficking charges and four of possession after drugs were allegedly found in his Port Melbourne home during police raids in January 2018.

The 55-year-old told the court on Wednesday that as he struggled with leaving the football world he locked himself in his Port Melbourne home, trading in cryptocurrency 12 hours a day, and using drugs when a man came knocking on his door. 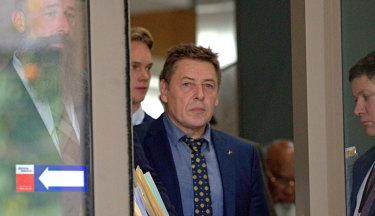 He invited the man in, now known as Geelong man Thomas Windsor, and they formed a friendship. Within weeks they were living together in the converted warehouse.

While he admitted taking drugs, he insisted he has not sold them, adding that he was also tempted to try LSD but "didn't have the guts".

Mr Thompson told the court that he still struggles dealing with the Essendon supplements scandal which left him in a "bad way".

"I took a lot of kids on from their parents and I looked them in the eye and said, 'Don’t worry your son's going to be OK'. That went out the door and I really couldn’t live with that," he said.

"The fact I’m responsible for these boys found guilty for cheating for something I really love.

"I hate the game, I left the game after working at Essendon for two years.

"Here I am in 2017 at home. I found cryptocurrency, your Honor. It’s something I’d been looking for in my life." 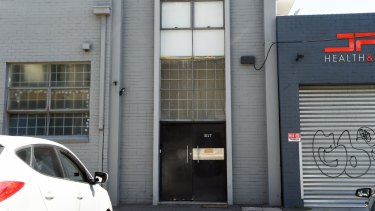 Bomber Thompson’s converted warehouse in Port Melbourne that was raided by police in January 2018.Credit:Justin McManus

Mr Thompson revealed that smoking ice became a "habit" for him and that his use of it increased towards the end of 2017, until his house was raided on January 5 the following year.

He admitted that scales found by police in his house belonged to him.

"I used to weigh stuff up. What you paid for is what you got," he said.

He then shook his head and said: "I can’t believe I’m saying this."

"I never had any intention to sell any drugs. I know right from wrong, being a trafficker is just embarrassing for me.

"I always wanted to take it but I didn't have the guts," he said.

Police allege they found a myriad of illicit substances and drug paraphernalia in various areas of Mr Thompson's apartment.

In a magnetic box in a shared mezzanine area were eight clear bags containing 33.1 grams of crystal meth, 5.6 grams of Ephedrine, one LSD tab and three white capsules.

The court previously heard that a further 839.7 grams of what was believed to be MDMA was contaminated by the clandestine drug unit so DNA could not be found. 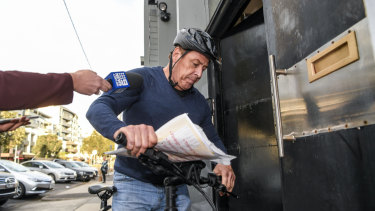 Bomber Thompson arriving at his Port Melbourne home a day after being released on bail in 2018.Credit:Justin McManus

The premiership coach has been on bail since his arrest while facing eight charges including trafficking ecstasy and ice and breaching bail.

Mr Thompson played more than 200 games of AFL football before coaching Geelong to two premierships. He later worked in the coaching team at Essendon football club.

The ongoing hearing is expected to hear from a DNA expert later on Wednesday.