I'm too pretty and other women hate me for it

A motivational speaker has opened up about the attention she has received because of her looks in a brutally honest video.

New York city dweller Brenttany Sharraine shared her experience ‘as an attractive woman,’ in a video which was initially shared on TikTok last year, which has resurfaced over the weekend.

In the clip, Brenttany explains that she has been treated differently because of the way she looks and that not all the attention she gets is positive.

She revealed that men have treated her as a trophy in the past, and claimed her looks caused her to fall out with friends. She also added that she was told from a young age that it was not attractive for a girl to know she was pretty.

I’ve been seeing pp videos on my fyp. I don’t know if this is pretty privilege but this is my insight #adviceforwomen #prettyprivilege #journeyofself 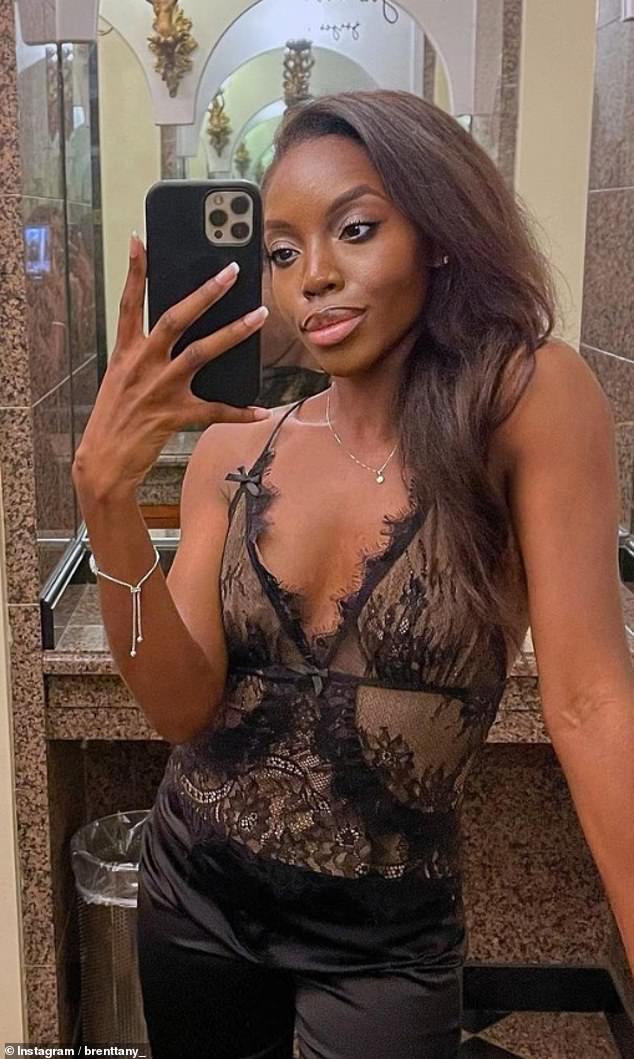 New York city dweller Brenttany Sharraine shared her experience ‘as an attractive woman,’ in a video which was initially shared on TikTok last year, but has resurfaced over the weekend

The motivational speaker said she doesn’t consider she benefits from pretty privilege – the phenomenon which sees good-looking people getting treated more positively because of their appearance.

Instead, she said: ‘This is just me giving you guys my experiences on how people treat me.

‘I have never in my life noticed a man scowling at me, so it says a lot,’ she added. 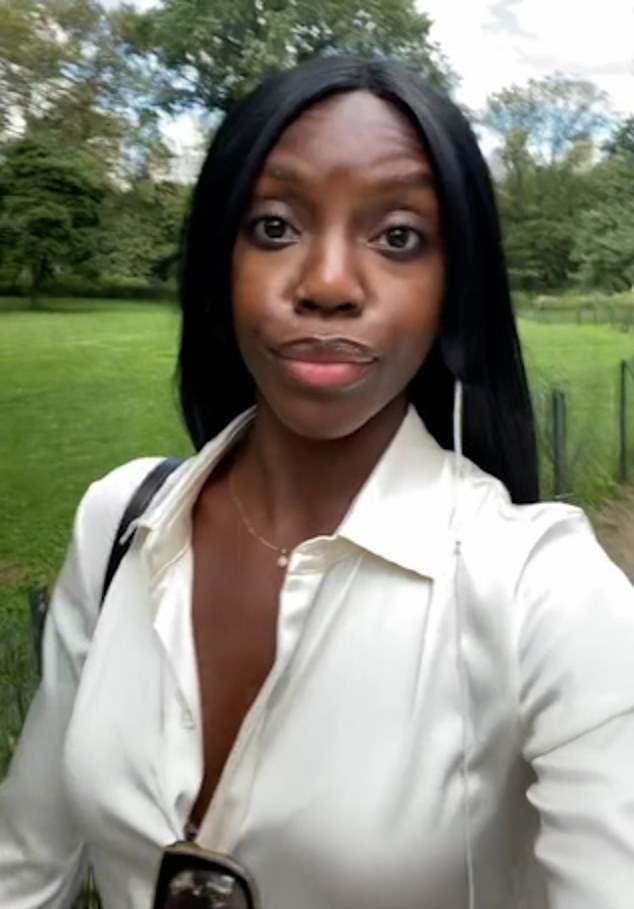 Brenttany said she doesn’t consider she benefits from pretty privilege – the phenomenon which sees good-looking people getting treated more positively because of their good looks.

She added that the men she dates always introduce her to their family and friends, even if the relationship is not serious or in its early days.

‘I’ve been told I come off very intimidating, although I’m not mean at all to people.’

She added that her looks have had an impact on her career and network as well.

‘I’ve been invited to events and meetings with business partners,’ she said.

‘I’m aware now as a woman in her late 20s that I’ve been used as a trophy before. 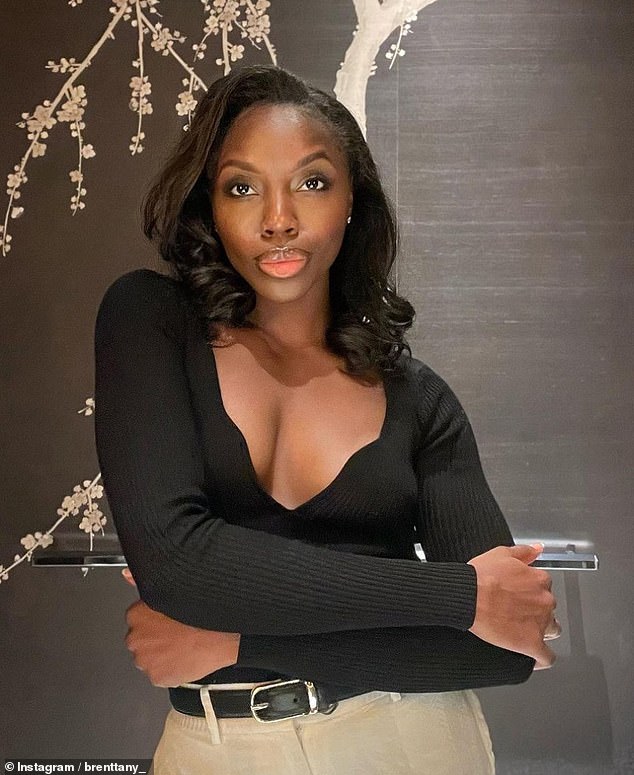 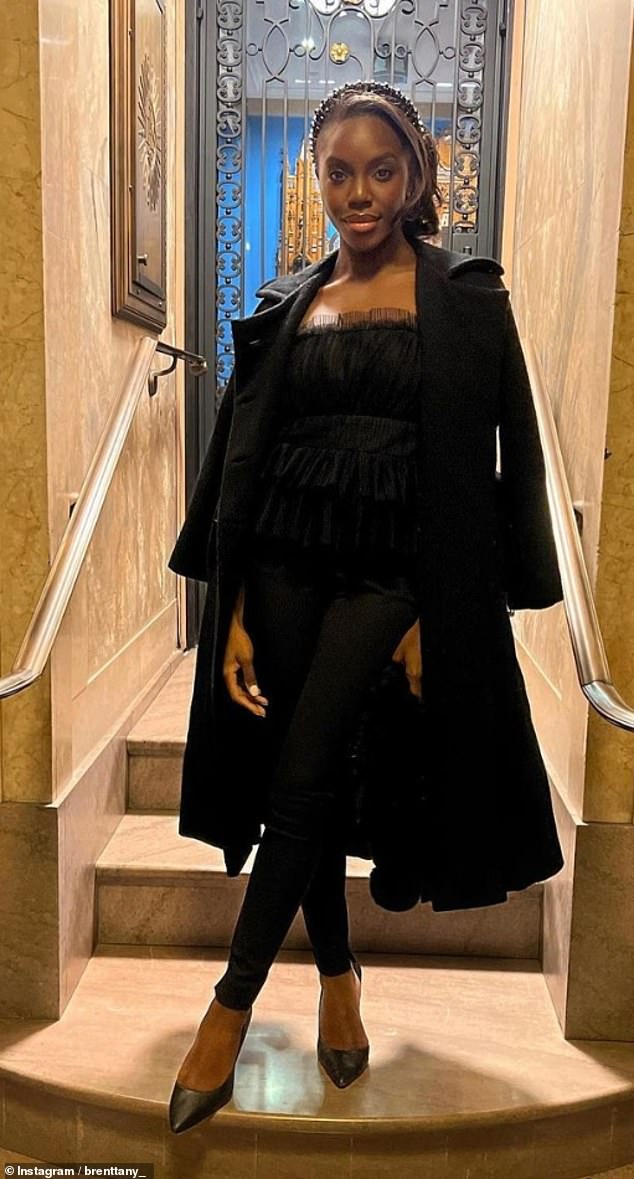 She specified that this happened when she was in her early twenties and that she doesn’t ‘allow that anymore.’

And the New Yorker added that her relationships with other women have been negatively impacted by her appearance as well.

‘I’ve been told by women that they thought I was a b**** when they first met me,’ she said.

‘I’ve been told by plenty of men that I look expensive, I’ve been excluded from friend groups even if I created the friend group.’

Brenttany de-activated the comments on her video on the social media platform.

If you enjoyed this story…