In the suburbs of Moscow, 2 winding highways are home to some of Russia's most expensive real estate — and they tell very different tales of the country's wealth

Two highways in the suburbs of Moscow are home to some of Russia’s most expensive real estate.

The Rublyovskoye highway and its surrounding area, called Rublyovka, is an ultra-exclusive, leafy suburb home to government officials and old money. Homes can cost up to $60 or $80 million, according to Leonid Nikitskiy, the head of country real estate at Moscow Sotheby’s International Realty.

And in Novorizhskoye, newly built luxury gated communities attract affluent families and celebrities who live in homes that start at $1 million and go up to $50 million, according to Nikitskiy.

On a trip to Russia in June, I drove down both of these highways with Nikitskiy.

Rublyovskoye and Novorizhskoye are two winding highways in the suburbs of Moscow that are home to some of Russia’s most expensive real estate. 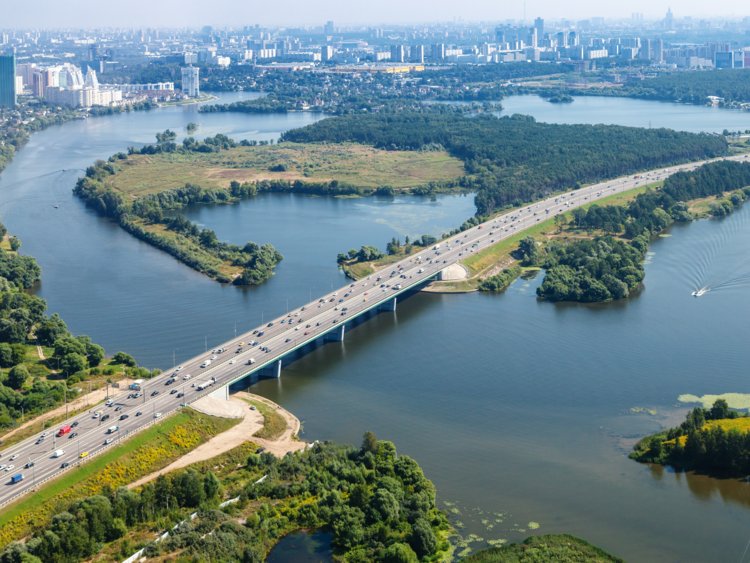 On a trip to Russia in June, I drove down both of these highways with Leonid Nikitskiy, the head of country real estate at Moscow Sotheby’s International Realty. 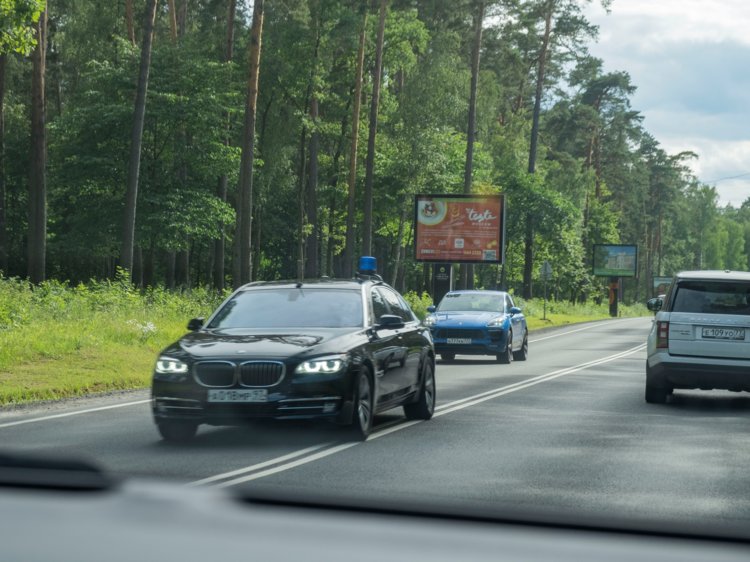 As we drove down the two-lane, tree-lined highway, I spotted Range Rovers, Land Rovers, Mercedes, Porsches, BMWs, and a Rolls Royce.

The neighborhoods of Rublyovka are filled with “men with old money and young women who hunt these men,” Nikitskiy told me.

When wealthy Russians, such as Siberians with diamond and oil money, come from elsewhere in the country to buy homes in the Moscow area, they only consider Rublyovka.

“It’s royal. It’s like Chanel,” Nikitskiy said. “There’s nothing else.”

But a major pitfall of living in Rublyovka is the traffic, Nikitskiy says. It’s only a two-lane road, and it is shut down almost every day to make way for convoys of government cars carrying the president or the prime minister between their countryside estates and the Kremlin. (Novo-Ogaryovo, Putin’s suburban residence, is tucked away behind high wallson a street off the Rublyovskoye highway.)

“You can have a multimillion-dollar house, a Bentley, a Ferrari, but you still have to sit in traffic,” Nikitskiy said.

Driving through Rublyovka made it clear what super-rich Russians value most: privacy and security. 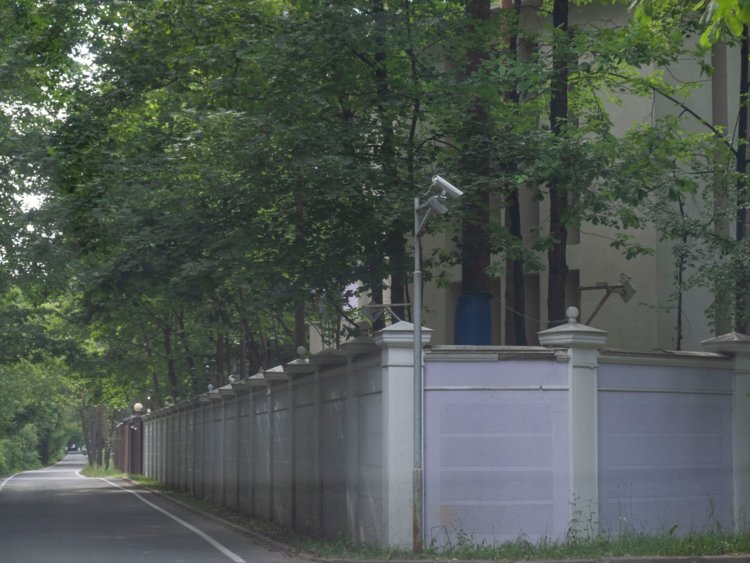 I couldn’t get a good look at any of the homes because most were surrounded by thick walls lined with security cameras.

“Many bought their homes here in the 1990s when it was a dark time for Russia,” Nikitskiy told me. “They built very high walls and security cameras because they were scared.”

Even Sotheby’s International Realty couldn’t get me into any homes for sale in the area because the owners are too private.

Homes in the area can cost up to $80 million, according to Nikitskiy. In the lavish Mayendorf Gardens suburb of Rublyovka, a 12,000-square-foot mansion with a swimming pool, sauna, and staff apartments is for sale for $62.4 million.

But the most expensive homes may not even be publicly listed, he said.

“As a rule, transactions over $40-$50 million are not advertised but are realized among a narrow circle of people and their representatives,” Nikitskiy said.

Read more: How the ultra-wealthy sell their mansions: Whisper listings

In addition to multimillion-dollar homes hidden away in the trees, Rublyovka has many upscale restaurants and shopping malls. 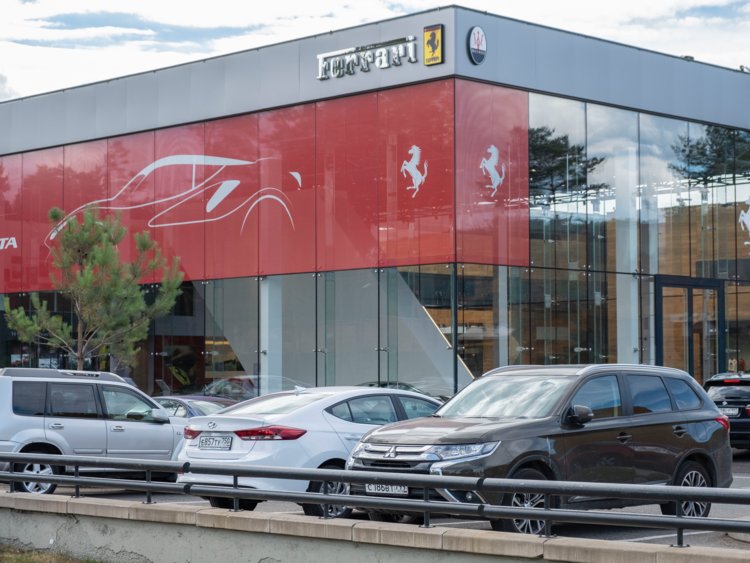 We passed by Barvikha Luxury Village, which includes Ferrari and Maserati car dealerships, as well as clothing boutiques like Prada, Gucci, Giorgio Armani, and Dolce & Gabbana.

More striking to me than the luxury shops was the sheer seclusion and inaccessibility of living in Rublyovka. If you live there, you likely have generational wealth, according to Nikitskiy.

Novorizhskoye, on the other hand, is home to celebrities and affluent families who want an easy commute to Moscow but the same fresh air and greenery that can be found in Rublyovka. 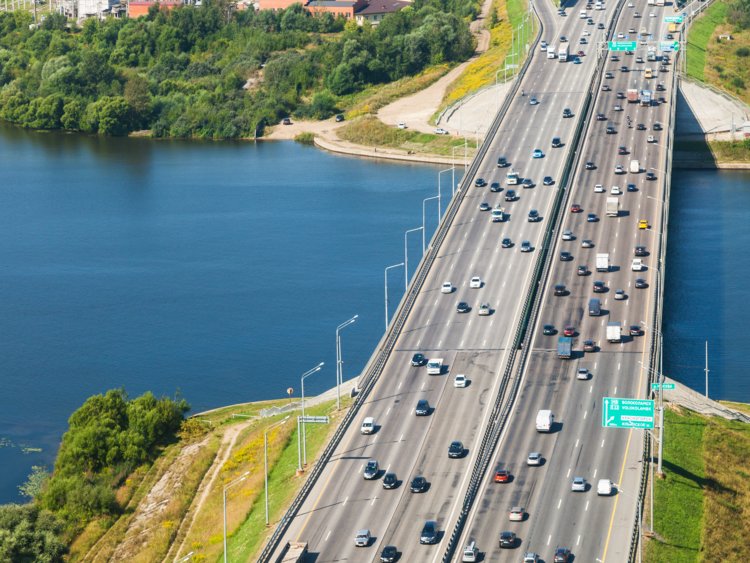 According to Nikitskiy, the area around Novorizhskoye highway is becoming more popular partially because it’s much wider than Rublyovka, making it quicker to drive back and forth to Moscow.

From parts of Novorizhskoye, you can drive to Moscow without stoplights, Nikitskiy said, and some people take helicopters from their suburban homes to a heliport just outside of Moscow, and then drive the remaining 15 minutes into the city.

In recent years, Novorizhskoye has seen an explosion of development by Villagio Estates, a luxury real-estate developer that claims to be the largest in Russia. 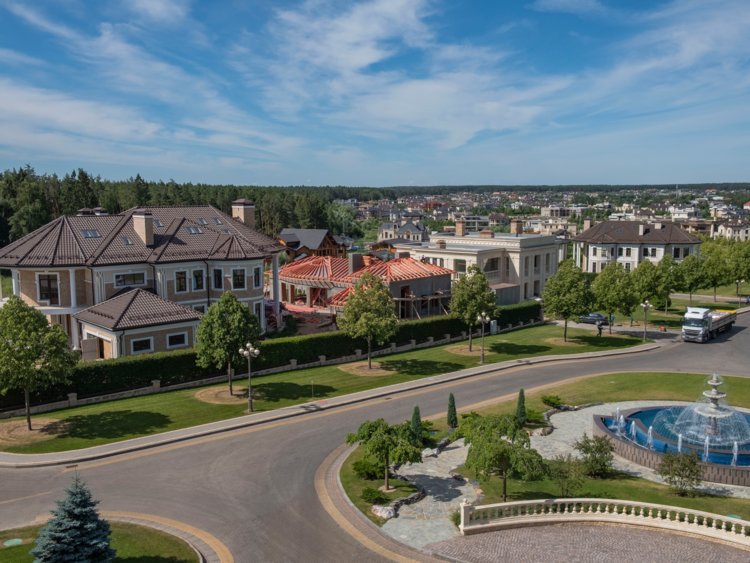 Villagio Estates has built up severalluxe gated communities along the Novorizhskoye highway that have names like “Cote d’Azur” and “Madison Park.”

On my trip to Russia, I spent a day getting a tour of some of these estates, which have perfectly manicured lawns, sparkling fountains, and imported sand from the Maldives on manmade beaches. Many homes are surrounded by hedges and ornate gates.

While these communities were also protected behind gates, the houses themselves were much more visible and accessible than the ultra-private, high-security communities in Rublyovka. 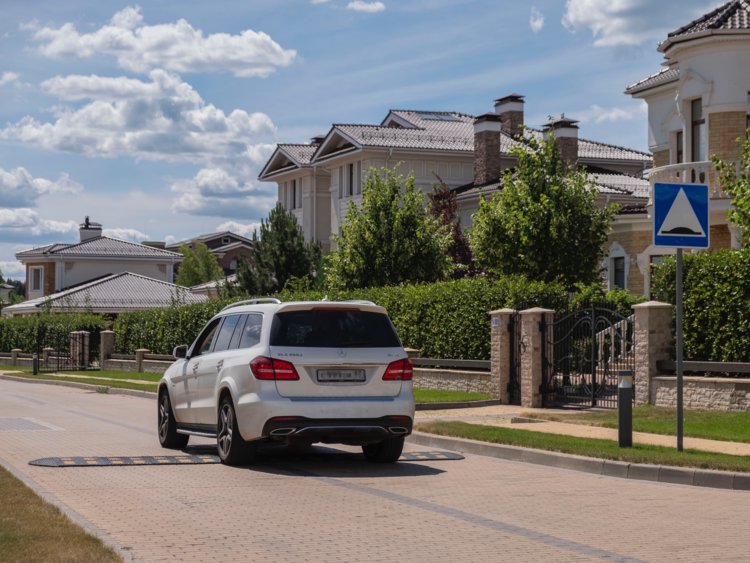 I got the feeling that people who live in these communities don’t mind showing off their wealth a little bit — to their similarly wealthy neighbors, that is.

Prices in Novorizhskoye are quickly catching up to Rublyovka, Nikitskiy said. Home prices start at around $1 million and can go up to $40 or $50 million.

An opulent 10-bedroom home with an indoor pool and peacock-filled gardens in a Novorizhskoye suburb is for sale for about $25 million.

While the communities surrounding both highways were clearly affluent, based on what I saw, Rublyovka is clearly more “old money” while Novorizhskoye represents a younger and flashier type of wealth.

SEE ALSO:I toured a gated estate outside of Moscow that was built by the 'Trump of Russia.' From its golf course to the mansions I was forbidden to photograph, it wasn't hard to see its appeal for the country's billionaires.

DON'T MISS:The Kremlin is the official residence of President Vladimir Putin. It's protected by an elite military regiment and has walls up to 21 feet thick — here's a look inside.