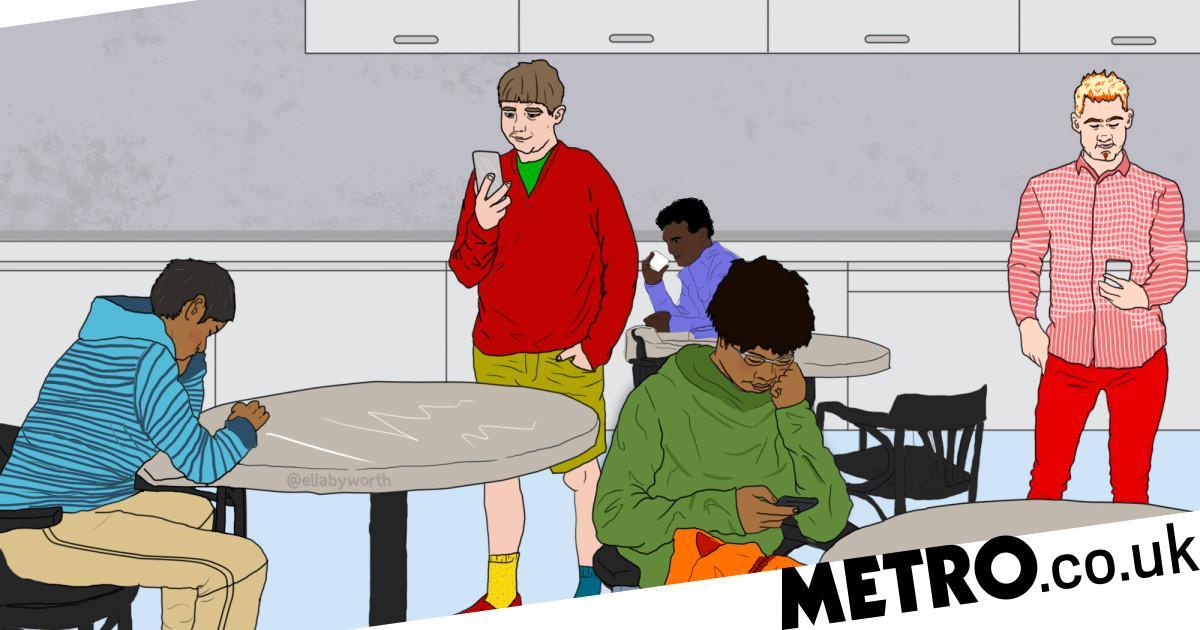 Involuntarily celibate men who vent online about their frustrations with women for denying them sex are now trying to leave such ‘toxic’ communities.

Dubbed ‘incels’, they are often ridiculed and memed for their participation in what are regarded as misogynist forums — some of which have more than 100,000 followers.

Members consider the platforms a ‘haven’. But many are desperately trying to wean themselves off the ‘manosphere’ – online male communities such as on Reddit and 4chan.

Within them, contributors are mocked and bullied in the midst of support, leaving them conflicted as to whether they should stay.

Anton*, who has been a part of the community for some time, tells us: ‘This place was a heaven for me in the first few months, but then it slowly became an inescapable hell’.

He started going into these forums because he felt undesirable as a short black man (height is an issue which comes up time and again among incel forums).

According to incels, at the top of society are Chads and Staceys – conventionally attractive men and women. Then you have incels belonging to subgroups such as ‘ricecells’ (east Asian incels), ‘currycells’ (Indian) and black incels, who sit at the bottom of the hierarchy.

Members constantly remind themselves and each other that they are unworthy of female attention because ‘women just prefer Chads’, meaning they’re all in the same boat.

Anton tells Metro.co.uk he is tired of the pseudo camaraderie which he feels doesn’t translate to real life.

He says: ‘I’m trying to wean myself off of inceldom communities but it’s so hard when you’ve basically conditioned yourself to think that you’re a part of a community, even when over half of that community is basically an alt-right haven that would try to shoot you in the event of a mass shooting.’

Since chatting to us, Anton has deleted his Reddit profile and left an incel subreddit.

He explained that his departure was because of the constant self-deprecation present: ‘It’s a pretty toxic community, like all online communities, if you stay in long enough.

Like others, Anton entered men’s rights spaces because he hadn’t been successful with women.

Incels generally foster hateful views on those who deny them sex. The community provides these men with easy explanations of why they are being rejected, positioning women as the enemy to uphold a ‘we’re all in this together’ attitude.

Incel communities are a place where men who are rejected finally feel like they belong.

One 23-year-old man tells Metro.co.uk: ‘Honestly, this group saved me from the brink of insanity. As the only virgin, relationshipless guy I know in real life I began to feel completely alienated.

‘Then I found a group which I could relate to – funny memes, actual scientific research into what matters in sexual attraction and friendly support when someone gets rejected or treated poorly by a girl or group of girls.

‘However, I do see the reason that some incels would want to or feel like they have to leave. [Some things] incels do or say is wrong or radical or even untrue.’

Another self-identifying incel tells us: ‘It gives us a place and identity to speak with other like-minded people and share experiences, ideas, possible solutions.

‘As an incel, there tend to be very few people around you that relate. Everyone I know has been in many relationships.

‘It feels extremely lonely, and being part of the community makes me feel not alone in my struggles.’

And Rob says: ‘The community can be too much — too abusive, too self-deprecating. Just too much.’

When incel groups cause more harm than healing, it can be difficult for these men to simply log out and go about their lives. Many feel that inceldom has been bestowed upon them and is an inescapable part of who they are.

Dev says: ‘Nobody wants to be an incel, it’s not like we can choose.’

Some of these men can’t help look past the ‘involuntary’ aspect of being an incel, believing that at their very core, they are incels and there is no room for mobility.

The space is marred with conflicting sentiments: some of it is masochistic — poking fun at themselves and their own shortcomings — and the other aspect is vilifying conventionally attractive people, so-called ‘Chads’ and ‘Staceys’.

Posts floating around one of the incel subreddit reads: ‘Nothing will ever change, you’ll be here, alone in your room and no one will ever care for you or your struggles because you are worthless.’

A major obstacle to men getting off these sites is that those who embrace the concept of incels will sometimes sabotage their own chances with women, all while other incels egg them on.

One post reads: ‘A girl from a 12th-grade school project texted me three years later.

This sentiment is reflected in many other posts, with women’s motives for showing interest often met with suspicion and questioned by other members of the group.

It makes sense that these spaces that once felt like home begin to feel like prisons, trapping incels in a perpetual cycle of rejection, self-loathing, and hatred for those outside the community.

But is there a way out?

Research Fellow from the Centre on Radicalisation and Terrorism Dr Rakib Ehsan says hateful incels who turn to the manosphere can be de-radicalised much in the same way as religious extremists.

He tells us: ‘The dark incel subculture on the web tells a general story of young men who are socially isolated and consumed by an overwhelming feeling of rejection — particularly in a romantic sense.

‘A starting point would be providing such young men with a greater sense of “real-life” belonging and encouraging them to adopt a more optimistic and hopeful mindset which is based on personal responsibility and economic self-sufficiency.

‘And, in a way, that actually makes them more “marketable” in a dating sense.

‘Physical exercise can help positive wellbeing but can also have a positive impact on appearance self-perceptions.’

This sentiment chimes with the views of psychologist and author Jonathan Hoban, who thinks help needs to come from government level in the form of funding arts to help wean men off the manosphere and ‘channel’ their ‘frustrations’ more constructively.

He says: ‘They feel lost, angry and unwanted by society, and overall let down. Millions of pounds that were used to fund youth clubs, mentorships, schemes and positive environments/communities have pretty much all gone.

‘It was here that we used to be able to capture, train and channel in a positive way any frustrations, anger and difficult emotions into something worthwhile and positive like sport, cooking, music etc.’

Former incels say they managed to wean themselves off the groups by involving themselves in activities ranging from socialising in real life to talking it out.

Just as the internet is home to hateful groups promoting abuse, there are helpful sites encouraging followers to seek help.

Other suggestions include going to a therapist, starting a new hobby and arranging to meet up with those in a similar position.

A good start might be to simply press the ‘leave’ button.

*Names have been changed.

END_OF_DOCUMENT_TOKEN_TO_BE_REPLACED

END_OF_DOCUMENT_TOKEN_TO_BE_REPLACED
We and our partners use cookies on this site to improve our service, perform analytics, personalize advertising, measure advertising performance, and remember website preferences.Ok