Instagram is running a social media experiment in Australia and elsewhere to see what happens when it hides the number of likes on photos and other posts. 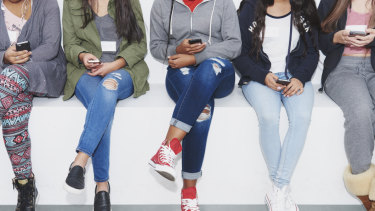 If you have an Instagram account, you’ll get to see the numbers but your followers won’t – at least, not automatically. They will be able to click and see who liked your post, but will have to count the list of names themselves.

It’s a bold move by Instagram, but arguably a necessary one. There is growing concern about the effect of social media on young people’s mental health and self-esteem.

Instagram explained: "We want your friends to focus on the photos and videos you share, not how many likes they get."

Likes, and their public tallying, have become the heart of Instagram and many other social media platforms. By hiding them, does Instagram risk devaluing a crucial currency?

Receiving loads of likes can feel like getting a gold star. It’s a public affirmation that you’re doing good work – a useful bit of quantitative feedback on your photographic skills or creativity. Under the new trial you’ll still get the gold star, but in private, and without broader recognition.

Nevertheless, the mental health repercussions of counting likes cannot be ignored. The design of social media promotes social comparison. You don’t have to spend long on Instagram to find a plethora of people who are evidently better looking, more successful, and more glamorous than you.

As a result, young people can be left feeling inadequate and unworthy. Teens report that social media makes them feel closer to friends (78 per cent), more informed (49 per cent), and connected to family (42 per cent). Yet many teens also report feeling pressure to always show the best versions of themselves (15 per cent), overloaded with information (10 per cent), overwhelmed (9 per cent), or the dreaded “fear of missing out” (9 per cent). These positive and negative reactions can seesaw, depending on a person’s particular mindset at the time.

Without a public tally of likes, it is likely that comments will become an even stronger indicator of how people are interacting with a particular Instagram post.

Of course, comments can consist of anything from an emoji to an essay, and are therefore much more varied and adaptable than likes. Yet they can still affect users’ emotions and self-worth, particularly because (unlike likes), comments can be negative as well as positive.

The reaction among Australian Instagram users has so far been mixed. Many are disgruntled about the change, feel manipulated by the platform, and argue that the change will reduce Instagram’s appeal, particularly among those who use it to support their business.

But others have applauded the move on mental health grounds, while others still have reported that they are already feeling the difference that the experiment is designed to deliver.

Nevertheless, people could potentially move away from Instagram if they don’t feel it benefits them in the way they want. This could conceivably leave the market open for new social media platforms that unabashedly count likes for all to see.

Finally, there is the question of whether this is nothing but a PR stunt by a global mega-brand.

It’s perhaps natural to be sceptical where the social media industry is concerned. But if this is a genuine move by Instagram to ameliorate the negative mental health effects of social media, then it’s a valuable experiment, and the results may be very beneficial for some. Let’s hope so.

Joanne Orlando is a researcher in children and technology at Western Sydney University. This article is republished from The Conversation under a Creative Commons licence. Read the original article.