IoTex price prediction 2021: what is the cryptocurrency and can it reach $1?

IOTEX is a decentralized platform for connecting machines that's been around since 2017.

It combines blockchain and the internet of things (IoT) and applications can be built on it for the likes of smart homes and autonomous cars. 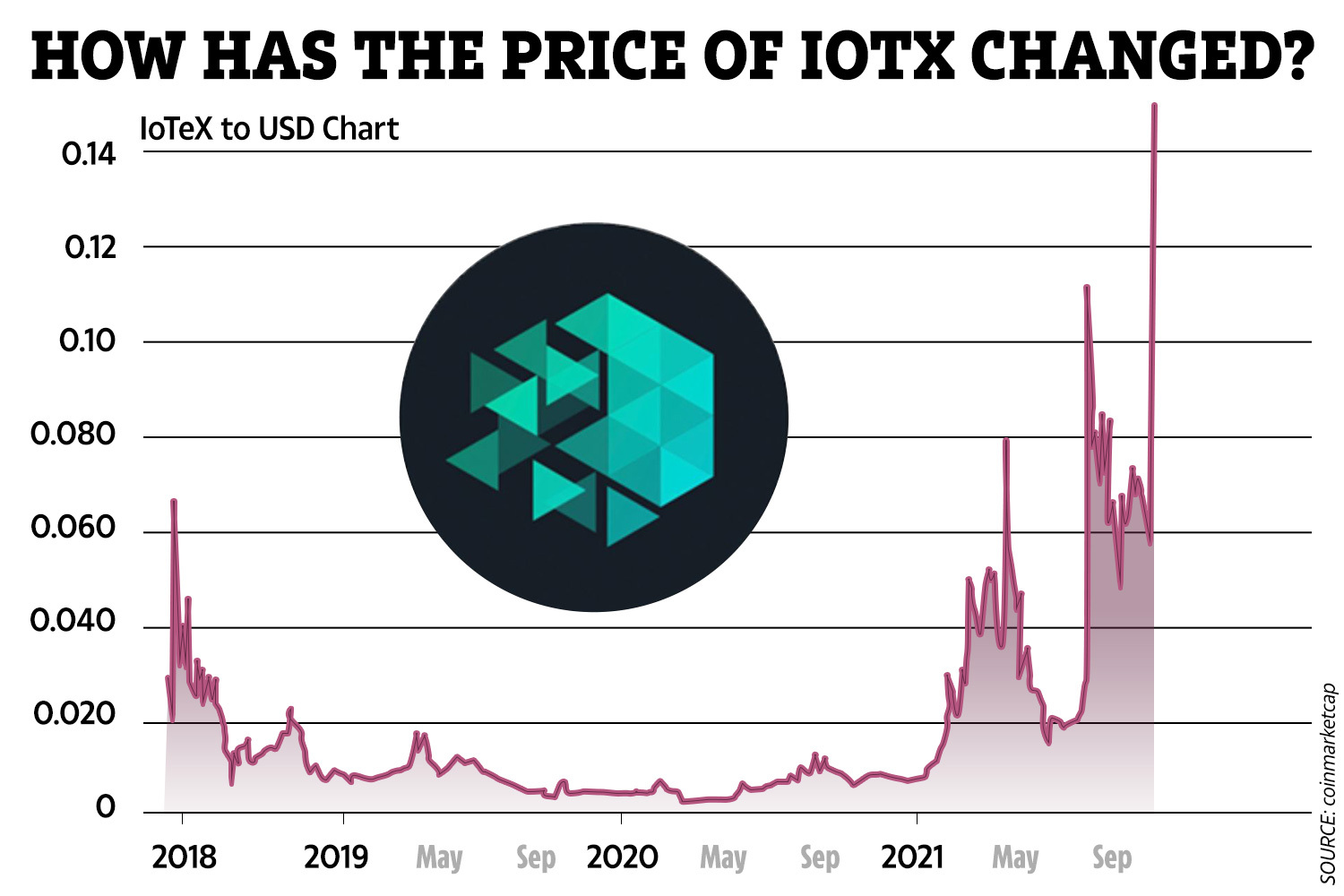 IOTX is the cryptocurrency of IoTex and powers transaction on the network.

The token has been trading at an all-time high of $0.1803 and is the 87th biggest cryptocurrency, according to coinmarketcap.

Here we explain what the digital coin is and what could happen to its price – and the risks involved.

What is IoTex cryptocurrency?

IoTex was founded by Raullen Chai, Qevan Guo, Xinxin Fan, and Jing Sun as an open source project in 2017.

The project says its mission is "to create an open ecosystem where humans and machines can interact with guaranteed trust, free will, and privacy".

IoTex has mo9re than 30 engineers and scientists working on the project, including from Uber, Google, Intel and Facebook.

The project wants to make IoT devices like cameras, thermostats, and virtual assistants that are not owned or run by a single company or institution.

it says on its website that it its goal is to "enable a future that is connected, empowering, and safe – no intrusive ads and surveillance, just privacy and peace of mind without sacrificing usability."

The Ucam connected camera is one of the first devices powered by IoTex.

The price of IOTX fell between 2018 and 2021 but it has rocketed in price since the start of October.

What are the risks of cryptocurrencies?

Cryptocurrencies are very volatile which means the price can go down as well as up – and it can do so very quickly.

It means you can lose all you money and you should never invest money that you can't afford to lose – or in financial products that you don't understand.

There are many risks in crypto, including that you won't be able to access the cash you've put in, or sell when you need to.

There's no consumer protections like there are with traditional financial products, so you'll have no one to complain to if things go wrong.

There's never any guarantee when it comes to cryptocurrency prices, andyou could lose all your cash.

Coins' value are not tied to any asset and could be worth nothing at all in future.

Just because it's gone up in price before does not mean it will do in future and it could go down in price.

But that hasn't stopped some making predictions – here's what lie in store for the price of IOTX.

According to coinmarketcap and based on the sudden recent surge in price, technical experts suggest that IoTeX will soon hit $1 – but a "strong dip" could still hit.