IRAM RAMZAN: Race report shows this victim culture is wrong – and so damaging

When I was nine years old and queuing for lunch at school one day, a black boy in the year above me suddenly turned around and called me a ‘chocolate bar’.

I looked at my beige-coloured skin in confusion. I thought ‘But I’m not as dark as chocolate – why would he say that?’ When I pointed out that he was in fact darker than me he accused me of being racist!

I grew up in the mill town of Oldham in Greater Manchester, which is still largely segregated along racial lines. My family, of a Pakistani-Kashmiri background, lived in a white area and my primary school had only a handful of Asian or black children.

Though most of my friends were white, I did experience racism – occasionally being called a ‘Paki’ in the playground. At secondary school there were more Asian children so there were no such name-calling or chants. But I was once beaten up by white teenagers at a bus stop who targeted me purely because of my ethnicity.

Now, at the age of 33, I rarely think of these incidents. In fact, I have never dwelt on them because if I did, I wouldn’t see myself as anything but a victim. I also know from family experience just how far this country has come in terms of tolerance and respect when compared with the experiences of my mother’s generation. It was they who faced real racism in the 1970s and 80s when my mother remembers being insulted as a matter of routine in the streets and at school.

My uncle, incensed about complaints from the ‘woke’ crowd who insist racism is rife here, tells me that my generation ‘just don’t know you’re born…You didn’t have to arm yourselves with weapons on the street in case you were attacked by a skinhead. We suffered so you didn’t have to.’

Yet certain groups and activists do not seem to understand how much Britain has changed, persisting in their claim that it is a country rigged against ethnic minorities. Indeed, the findings of the Commission on Race and Ethnic Disparities is being described as a ‘whitewash’, because it found no evidence of Britain being institutionally racist. I have no doubt that racism exists – because we humans will always show prejudice in one way or another. 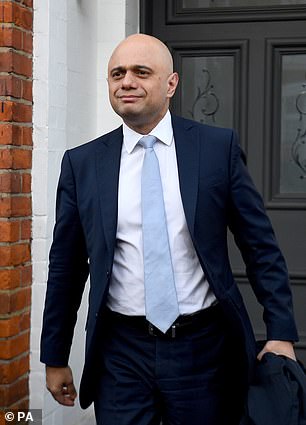 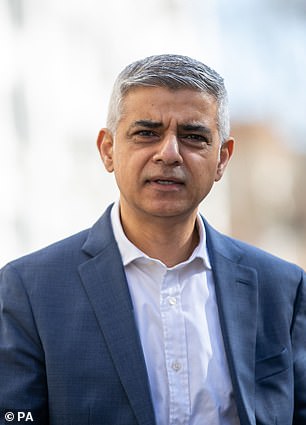 Where else would the sons of two Pakistani bus drivers – Sajid Javid and Sadiq Khan – go on to become Chancellor and Mayor of London?

But it is not only white individuals who are guilty of this.

As my experience in the lunch queue showed, inter-ethnic racism is real and rarely discussed. Kashmiris are often seen as ‘low class’ by Punjabis, for example, and certain Pakistanis will look down on Bengalis because they are often darker-skinned.

In fact, the very last time someone called me a ‘Paki’ was when I was 18 – it was a Bengali boy who said it, not a white one. Of course, there are socio-economic inequalities within all these groups. Indian and Chinese students continue to have the highest achievements compared with black Caribbean and Pakistani children. And yet they are all lumped into the ‘BAME’ category although they certainly don’t see themselves as one collective group.

This demonstrates how, rather than racist, Britain is still divided by class and there are still barriers that people from a poorer background will face.

I’ve never felt my ethnicity was a barrier in my career as a journalist. If I ever considered that I didn’t ‘fit in’, then it was usually due to what I perceived as ‘class’ – the fact that I didn’t go to a private school or to Oxbridge like many who work in the media. In my view, there is a reason why so many people from around the world risk their lives to come to the UK. It’s because we are largely a tolerant and welcoming society and opportunity exists here.

Where else would the sons of two Pakistani bus drivers – Sajid Javid and Sadiq Khan – go on to become Chancellor and Mayor of London? That would not have been possible in their parents’ homeland where inequalities between the rich and poor are so entrenched. While there are real obstacles to achieving equality, there are practical ways our country can overcome them.

But not if we continue to believe in this narrative that says the deck is permanently stacked against ethnic minorities.

An extraordinary row broke out last night over a landmark report into the state of race relations in Britain.

The study, which was months in the making and produced by a group of 12 experts – only one of whom was white – concluded that there was no evidence of institutional racism in this country.

Its findings were branded as a ‘whitewash’ by the Left last night, but they were welcomed by some campaigners.

Duwayne Brooks, a friend of Stephen Lawrence, said he agreed that not all disparities in the UK were caused by racism.

The activist told Times Radio: ‘What the report is doing is comparing life for the ethnic minorities in Britain, in comparison to the European countries, where life would be much, much worse than how it is today.’

He added: ‘It’s not as simple to just say that the black people of Britain cannot get jobs because they’re black. And that’s what people want the report to say.’

Baroness Kishwer Falkner, chairman of the Equality and Human Rights Commission, added: ‘This report rightly identifies the varied causes of disparities and by making recommendations to address them gives the Government the opportunity to design policy targeting the sources of inequality.

The Commission on Race and Ethnic Disparities report, commissioned by the Prime Minister after last year’s Black Lives Matter protests, said Britain was no longer a country where the ‘system is deliberately rigged against ethnic minorities’.

The report said factors such as geography, family influence, socio-economic background, culture and religion all impacted life chances more than racism, and concluded the UK was a ‘beacon’ to the world as a successful multi-ethnic nation which displayed much more tolerance than its neighbours.

But unions said the report denied the experiences of black and minority ethnic workers. Labour justice spokesman David Lammy said black Britons were being ‘gaslighted’ and called the report an insult to anyone in Britain who had experienced structural racism.

The report’s authors were also accused of trying to put a ‘positive spin on slavery’ after they called on schools to use history lessons to ‘tell the multiple, nuanced stories of the contributions made by different groups that have made this country the one it is today’.

In his foreword, commission chairman Tony Sewell said there was a new story to be told about the ‘slave period’ and about how ‘culturally African people transformed themselves into a remodelled African/Britain’.

But Halima Begum, chief executive of the Runnymede Trust, a race equality think-tank, said: ‘I’m absolutely flabbergasted to see the slave trade apparently redefined as “the Caribbean Experience”; as though it’s something Thomas Cook should be selling – a one-way shackled cruise to purgatory. The cultural deafness of this report is only going to become clearer in the coming days and weeks.’

Dr Sewell, who insisted that the commission simply hadn’t found evidence of institutional racism in Britain, said some communities were haunted by historic racism and there was a ‘reluctance to acknowledge that the UK had become open and fairer’.

He said the review found some evidence of bias, but often it was a perception that the wider society could not be trusted.

NHS Providers said it disagreed with the report’s conclusions and said there was ‘clear and unmistakable’ evidence that NHS ethnic minority staff had worse experiences and faced more barriers than white counterparts.

Sabby Dhalu, of Stand Up To Racism, said: ‘Suggesting Britain should be regarded as a “model for other white-majority countries” is an insult to all those who lost their lives due to racism.’

But Chancellor Rishi Sunak said progress had been made in tackling racism, telling ITV’s Peston: ‘If I think about the things that happened to me when I was a kid, I can’t imagine those things happening to me now.’

The 264-page report also called on ministers to tackle online abuse, lengthen the school day to help disadvantaged pupils, force police to switch on body cameras during stop-and-search encounters, and establish an independent body to target health disparities. The Prime Minister said the Government will consider the recommendations.