A restaurant manager has hit back at a complaining customer who said she had to pay £7 for a glass of Prosecco.

Tom Fahey, general manager of The Terrace in Yarmouth, Isle of Wight, replied to a negative review on TripAdvisor to defend his establishment.

After disgruntled customer Sue complained about prices and a limited menu, Tom savagely rebutted and advised her to ‘ask Mr Google’ before going out for dinner.

He later deleted his response and replaced it with a different ‘tone’ – although he added he stood by his point. 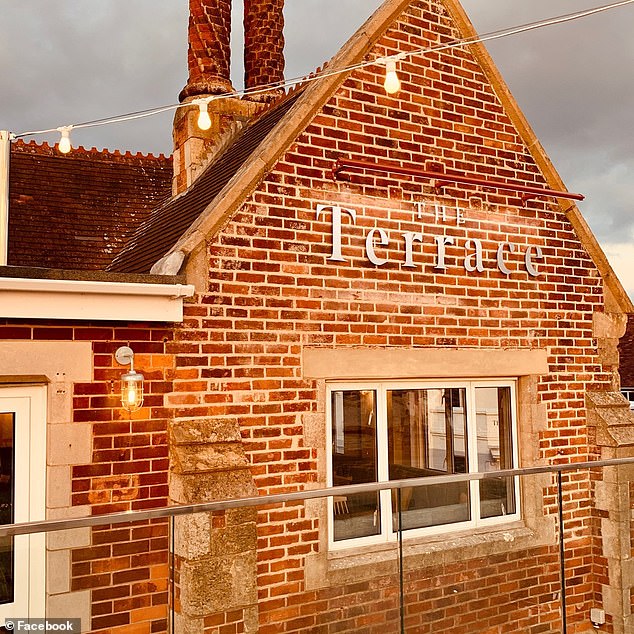 The manager of The Terrace restaurant in Yarmouth, Isle of Wight, hit back at a customer’s negative review of his establishment 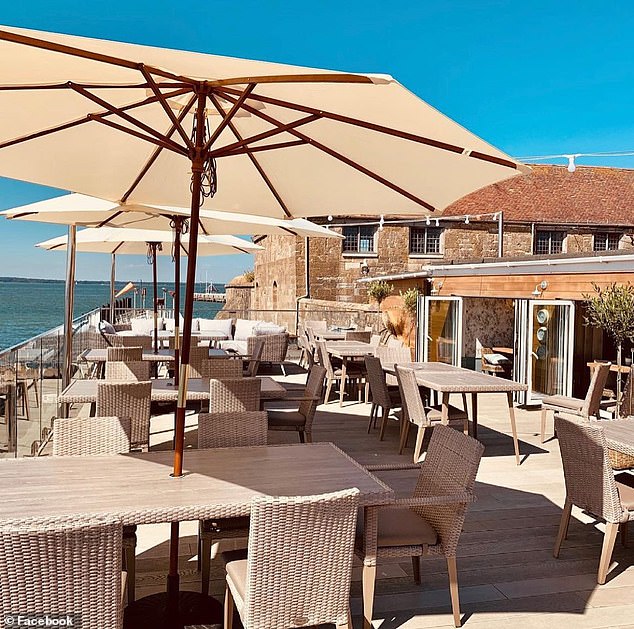 The woman, named Sue, complained she had to pay £7 for a glass of Prosecco and wait up to an hour for a salad and a terrine

In her scathing two-star review, Sue said The Terrace was in a ‘stunning location’ but claimed there was a ‘very limited menu’ because she hadn’t booked ahead.

She wrote: ‘We thought we were lucky to get a table outside with a view of the marina on a glorious day.

‘However, they failed to tell us that walk-ins get a very limited menu and those that book get the full menu which sounds amazing. We sat for an hour until we could even order from the limited menu.’

She also claimed she wasn’t allowed to order olives and had to wait an hour for a salad and a terrine.

‘They are quids in with the beer and wine,’ she added, claiming it was ‘discriminating’ not to allow her to order from the full menu.

Responding to Sue’s negative review, Tom said: ‘I know you feel aghast at not getting what you wanted in walking into a fully booked restaurant on an incredibly busy day in high summer, but I’m going to humor you and respond by explaining a bit about wine pricing, the cost of land and how restaurants work. 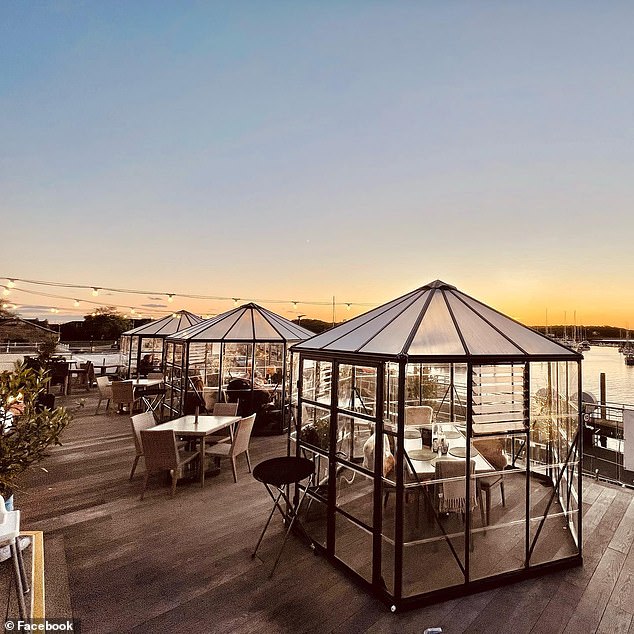 Despite claiming she had a bad experience at The Terrace in Yarmouth, Sue admitted the restaurant was in a ‘stunning location’ 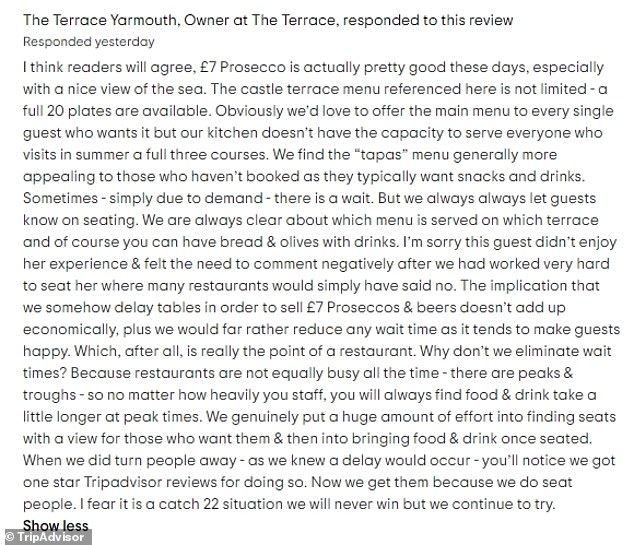 After initially responding to Sue’s complaint with a sassy message, Tom edited his reply explaining he hadn’t struck the right tone

‘As someone who appears to own a boat that requires mooring, you will no doubt appreciate the cost of buying or leasing waterside real estate.’

After making his point and then some, Tom ended his review with a tip for the diner that he said would ‘equally benefit’ both her and restaurateurs.

He wrote: ‘If you moor up in a busy seaside town in August and want to eat food that ‘sounds amazing’, my advice is to book a table.

‘Or, at the very least, ask Mr Google to tell you which menus are available where.’

Later, Tom appeared to regret his scathing response, which he deleted.

Taking to Twitter, he said he stood by the ‘substance’ of his message but didn’t think he had struck the right tone.

He said: ‘The story should be the heroic efforts of our team to delight 300+ guests a day, not mine in snarkily dressing one down.’

He edited his review on TripAdvisor and replaced it with one which said: ‘I think readers will agree, £7 Prosecco is actually pretty good these days, especially with a nice view of the sea.

‘The castle terrace menu referenced here is not limited – a full 20 plates are available.’