“Nothing is excluded,” said Picasso, when asked about his methods. The Picasso Century at the National Gallery of Victoria provides the evidence for that sweeping claim. The show uses the iconic artist as the key to unlocking an overview of the Modernist epoch. We see how Picasso’s innovations helped shape very different movements and tendencies; how he was personally influenced by a range of art and ideas, friendships and associations. It reveals the artist’s genius as not simply a bolt from the blue, but a gathering of many factors.

As such, the exhibition offers more than the standard “greatest hits” packages to which Australian audiences have become accustomed. When the Art Gallery of NSW staged Matisse: Life and Spirit earlier this year, most of the show was drawn from the collections of the Centre Pompidou in Paris, but the only idea was to include whatever Matisse works that were available. This succeeds well enough if you’re dealing with an artist of monumental stature, but the exhibition itself was no more than a trophy cabinet. 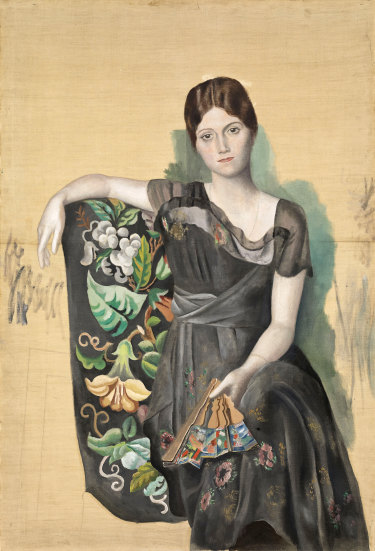 The NGV, in putting together a Picasso survey in which the major lender is again the Centre Pompidou, has taken a very different approach. In discussions with the Pompidou’s deputy director, Didier Ottinger, the gallery arrived at an original concept for the show – no mean feat, as Picasso has been looked at from almost every imaginable angle.

Enlisted as guest curator, Ottinger explored an idea he has nurtured for some time. The show looks at the arc of Picasso’s career, from his days as an impoverished bohemian in Montmartre, to an old age in which he was both worshipped and scorned. The journey is divided into stages that reflect large historical events such as world wars I and II; the role Picasso plays in movements such as cubism and surrealism, and notable relationships with other artists, such as George Braque, Julio Gonzalez or Wilfredo Lam. Along the way, we look at Picasso’s engagement with primitivism and classicism, and the thorny issue of political commitment. The display includes paintings, sculptures, prints, drawings and ceramics, along with archival photos and films.

What’s most original is the inclusion of so many other artists. The show features pieces by famous names such as Braque, Giacometti, De Chirico, Magritte, Dali, Miro and Bacon, along with a fascinating group of works by lesser-known figures. Artists such as Kay Sage and Rita Kerrn-Larsen were not among the leading lights of the surrealist movement, but for context (and gender balance!), they add colour to the mosaic of this exhibition. 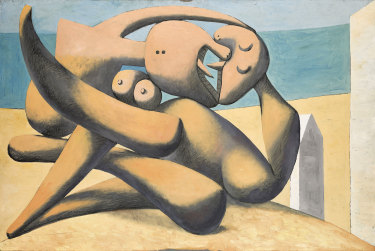 Pablo Picasso’s Figures by the Sea.

The truly jarring inclusions are by artists such as Picasso’s left-wing friend Edouard Pignon, who is represented by no fewer than four works, and a grim painting by Andre Fougeron, a dedicated Communist who felt Picasso’s membership gave the party the wrong look. Fougeron was not the only sceptic when the millionaire modernist became a communist in 1944. Picasso would donate artworks and cash, and attend events when required, but was never a natural fit.

Ottinger relates how Picasso overcame his reservations about joining the communists after spending an evening with a number of De Gaulle supporters. This convinced him that communism was a better alternative. He might also have been seeking to make sure no one questioned his loyalty to France at a time when the Nazi occupation was coming to an end and the French were looking for collaborators and scapegoats. 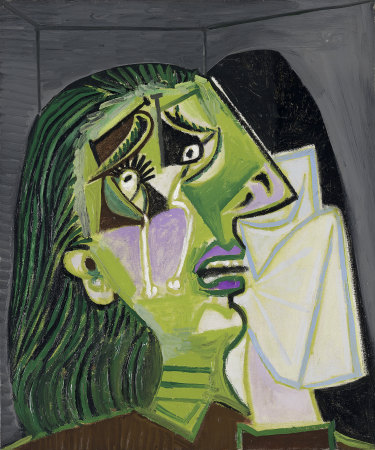 I’m not sure we’re expected to admire the works in the part of the show devoted to “political engagement”. With the obvious exception of Guernica, Picasso was never comfortable making art with an overtly political theme. Massacre in Korea, 18 January 1951 (1951) is one of the most leaden pictures he ever produced. He is weirdly playful in a 1949 drawing of a hand holding a glass of wine, with the inscription: “Staline, a ta sante” (Stalin, to your health). Four years later, when Stalin died, the portrait sketch Picasso produced would cause outrage among the party faithful. 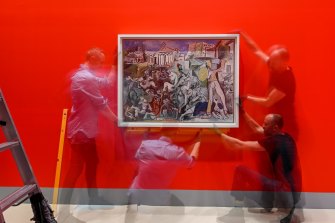 Picasso’s loyalties were questioned no less strenuously in respect to cubism, the revolutionary style he and Braque had pioneered, when it was taken up by a group of so-called salon cubists and made into an avant-garde orthodoxy. The show contains works by second-division cubists such as Jean Metzinger, Albert Gleizes, Andre Lhote and Roger de la Fresnaye, which are competent but uninspired. When Picasso moved on to a neoclassical phase, he was accused of betraying a movement he had never viewed as a movement.

Although he was more sympathetic to the surrealists, Picasso kept a watchful distance, never joining the group or signing any of their manifestos. André Breton, the surrealist generalissimo, was reverential in his attitude and lost no opportunity to sing Picasso’s praises. Yet the artist’s most overtly surrealistic pictures were deeply personal, bound up with his own desires and frustrations – his increasing fixation on his young mistress, Marie-Therese, and the “demonic” anger of his wife, Olga. 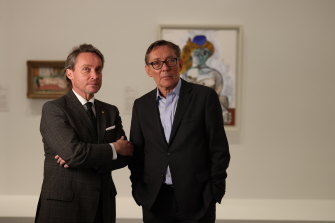 Olga, whom he had depicted as a classical beauty in Portrait of Olga in an Armchair

(1918), became a homicidal monster in later works such as Woman with Stylus (1931). At the same time, Picasso’s sexual obsession with Marie-Thérèse took on a violent, “cannibalistic” dimension. The abstracted lovers in Figures by the Sea (1931), seem to be devouring each other.

The violence that lay so close to the surface in Surrealist painting reflects those impulses buried deep in the mind, sublimated in everyday life. They are unleashed in Magritte’s The Murderous Sky (1927), with its collection of blood-soaked dead birds; and Masson’s Gradiva (1938-39), which equates the female form with a slab of meat.

After a room filled with ceramic plates, testifying to the fertility of Picasso’s late invention, we arrive at the final part of the show, populated with crude, flamboyant paintings of musketeers and other figures in 17th-century costume. When first exhibited in 1973, these works were greeted with almost universal dismay. To the artist’s admirers, they looked like grotesque parodies of Rembrandt — frivolous, self-indulgent fantasies that ignored all the urgent political events a great painter might have addressed. For a growing band of detractors, Picasso had revealed his irrelevance to a contemporary art scene fiercely devoted to abstraction.

We know what happened next. Having been tossed into the dustbin of history, Picasso’s ghost would rise and inspire a new generation of figurative artists who borrowed promiscuously from the art of the past. This post-modern moment was brief, but it dispelled any doubts about Picasso’s ongoing significance.

In retrospect, Ottinger feels the musketeers were entirely right for a turbulent era that witnessed the exhaustion of the modernist adventure. He quotes Henri Focillon, who believed that an artist was contemporary, not just with those of his own generation, but with a “spiritual group” that formed an important presence in his or her life. It’s an idea that would have been congenial to Picasso, who constantly revisited works by favourite artists, from Velázquez and Rembrandt to Delacroix and Manet. He may have dominated the 20th century like no other painter, but Picasso saw himself as a talent that could not be constrained by time.

The Picasso Century is at the National Gallery of Victoria, Melbourne, until October 9.