‘It’s going to be wonderful’: Lea Salonga geared up for Opera House return

The first time Lea Salonga saw the Opera House, on a private tour, she whispered to herself: "one day I'll perform here."

Two years later, her dream came true and she sold out the venue. Now she's back, again playing to sell-out crowds. 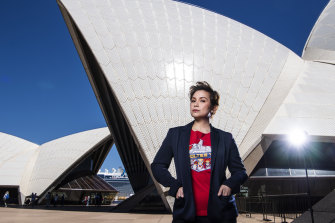 "The very first time I saw the building, the sails, I couldn't believe I was here," the singer from the Philippines said.

"It's always fun coming back to Australia. When I heard that the shows in Sydney were sold out I was like 'wow, that's pretty incredible'. It's going to be wonderful."

The 48-year-old is performing alongside the Sydney Symphony Orchestra, covering hits from musicals such as Miss Saigon and Les Miserables, as well as iconic songs from classic Disney movies.

Ms Salonga was made a "Disney Legend" in 2011, after featuring as the singing role for two of the company's most iconic princesses: Mulan and Princess Jasmine.

"It feels nice that you're seen and recognised for the work that you've done. I received the honour alongside some real heavyweights," noting that Jim Henson was posthumously given the same award. 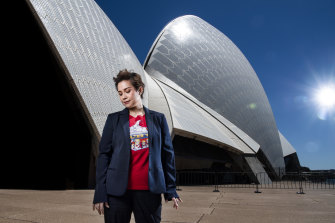 “The medium I find myself the most comfortable is probably musical theatre.”Credit:Louise Kennerley

She said she would "absolutely" be open to Disney again, depending on the role, but the stage was her first love.

"I think I enjoy everything, but I do find films to be a bit of a challenge only because I don't do them that often," she said.

"The medium I find myself the most comfortable is probably musical theatre – it's always fun to pretend to be someone else for a couple of hours. The time just kind of flies by really quickly."

She's equally at home on the other side of the fence as well, serving as a judge and coach on the Philippines version of The Voice, where she said the coaching aspect enabled her to be just as passionate as she is about performing herself.

"I feel that there's still an amount of emotional assessment in the people that you're mentoring and moulding, and you hope that this person or persons can become a part of this industry you love so much," she said.

By her own admission, her performances traverse different worlds of music, but she said if it opens up audiences to something they don't expect, that's can only be a good thing.

"It's really all about delivering the best show that we can," she said.