A FUSSY-eater who lived off cheese and onion crisp sandwiches for most of her life has finally had a proper meal — thanks to hypnosis.

Zoe Sadler, 25, crunched on Walkers crisps in buttered white bread since she was a toddler. 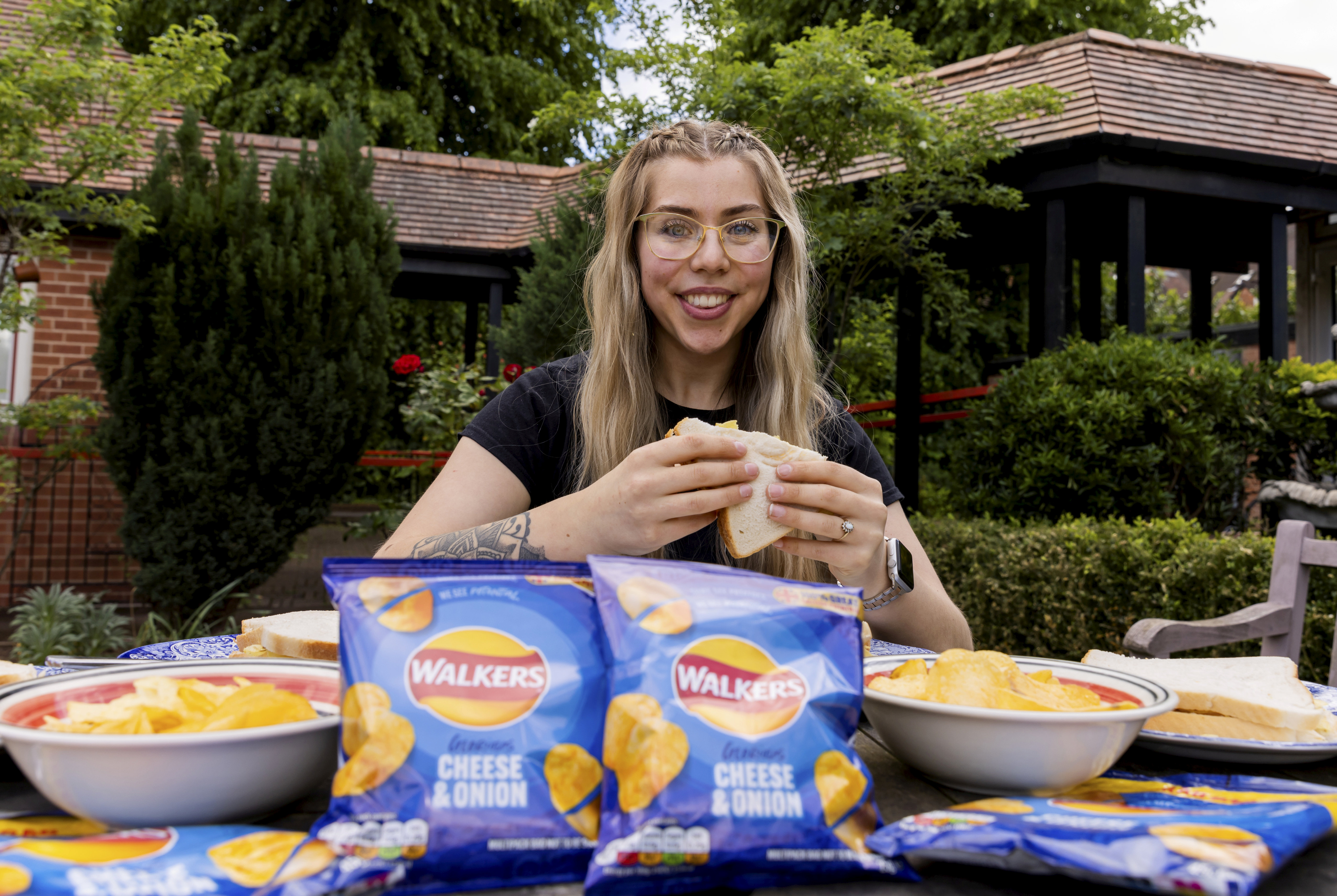 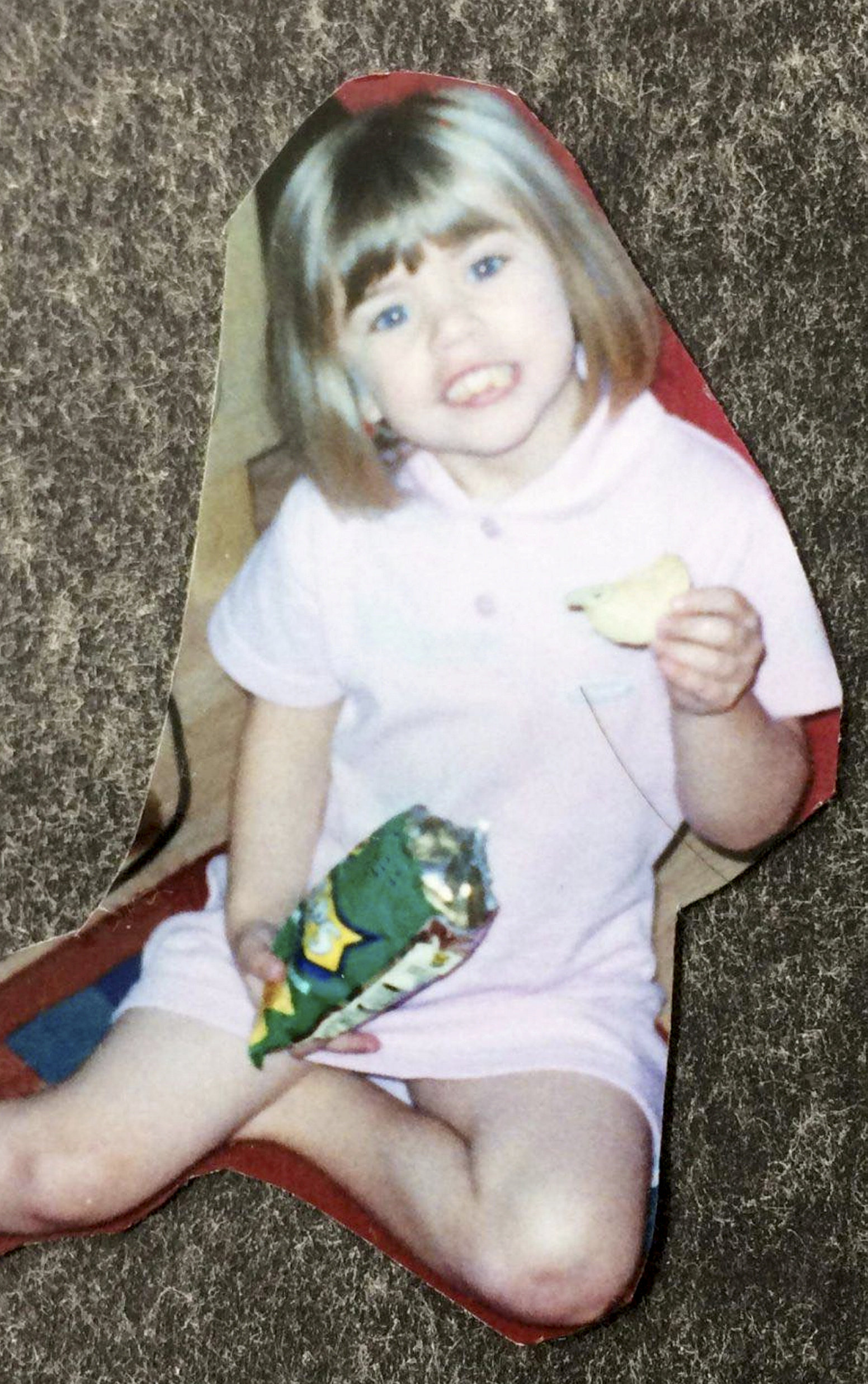 She scoffed two packs of her favourite crisps every day for more than two decades as other foods left her feeling physically sick.

But the warehouse worker wanted to change after developing multiple sclerosis three years ago and she contacted hypnotherapist David Kilmurry for help.

After two two-hour sessions her diet has begun to expand.

She said: “I can’t believe how nice strawberries are and I even tried a Wagamama chilli squid which was really spicy.” 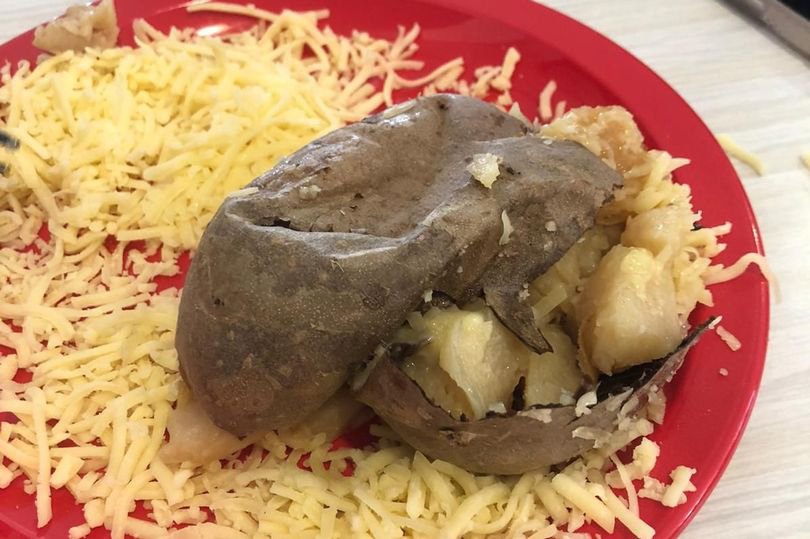 Zoe, from Coventry, said: “My mum and dad say I tried other foods as a toddler but I turned my nose up or refused to put them in my mouth.

“Apparently the only thing mum could get down me were crisps which I used to suck until they were soft.”

That routine went on as she grew older and she added: “I usually had a bowl of dry cereal for breakfast and then a crisp sandwich for lunch and another one for dinner.

“Sometimes I’d try other flavour crisps because the texture wouldn’t bother me.

TAKE TO THE FLOOR

“Christmas was always hard for me because I’d never want very much to eat. I’d be able to have a Yorkshire pudding but never with gravy.”

London-based David hypnotised Zoe for her treatment having diagnosed her with avoidant/restrictive food intake disorder.

Dave said: “Huge credit to Zoe on her recovery. Her progress has been phenomenal and has superseded my expectations.

“In a very short amount of time with myself and at home she has been calmly eating new meals.”

Zoe was also motivated to overcome her obsession with crisp sandwiches in time to enjoy a hearty meal at her wedding in March to fiancé Jason Fox, 28, a carpenter.

She added: “I really don’t just want to be eating crisp sandwiches on my wedding day. Now I’m looking forward to planning our wedding day menu with Jason.” 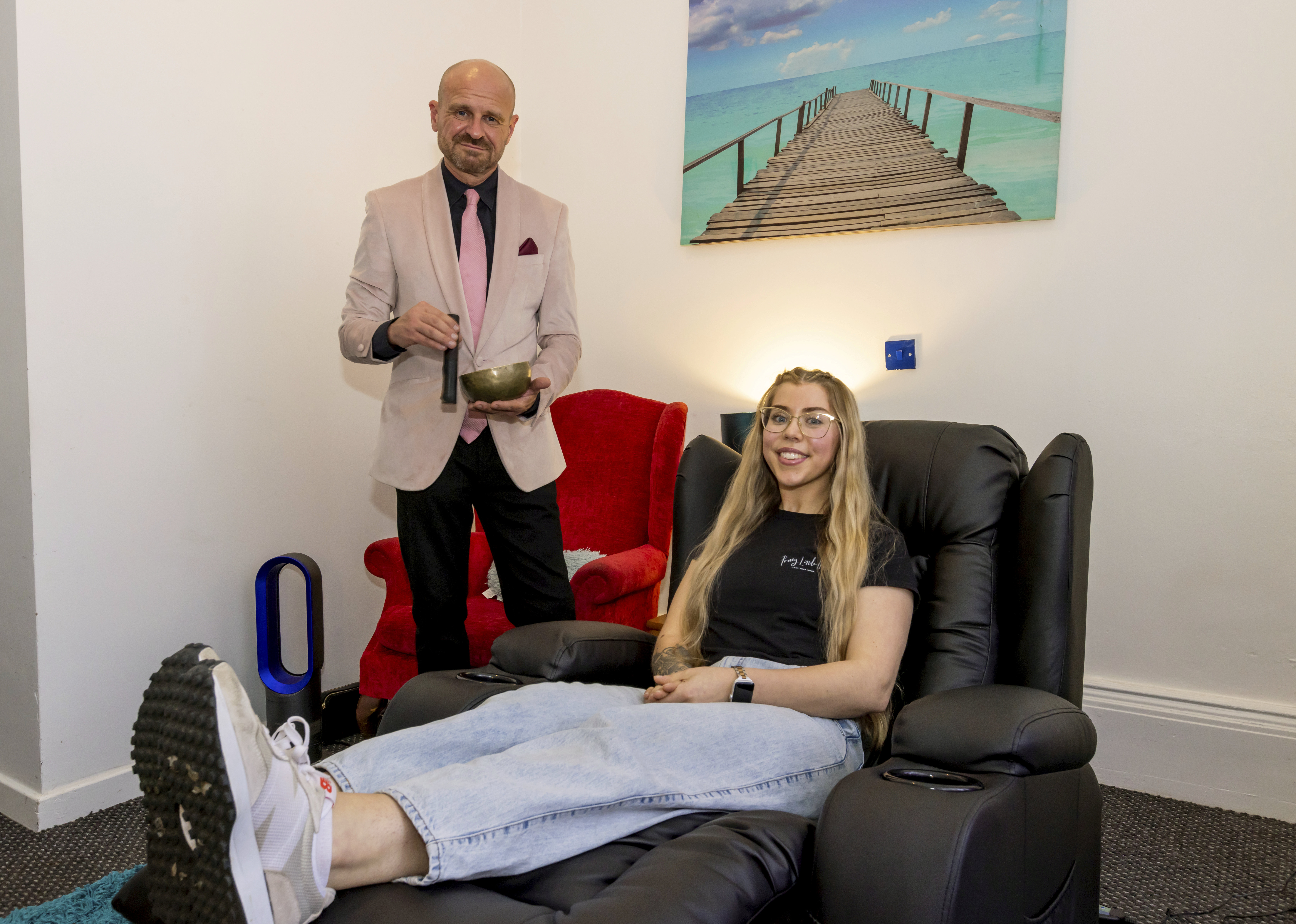