Will Smith and Jada Pinkett Smith say they have transcended the titles of husband and wife to become “life partners.”

But friends claim they were rocked when R&B singer August Alsina revealed that he had a long-time affair with Jada — sanctioned by Will.

At first, Jada’s rep said the claims were “absolutely not true.” But on Friday, Jada and Will admitted that they had secretly split for a while a few years ago, and that she did have a romantic relationship with August during that time.

“I was done with your ass,” Will said to his wife of 22 years on her Facebook Watch show, “Red Table Talk,” which has 7.1 million followers.

She went on to admit that she got into an “entanglement” with August, adding that it was “a relationship” — but that she didn’t consider it a “transgression” because she and Will, 51, were on a break. 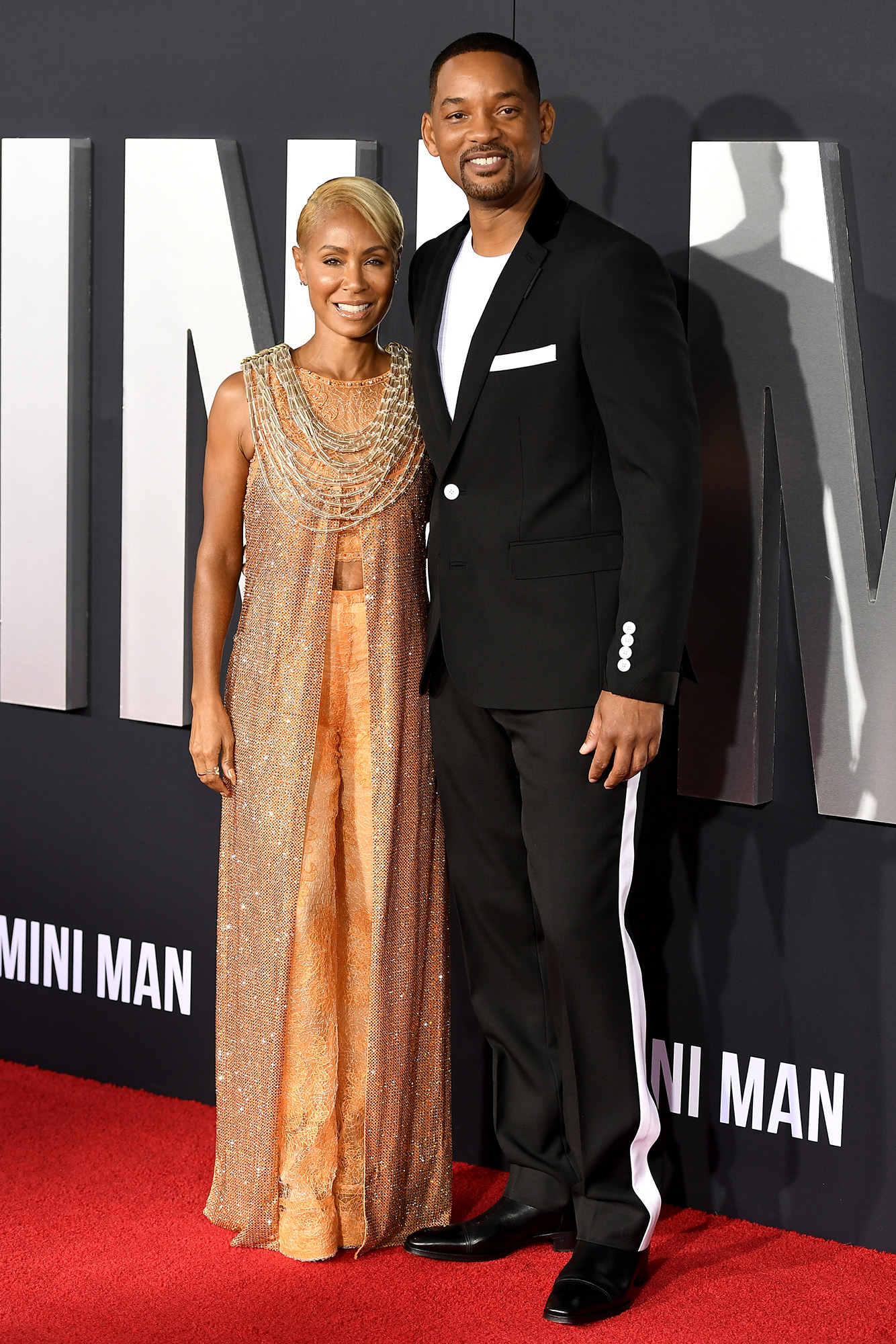 This came on the heels of August, 27, revealing the relationship in a June interview with Angela Yee on the syndicated morning radio show “The Breakfast Club.”

“I actually sat down with Will and had a conversation due to the transformation from their marriage to life partnership . . . he gave me his blessing,” August told Yee. “I totally gave myself to that relationship for years of my life, and I truly and really, really deeply love and have a ton of love for her. I devoted myself to it.”

Insiders deny that this is a publicity ploy for the Smiths or August, who released a new album days before his explosive interview.

But a Hollywood actress who is a close friend of the Smiths calls Jada rolling this out on her show — on which she has unveiled multiple family issues, including her mom’s heroin addiction and daughter Willow cutting herself — “strategic.”

“Now, because [August] is speaking up, now you want to have a ‘Red Table’?” the actress said. “I will tell you what’s gonna happen. I bet you [Will and Jada] will be glorified.”

“I think he could’ve said a lot more regarding Jada and he didn’t,” Yee told The Post. “I believe he was truly hurt about his break-up with Jada.”

According to a family friend, Will and Jada initially brought August into their Southern California home because he was struggling.

“Will and Jada have big hearts, they look after people,” the family friend said. “Look, August is troubled — he’s had a lot of things to deal with and they wanted to help him.”

Sources said that the relationship did not occur while Will, Jada and August were all staying under the same roof. 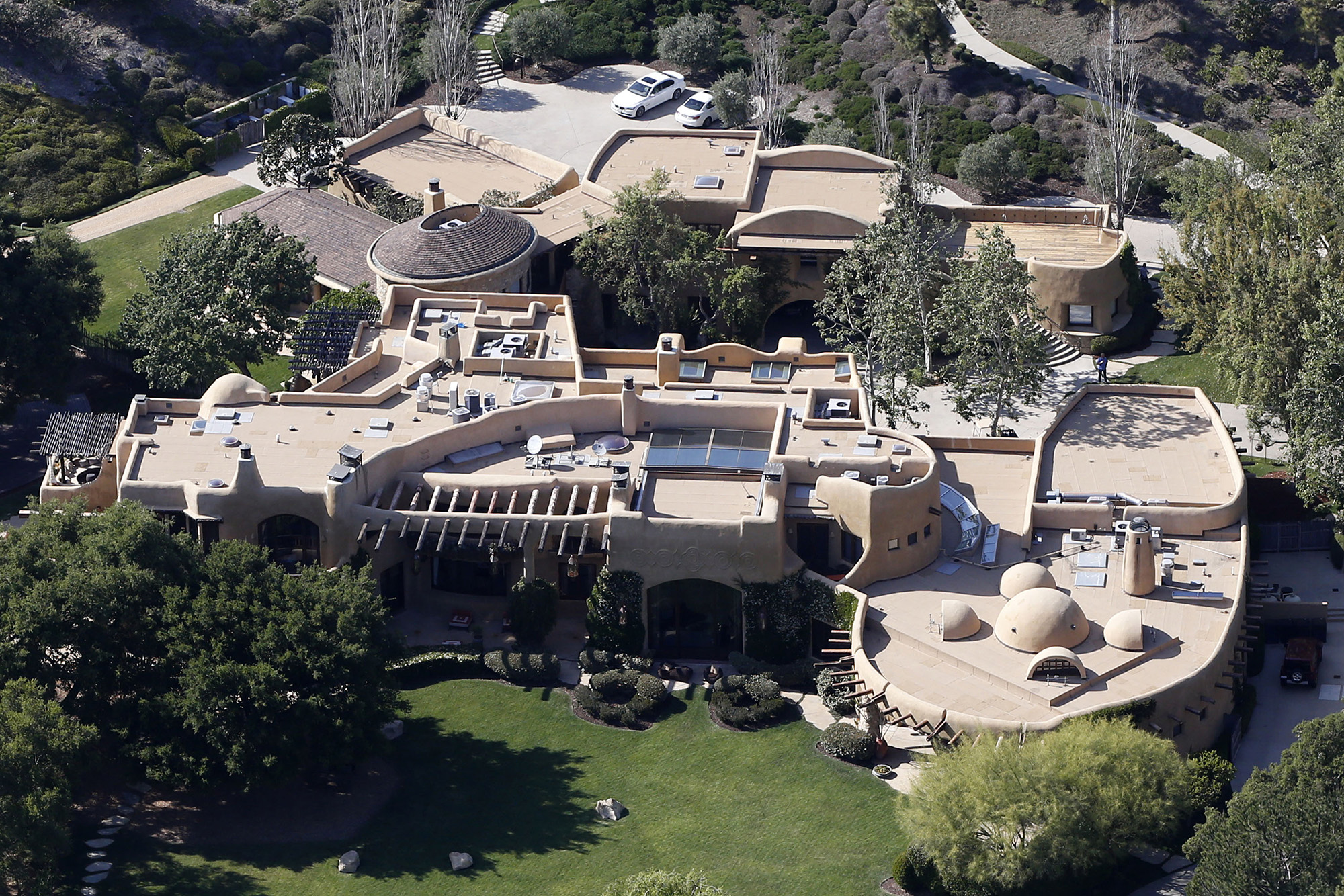 The Hollywood actress told The Post: “You can look at August and see that there’s a certain amount of pain that he is feeling, and you can hear in his words that he’s trying to speak his truth while still protecting the Smiths.

“Jada [previously] said she was mentoring him . . . what kind of mentoring was she giving him where he felt he gave his all to a relationship that has left him devastated and hurt?

“You did not help him, you helped destroy him.”

August was introduced to Jada at a 2015 London music festival by her son, Jaden, who was performing with her daughter, Willow. Onlookers reported Jada and August spent the entire time together, and photos show them looking cozy at the event.

August said that he joined the family on vacation in Hawaii in 2016. He also hit the red carpet at the 2017 BET awards arm in arm with Jada.
But August’s life has not always been glamorous.

On his 2014, debut album, he sang of his rough beginnings: from feeling abandoned by his parents to hustling to make ends meet.

As his career began to soar, he was plagued with health issues. August fell off the stage during a 2014 concert in New York, suffering 10 seizures, and ending up in a coma for three days. 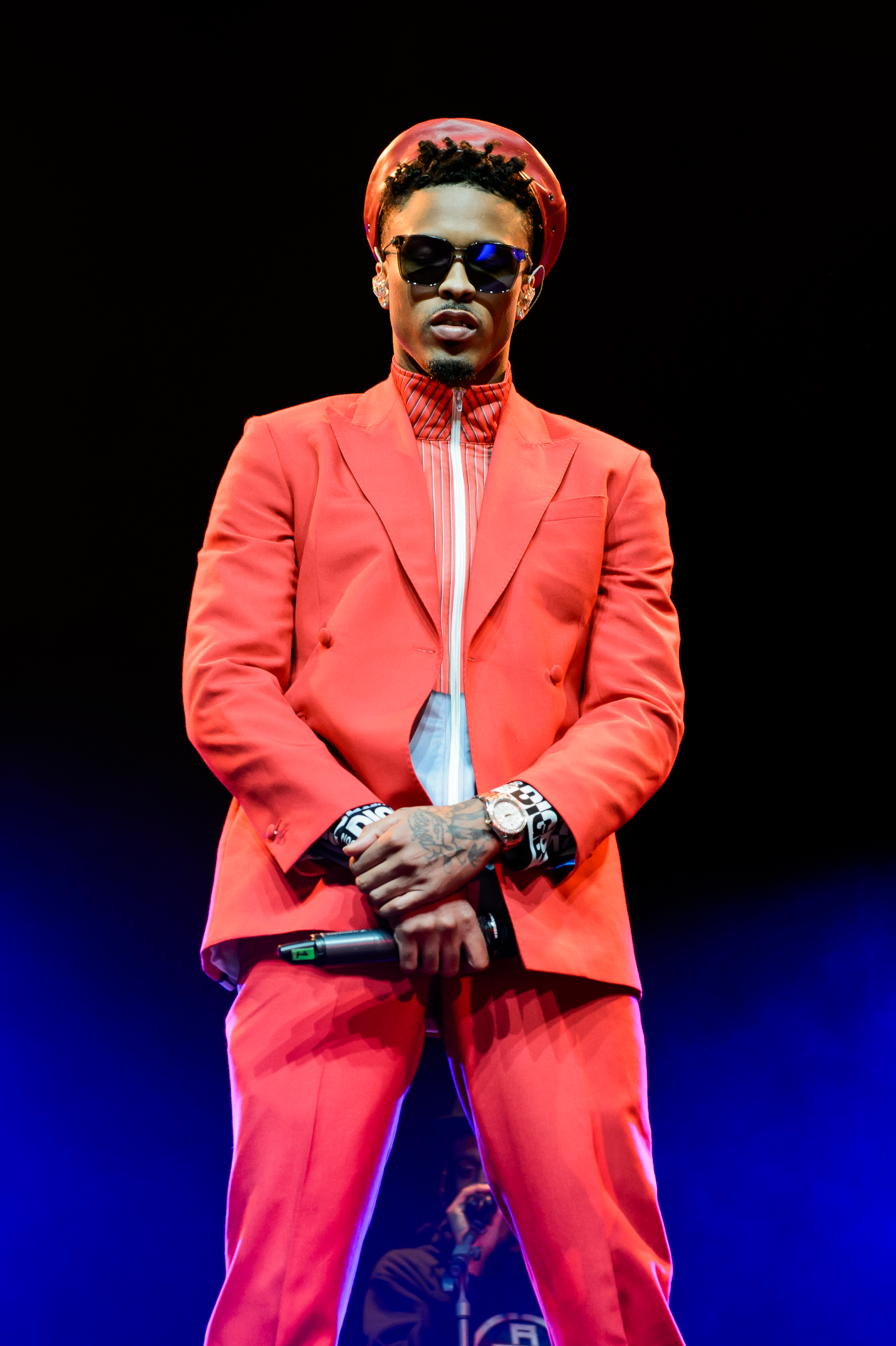 He was prescribed Percocet after the incident, which eventually spiraled into substance abuse, as he admitted to Jada on “Red Table Talk”in 2018.

In 2017, August announced that he has a liver disease that makes his autoimmune system attack itself. The next year, he underwent surgery for an unspecified disorder that left him blind in his left eye.

Last July, he was hospitalized after briefly losing the ability to walk. “I’d be lying if I said [the autoimmune disorder] hasn’t been tough on my body,” he wrote on Instagram.

In the 2018 “Red Table” interview, Jada recalled how August broke down in tears on the phone to her and asked for help. “August and I and my mother and the family as a whole have been on this journey with August towards his healing,” she said.

But eyebrows were raised when New Orleans native August released a video for his 2019 song “Nunya,” which featured a display of a text message exchange between August and a woman by the name of Koren, which is Jada’s middle name. As Complex magazine wrote, the song “illustrates his relationship with a woman who’s rejected him but is still trying to keep tabs on his sex life.”

Will and Jada have long been dogged by rumors that they have an open marriage.

And while the couple only just revealed their split, they have been brutally honest in the past about their relationship struggles.

In 2013, she addressed the rumor of open marriage during an interview on HuffPost Live: “I’ve always told Will, ‘you can do whatever you want as long as you can look at yourself in the mirror and be OK.’ Because at the end of the day . . . I’m here as his partner, but he is his own man.”

Meanwhile, in a July 2018 interview on TIDAL’s Rap Radar podcast, Will explained that he and Jada use the term “life partners,” adding, “We don’t even say we’re married anymore.” 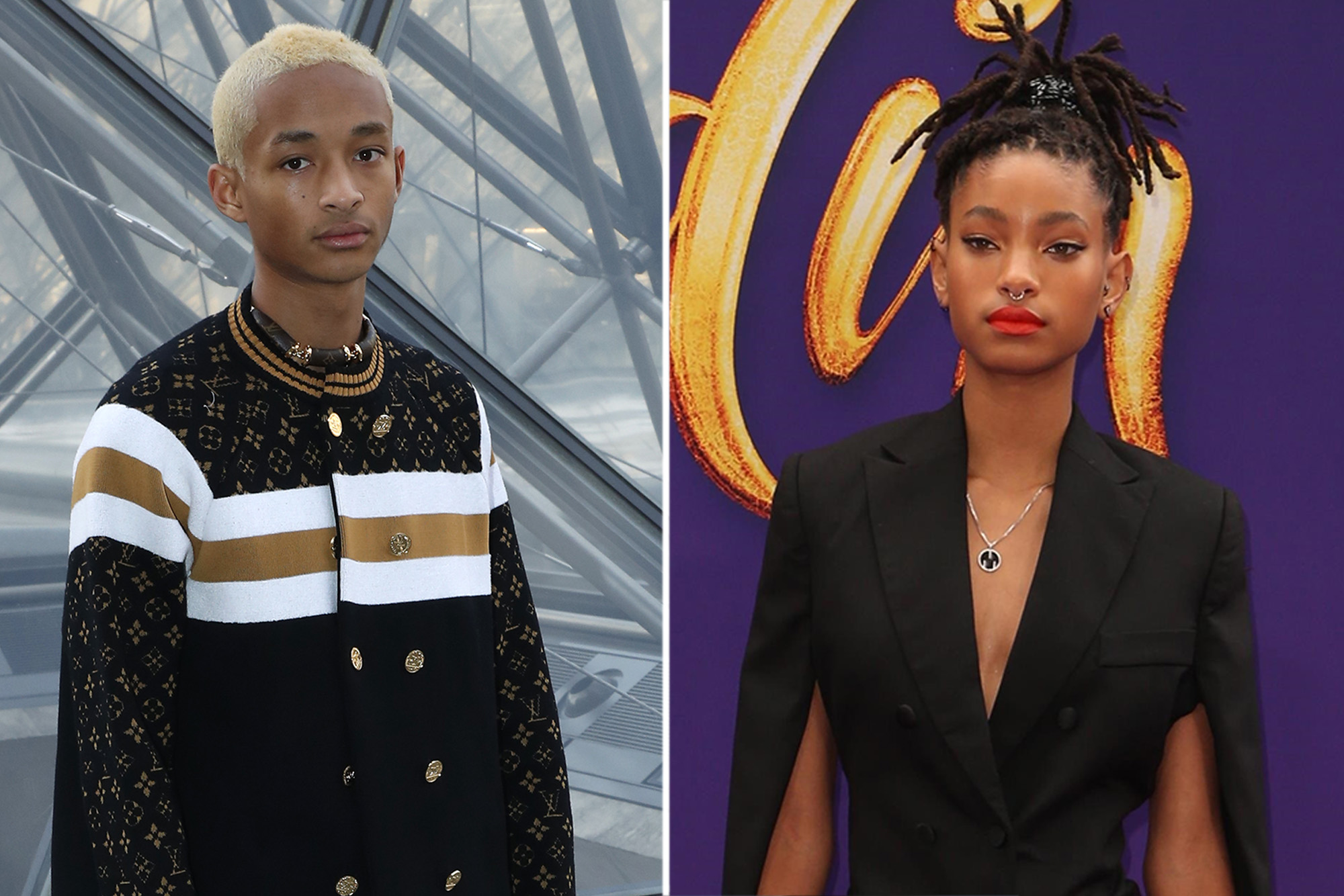 Will and Jada have said they met at a jazz club before marrying in 1997. Sources say the couple’s children, Jaden, 22, and Willow, 19, along with Will’s 27-year-old son, Trey, from a previous marriage, are used to their family’s unconventional workings.

“I don’t think [the August reveal] is embarrassing for Willow and Jaden,” said the family friend of the kids, who were home-schooled. “Once [Will and Jada] let the kids start raising themselves, per se . . . they gave them such freedom.”

According to Yee, after she interviewed August in June, “he sent the part about Jada to [the family] so that they would not be blindsided.”

On the show Friday, Jada suggested Will has already had his revenge: “I think you got me back. I think we’re good on that, OK!”

She also admitted that, once she and Will worked things out, August broke off all ties with her.

As she put it: “I let that be and I haven’t talked to him since.”

The Smiths ended the show by paraphrasing a slogan from Will’s “Bad Boys” movie franchise: “We ride together, we die together, bad marriage for life!”

END_OF_DOCUMENT_TOKEN_TO_BE_REPLACED

END_OF_DOCUMENT_TOKEN_TO_BE_REPLACED
We and our partners use cookies on this site to improve our service, perform analytics, personalize advertising, measure advertising performance, and remember website preferences.Ok