How James Cromwell was saved from being a target in prison

James Cromwell took a dramatic stand for PETA Tuesday morning by supergluing his hand to a Starbucks counter in protest of the coffee chain’s up-charge for vegan milks.

Appearing on a Facebook livestream, the “Succession” star, 82, rattled off facts about the cons of producing dairy milk from cows as he remained stuck to the Midtown Manhattan shop’s counter alongside other PETA members.

Despite advocating for inclusivity, Starbucks “still discriminates against those who can’t have dairy” by making customers “pay more” for vegan options such as almond milk and oat milk, Cromwell claimed.

“My friends at PETA and I are calling on Starbucks to stop punishing kind and environmentally conscious customers for choosing plant milks,” the “L.A. Confidential” star and longtime vegan said in a statement.

“We all have a stake in the life-and-death matter of the climate catastrophe, and Starbucks should do its part by ending its vegan up-charge.” 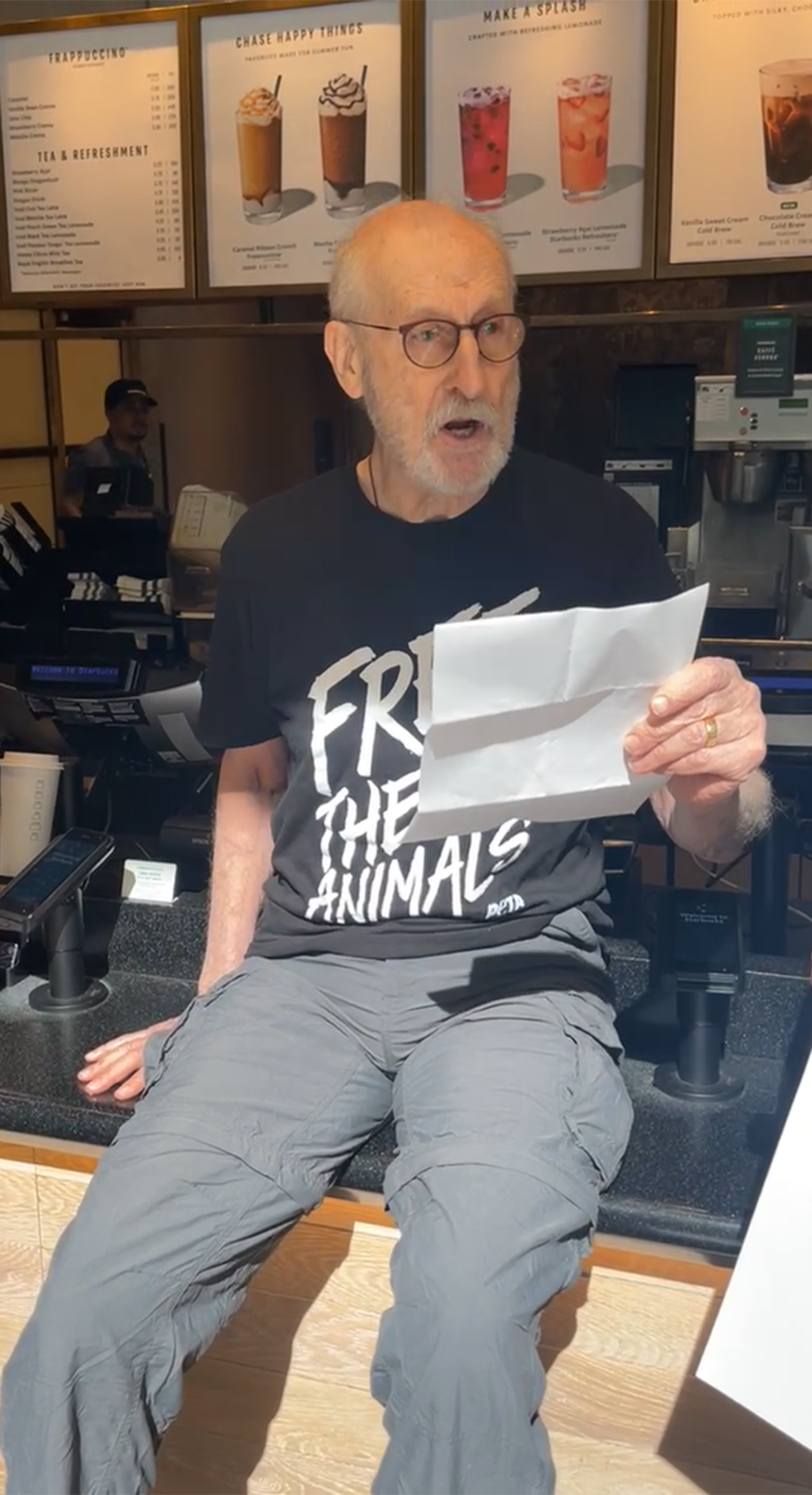 Dressed in a T-shirt that read “Free the Animals,” Cromwell and his PETA cohorts continuously shouted as the Starbucks baristas, in typical New York fashion, remained unfazed and brewed their fancy java drinks.

Police eventually arrived on the scene, and Cromwell used a knife to detach his hand from the countertop so he would not be arrested. Starbucks temporarily shut down the location. 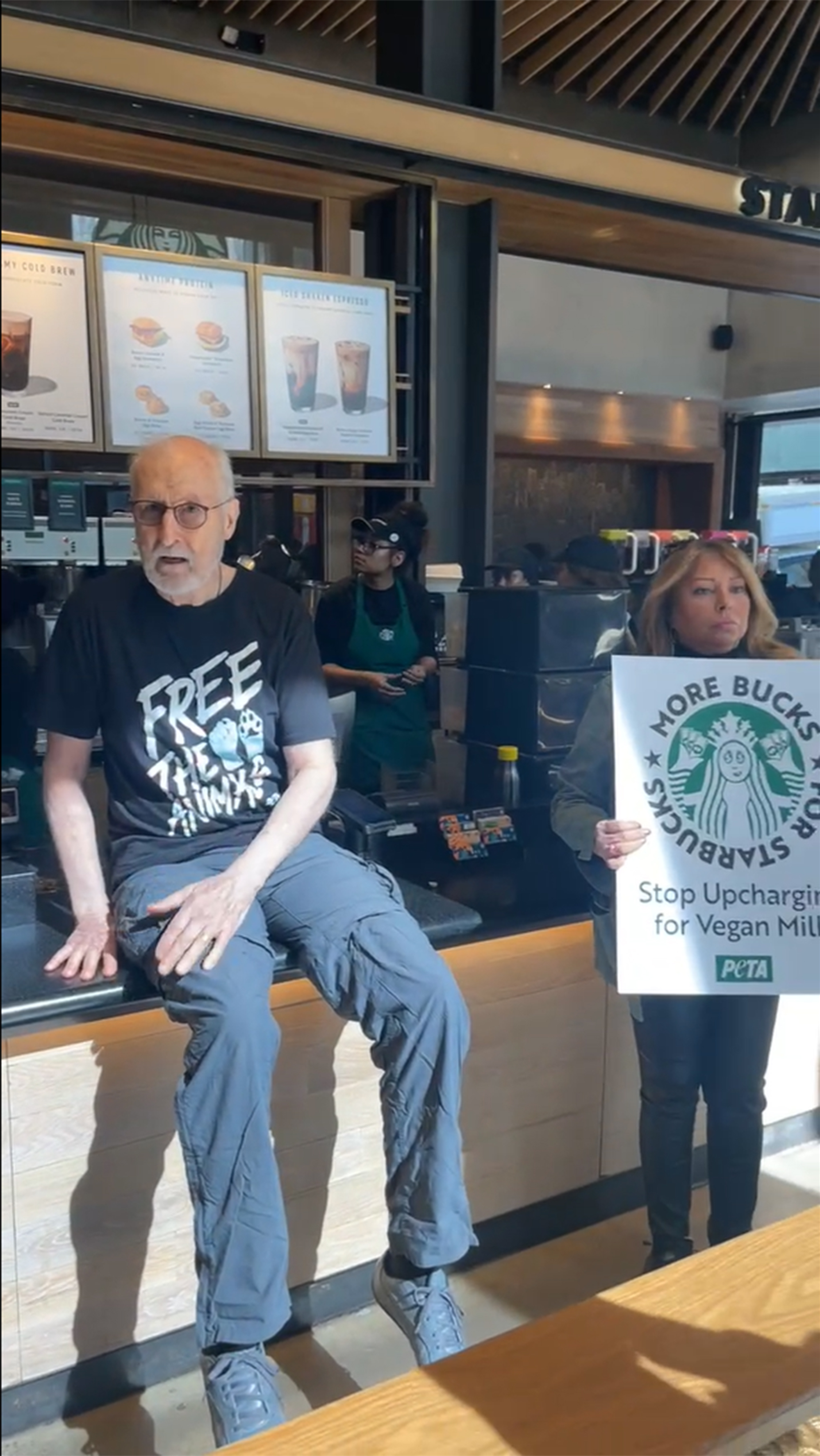 “That’s kind of what we were hoping for,” one of the protesters said of the closure.