This could not have happened without sports bras! JAN MOIR’s view from the sofa of England’s historic Euros triumph

I’m trying to move on from sports bras, but after she scored the winning goal, Chloe Kelly even took off her top and ran around the pitch to show off hers, receiving a yellow card for this transgression.

Anyway, if there was a gender bar over which we were all supposed to hurdle on this momentous occasion for female sport, no one told Ian Wright. 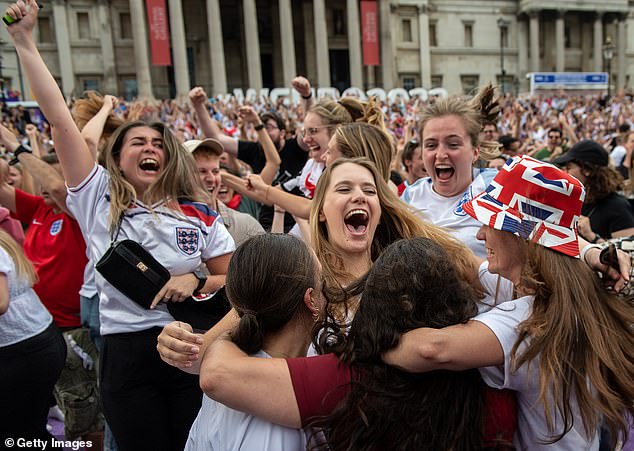 ‘When you listen to the ladies, they say how great it is to be here,’ he said of the England squad. And what about the younger fans? ‘The little girls are so grateful,’ he purred.

During the half-time chat, he and Alex Scott traded some marvellous banalities in a conversation that was hard to follow. ‘You really need to let the ball do the work,’ said Alex. 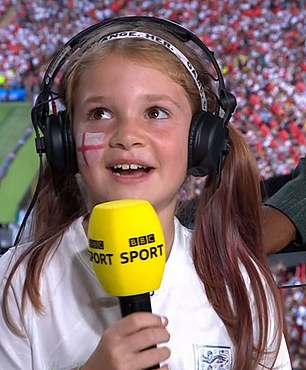 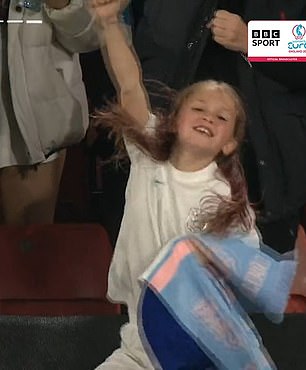 ‘Yes, get the ball in, get something, keep it further away from our half of the pitch,’ said Ian.

‘In those dangerous areas, be clever,’ said Alex – but that is what we women have been doing for centuries.

Most of the match commentary came from old hand Robyn Cowen, who always likes to line up a hat-trick of superlatives. ‘The atmosphere? Palpable, physical, visceral,’ she said at the beginning. At the end, ‘Dream makers, record-breakers, game changers,’ was her verdict. 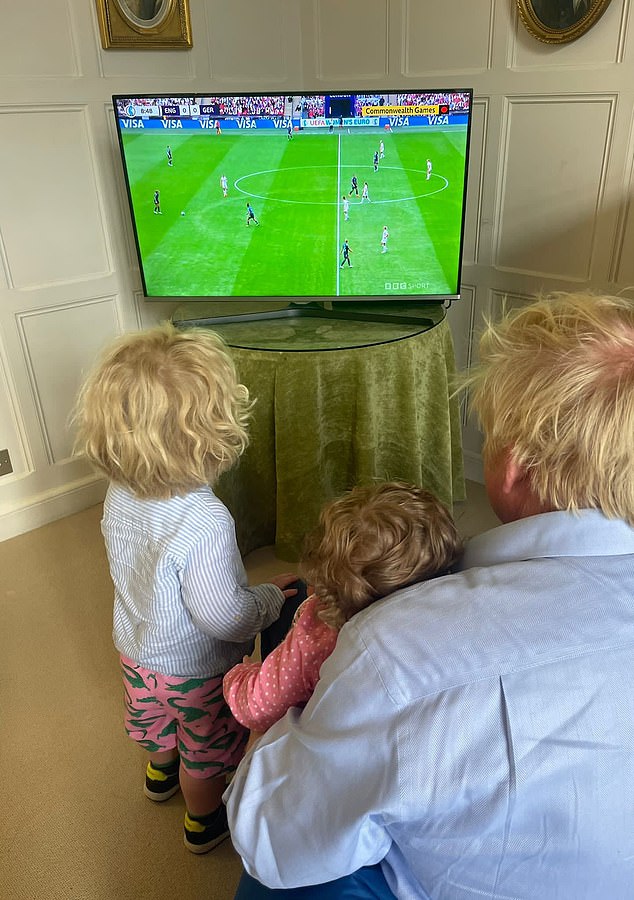 As the victory celebrations continued, nearly everyone choked up or was openly sobbing. ‘I am so emotional,’ said Ian Wright.

Maybe so, but earlier he was pointing out where the ‘ladies’ had faltered. ‘She made the wrong choice there. She should have done that low,’ he said of one England player.

That is the thing. You can be a female football player, you can win the Euros, you can triumph both in life and on the pitch. But whatever you do, there will still be a man on the sidelines, telling you where you went wrong. Never mind. Well done, girls!