Princess Mako of Japan’s family has released their first official portrait since she renounced her title to marry her commoner boyfriend.

Mako, 30, eldest daughter of Crown Prince Fumihito and niece of reigning Emperor Naruhito, gave up her place in the royal family in October when she married university sweetheart Kei Komuro.

The couple have since moved to a one-bedroom apartment in New York, where Komuro works as a lawyer. 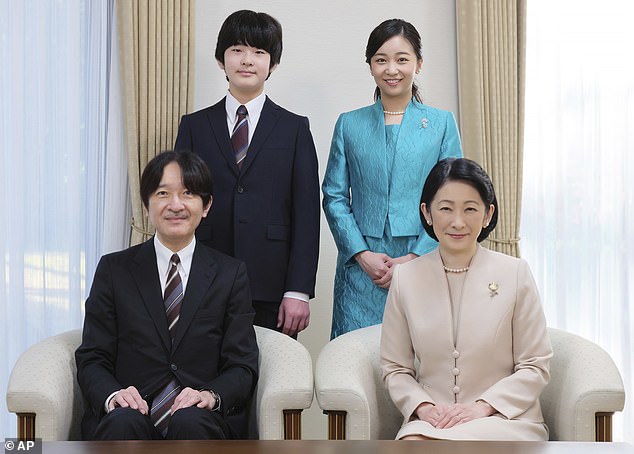 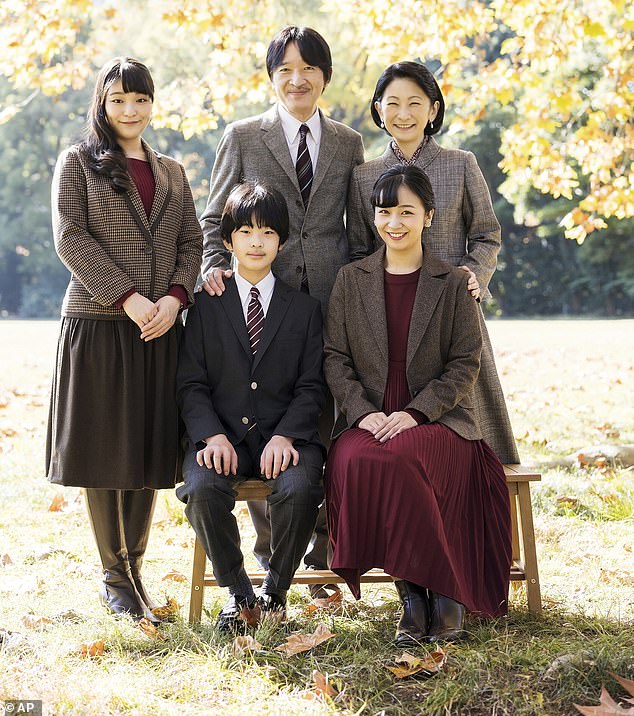 Mako, far left, eldest daughter of Crown Prince Fumihito and niece of reigning Emperor Naruhito, gave up her place in the royal family in October when she married sweetheart Kei Komuro. Pictured, Mako and her family in November 2020, a year before she left royal life 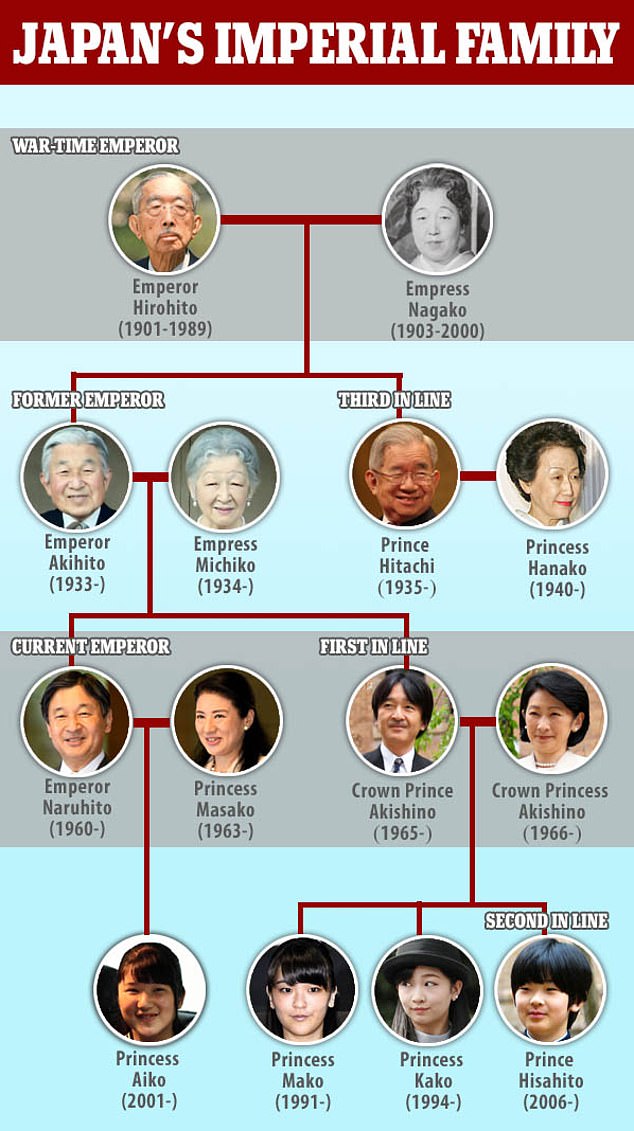 Only male heirs descended from a male emperor are eligible for the throne. The family currently has three male heirs: Crown Prince Akishino, Prince Hisahito and Prince Hitachi

To mark the start of the new year, her parents, brother Prince Hisahito, 15, and sister Princess Kako, 27, were photographed at their official residence in Tokyo.

Her uncle, the Emperor, released a separate portrait with his wife and daughter, while the former Emperor and Empress released a third photograph.

It comes after Princess Aiko of Japan carried out her first official royal engagement since coming of age as she joined her family for the traditional New Year’s ceremony in Tokyo.

Aiko, the only child of Emperor Naruhito, 61 and Empress Masako, 58, turned 20 in December, the age at which imperial family members officially begin their public life. It means she will now take on royal duties alongside senior family members. 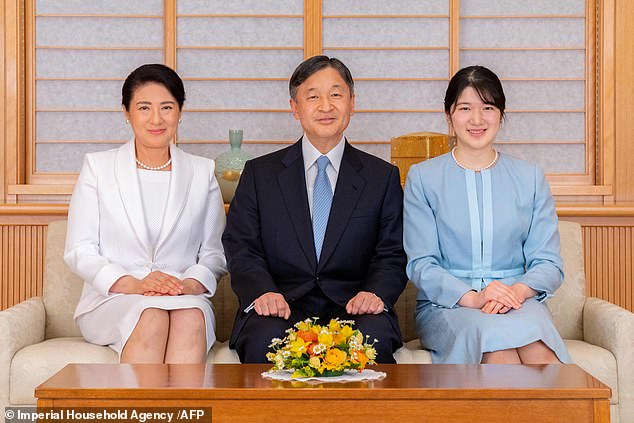 Emperor Naruhito, Empress Masako (left) and their daughter Princess Aiko pose in a family portrait session at the Imperial Palace in Tokyo, in an image released to mark the new year

On January 1, demure Aiko took part in the annual Shinnen Shukuga-no Gi in Tokyo, a reception where the most senior members of the Imperial household ring in the new year in front of illustrious guests.

For her first foray into public life, Aiko donned a white dress, white gloves and a pearl necklace. She was not, however, wearing a tiara.

The reception used to be the occasion for the women of the imperial family to don glitzy jewels and tiaras, however, since the start of the Coronavirus pandemic, Naruhito has dialed back the bling in favour of more discreet looks. 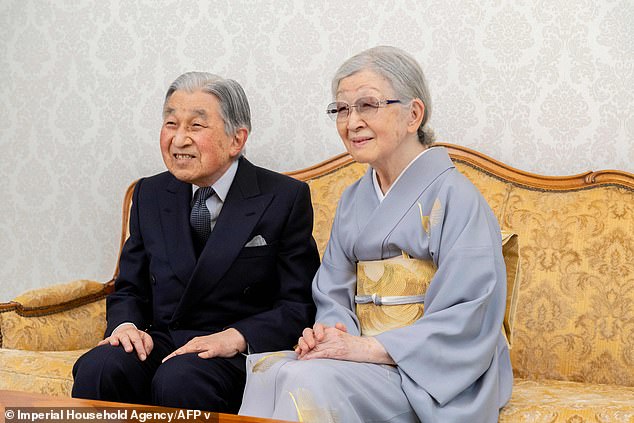 Japan’s former emperor Akihito and former empress Michiko posing for a photograph at Sento Karigosho or the Temporary Emeritus Imperial Palace in Tokyo, ahead of the New Year

Aiko looked poised during her first royal engagement, wearing a delicate white dress adorn with the imperial family’s sash and the white gloves that women of the Imperial Household always don for this ceremony.

Her hair was styled in a neat bun, miles away from the long and straight hair she sported in previous pictures released in recent years.

The debutante was also wearing a discreet pearl necklace and matching earrings, jus like her mother, aunts and cousins, who also attended.

Due to the rules preventing female members of the royal family ascending the throne, Prince Hisahito is currently the only heir to the throne expected to father children.