Jared Haibon 'Frustrated' by Response to His and Ashley's 'BiP' Appearance

Jared Haibon and Ashley Iaconetti saw the mixed reactions to their appearance on season 8 of Bachelor in Paradise — and he has a lot to say about it.

‘Bachelor’ and ‘Bachelorette’ Babies: See Which Reality Stars Have Given Birth

“We had no expectations going to Paradise. So we got the phone call, like, three weeks before and they said, ‘Hey listen, we wanna bring you guys down and we want you guys to have some quality time on the beach.’ And initially, we were gonna bring down Dawson, but it didn’t work out cause passports — a long story,” Jared said on Us Weekly’s “Here for the Right Reasons” podcast, referring to their 8-month-old son. “So it actually worked out really well where we were able to go down there and enjoy our time together. Because as anybody knows, like, having a kid and then we just started a business — it really takes a lot of time and effort and your relationship takes a back seat, or at least the intimacy [does], the romance and just the dating portion of your life. So we had the opportunity to do that down in Paradise and to do it in a place that means a lot to us was pretty cool. And the reaction … They’ve gotten a lot nicer when we first were on Monday’s episode or [our date episode].” 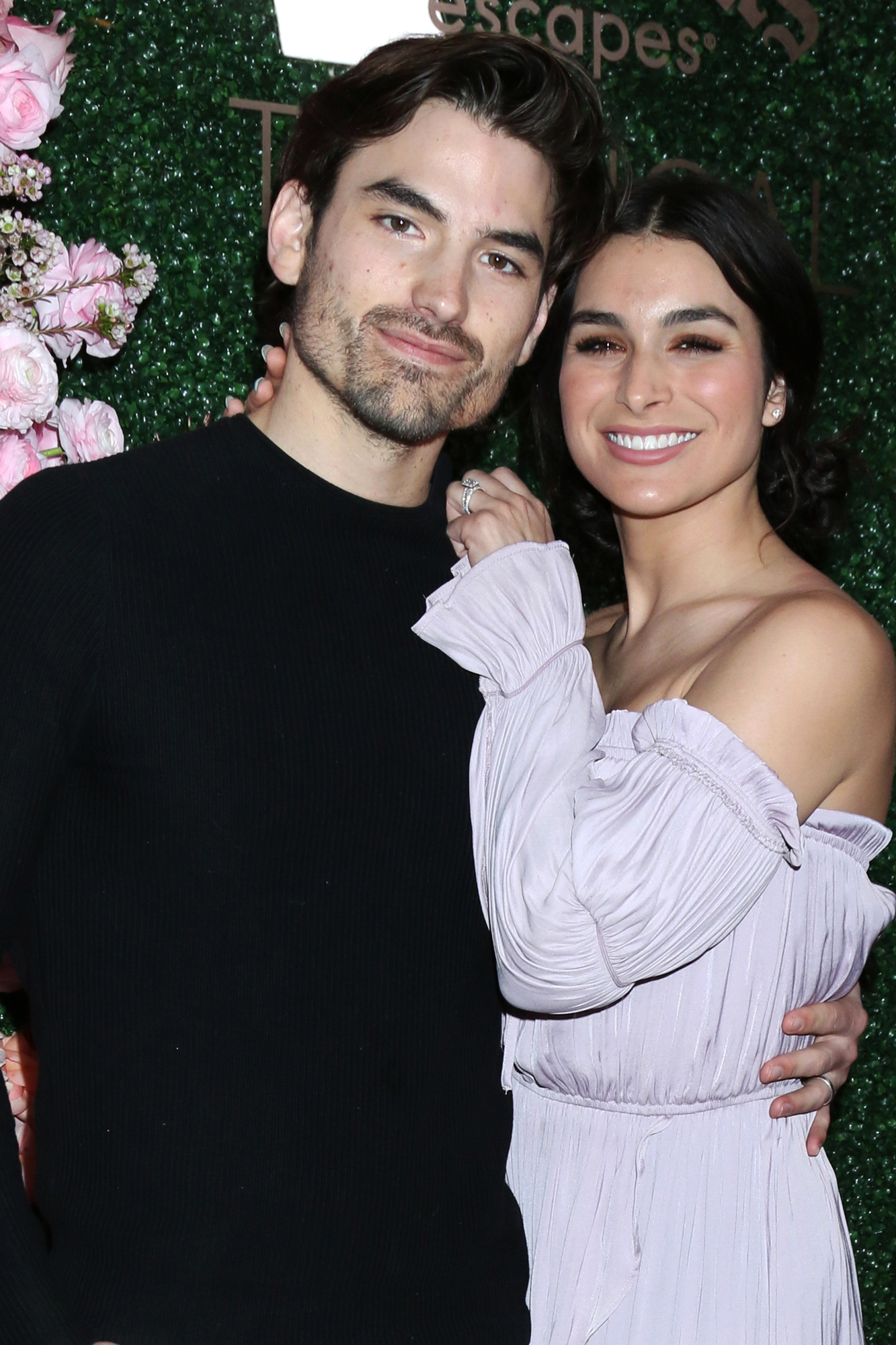 Some fans weren’t thrilled that the couple, who appeared on seasons 2 and 3 of the series and returned to get engaged on season 5, were given a date card and got more screen time than the current contestants.

“It wasn’t that bad cause people were like, ‘We like Ashley and Jared, but why are they on the screen so much? We don’t wanna see this. We wanna see people dating.’ But at the same time it kind of frustrates me — here’s a little vent session,” Jared continued. “We love our Bachelor family. I love the people who watch this show. They’ve given us more than I could possibly ever imagine. But they also love love and the idea that love ends when two people meet on a show and then leave, kind of boggles my mind. Love — as anybody who’s been in a long-term relationship or who is married, who has kids [can tell you] — it evolves, it changes, it takes work. And the love that I have for Ashley is stronger now than it ever was when you guys saw on the show.” 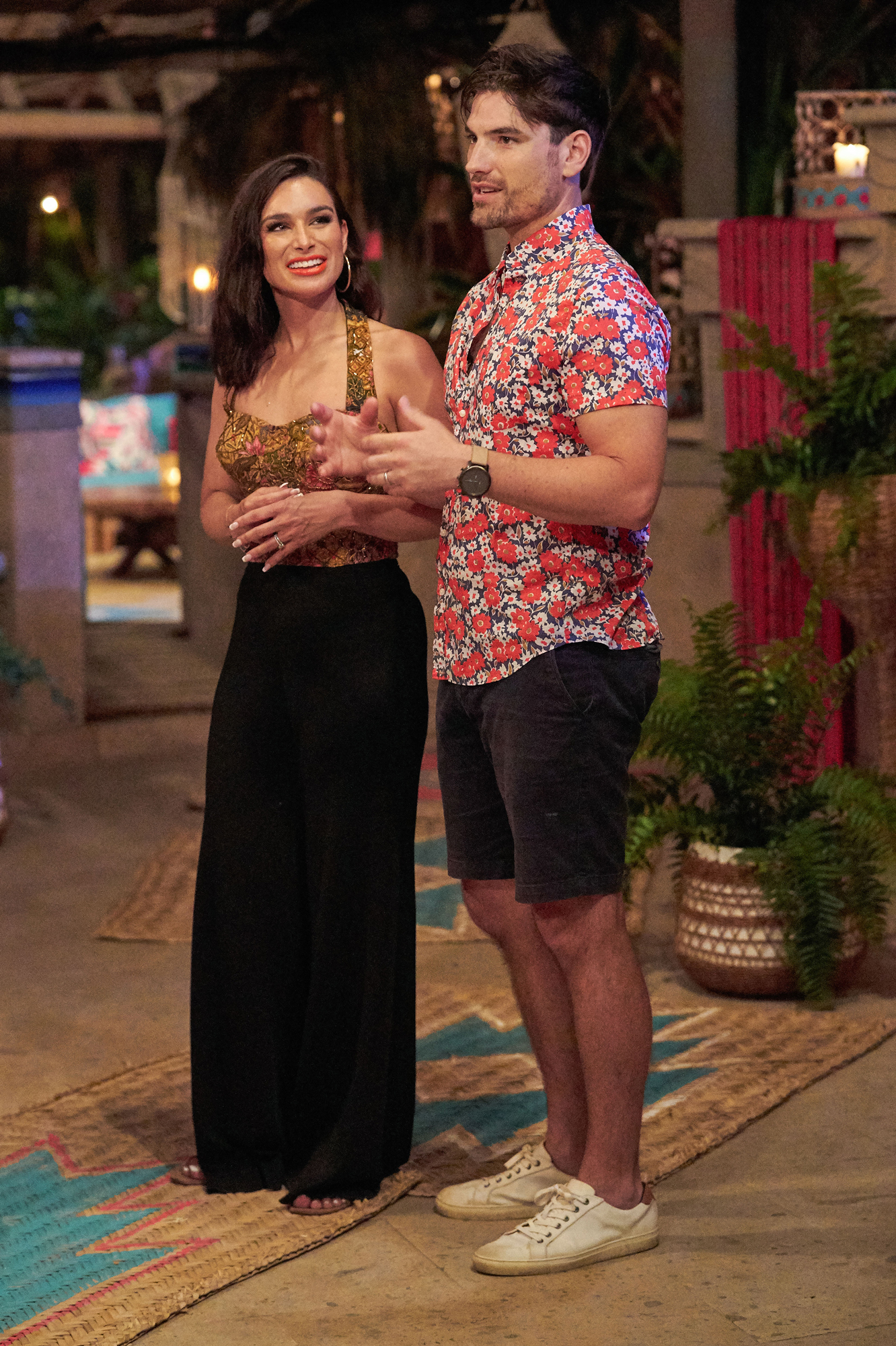 After Ashley pointed out his comment was “very sweet,” he continued.

“She’s not only my wife, but she’s the mother of my child. So we have the opportunity to go down there and really talk about things that we don’t talk about on a day to day of life. What she means to me, what Dawson means to me, what parenthood means to me, what our parents mean to us and, like, and how they’ve imprinted what it means to create a family aspect. And so to express that on the show meant a lot to us,” the Bachelorette alum explained. “So for people to not — I understand why people are pissed off, like, we apparently got double the amount of screen time that anybody else on that Monday’s episode. Even when I was watching it, I was like, ‘We’re on screen again, like, holy crap.’ I knew there was gonna be a joke or kind of a running theme about us sleeping together in the boom boom room. But I never thought it was gonna be stretched out to the point it was.”

The “Almost Famous” podcast host added that she had a feeling their sex life might turn into a running gag, noting, “I thought it might be and I never really, like wanted that, but I’m like, ‘Whatever. We’ll have fun with anything. … You want us to talk about it? OK we’ll talk about it.’”

When they weren’t in the infamous boom boom room, Ashley and Jared were spending time with the contestants. They named Serene Russell and Brandon Jones and Victoria Fuller and Johnny DePhillipo as ones to watch.

“[Brandon and Serene] were the only solid couple when we were there. And it seemed to be love and we had only been there for seven days,” Ashley said. “I think we left on day seven for them — day six or seven. They were serious fast.”

Jared agreed. “Even when we found out the cast was splitting — because we found out as we were leaving — we were like, ‘They’ll be fine. They’ll make it through.’ And I feel confident that they will. And then we always say that Johnny and Victoria, they’re just cruising!”

Bachelor in Paradise airs on ABC Mondays and Tuesdays at 8 p.m. ET.