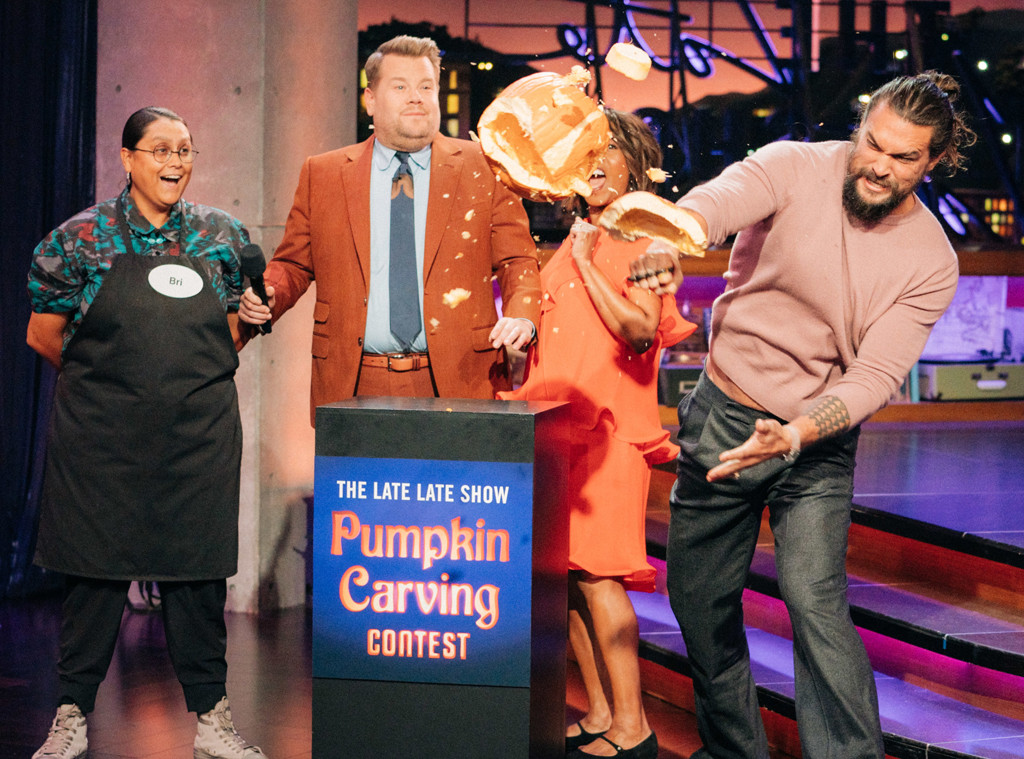 During a Halloween appearance on The Late Late Show, the actor and his See co-star Alfre Woodard were tasked with judging a pumpkin carving contest held for James Corden‘s co-workers. They all put maximum effort into their gourds, but if the Game of Thrones actor didn’t like a pumpkin, he smashed it into smithereens. If Khal Drogo says your jack-o-lantern sucks, it sucks.

The first creation up on the chopping block was quite meta. The contestant carved an image of a pumpkin onto the pumpkin, but Momoa thought it was too unoriginal, so to the jack-o-lantern graveyard it went. “Jason, people have worked hard on these!” Corden joked when the Aquaman star threw the first gourd. Clearly, not hard enough!

Next up was a Jonas Brothers-themed pumpkin, which—unsurprisingly—Momoa destroyed. He didn’t smash the next one, though—it had his own face on it! But don’t worry, Woodard made quick work of obliterating it.

The contest was taken to the next level when a Day of the Dead sugar skull sculpture pumpkin was brought out. Noticing something shiny on the actor’s hand, Corden asked, “Jason, what have you got there?”

Spoiler: It was brass knuckles.

As Momoa wound up to smash the pumpkin with his fist, Woodard quipped, “Oh my God, that’s illegal!” Too bad! Bye bye, sugar skull!

Don’t worry, not every single pumpkin was smashed to bits (at least in the beginning…). Check out the video to see which pumpkin reigned supreme before it met its untimely end.