More than a few politicians have promised us the moon, but John F. Kennedy delivered, with the success of the Apollo 11 mission. America’s new hope to return to the lunar surface is called Artemis, named after the twin sister of Apollo in Greek mythology.

In exclusive interviews with Kennedy’s daughter Caroline and space entrepreneur Jeff Bezos, the two discussed the future of space travel with “CBS Evening News” anchor Norah O’Donnell. Plans are underway to put the first woman on the moon in the next decade. Bezos hopes his moon lander will be on that mission.

“We’re going to be, I hope, an instrumental part of it in cooperation with dozens of companies and governments,” Bezos said.

It’s all part of a big push to return to the moon.

“What do you think happened, since we haven’t landed someone on the moon since 1972? Did we stop caring? Did we stop dreaming?” O’Donnell asked.

“My own feeling is that was such an audacious project that when it was finished, the resources to sustain it just weren’t available,” Bezos said. 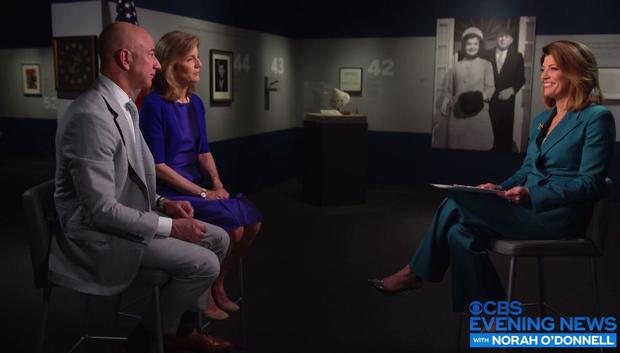 It was the early 1960s and the height of the Cold War. The Soviets were first in space, but President Kennedy was determined to beat them to the moon.

“I think he really saw it as a way to mobilize our country in service of something that would advance freedom and benefit humanity,” Caroline Kennedy said.

“I guarantee you, there were a lot of people at NASA that day gulping,” Bezos said. “That was an incredible challenge.”

The Trump administration’s official policy is committed to a return to the moon in the next five years. But the relationship between Mr. Trump and Bezos, at times, can seem light years apart.

“To go back to the moon and the time frame that the administration wants to do, we absolutely need the support of the government to do that,” Bezos said.

Kennedy said it’s “long past time” for a woman to set foot on the moon. Time may be running out on planet Earth, which is why Bezos said space exploration is critical to our survival. He envisions a day when all pollution-causing industry is moved to the moon. 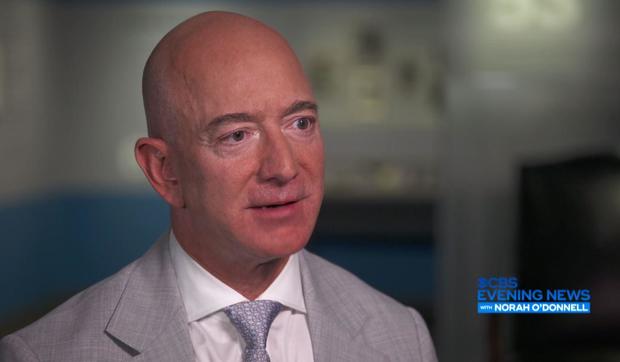 “Eventually, it will be much cheaper and simpler to make really complicated things in space and then send those objects back down to earth,” he said. “I would think, kind of time frame of hundreds of years.”

“If I keep hearing Jeff say it, then, I am beginning to be able to imagine it,” Kennedy said.

Bezos’ company Blue Origin and other space companies are ramping up operations on the Florida space coast, right where history was made 50 years ago.

But as the world’s richest man points out, going back to the moon won’t be cheap. NASA will need billions in additional public funding to have any chance of meeting the 2024 deadline. In today’s political climate, that sort of bipartisan support may be the biggest leap of all.