JENNI MURRAY:  We didn't fight for equality only to be erased

JENNI MURRAY: We didn’t fight for equality only to be erased 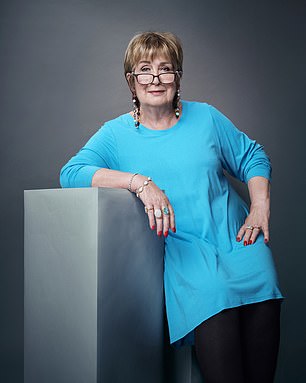 So often in my long career as a journalist with a special interest in the rights of women, I’ve heard young women and girls putting forward the idea that there was no longer any need to struggle for equality. We’d won. We had it all.

I would always point out that rights, once won, were not necessarily set in stone. Often, whether the concern was rape, domestic violence, opportunities in the workplace or just the freedom to dress as we pleased, drink in a pub or walk home at night, we had made two steps forward and one step back.

We should never assume that rights, once gained, could never be taken away. We must always remain vigilant. I would often use Afghanistan as my example. Women in the 1970s there were educated, wore whatever they pleased and had good jobs. The Taliban took that freedom away.

It was regained during the past 20 years. Now it’s gone again as the Taliban shuts down the Women’s Ministry and renames it the Ministry for the Propagation of Virtue and the Prevention of Vice — slipping into that cliche of defining women as Madonna or whore.

I never expected anything so radical here, but we are, I fear, on a slippery slope to the erosion of women’s sex-based rights. Too many businesses, including the Crown Estate, have fallen in with powerful lobbying by an organisation called Stonewall. Suddenly trans activists appear to dominate and women are left behind.

A year ago, Keira Bell won her case in the High Court. She had argued that a child under 16 was not competent to make an informed choice about puberty blockers and cross-sex hormones. She had been a patient at the Tavistock clinic as a teenage girl who thought she wanted to be a boy.

In her early 20s, she realised she had made a mistake and de-transitioned, but had suffered profound and irreversible changes to her body and her fertility. It felt like a huge step forward in the protection of children when the court agreed with her concerns.

Last week, the Tavistock, which runs the UK’s only youth gender identity clinic, appealed the decision and won. In a reversal of the earlier judgment, it is now to be left to doctors to decide whether a child is competent to understand the impact of treatment such as Keira had.

But was it not the doctors who had enabled Keira’s girl to boy transition without, as she argued, challenging her perceived gender dysphoria at the time?

All this as Scotland is talking about lowering the age someone can legally change their gender from 18 to 16.

Have the trans activists made this whole debate so toxic we are forgetting our duty to protect children from drugs that may ruin their adult lives as women? 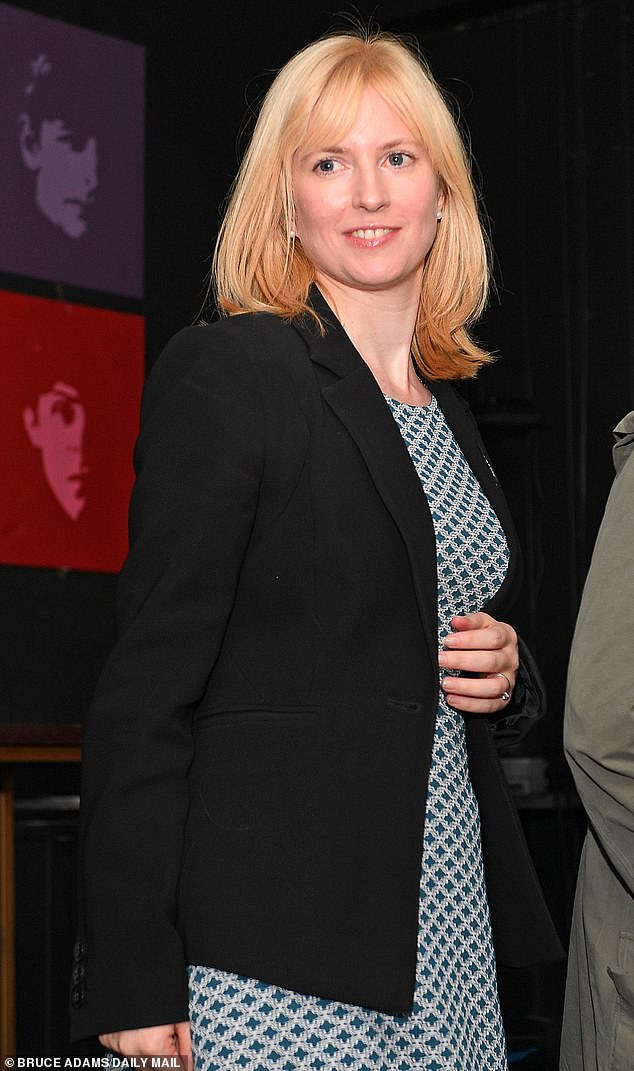 The Labour MP Rosie Duffield has also landed in hot water. She has been advised to stay away from her party’s conference this weekend because of fears for her safety. She was branded transphobic after saying only women have a cervix and that it might not be appropriate for people with male bodies who identify as women to enter female-only spaces.

Ah women, that word we all thought we knew the meaning of. Not any more. This week, I read on Twitter about a woman who’d been asked by a company she did not name to write a plan for better treatment of women going through the menopause. She did so, but was ordered by her bosses to remove the word ‘woman’.

Menopausal people would be more satisfactory as it would include trans men who, despite their appearance, would still be biologically female.

The Labour MP Rosie Duffield has also landed in hot water. She has been advised to stay away from her party’s conference this weekend because of fears for her safety. She was branded transphobic after saying only women have a cervix and that it might not be appropriate for people with male bodies who identify as women to enter female-only spaces.

She has been threatened with death and mutilation on social media, as so many of us have for saying similar things. No wonder she’s frightened.

Let’s not forget the MP Jo Cox, who was murdered in 2016. We like to think these vicious trolls won’t carry out their threats, but we never know.

The Speaker of the House, Sir Lindsay Hoyle, has supported Rosie, but the party leader, Sir Keir Starmer, has failed to arrange a meeting to discuss her concerns and establish the party’s policy on the transgender question. He should arrange police protection for her, as was given to the former MP, Luciana Berger, in 2018 when she feared attending the conference after months of anti-Semitic abuse.

Rosie Duffield should feel safe among members of her own party. Women are women. Trans women are trans women. All deserve respect and safety, but women must not be erased.

We’ve fought long and hard for respect for our sex, not our gender and I, for one, will never give up.

I’m a woman and a mother. No more steps back, please. 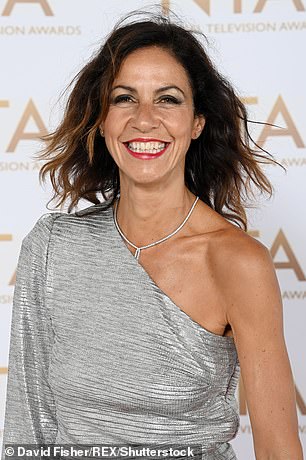 All my good luck and sympathy go to Julia Bradbury, who has just experienced that ghastly moment when the surgeon says to you: ‘I’m sorry, you do have breast cancer.’

Cancer isn’t a battle – it’s all down to luck

All my good luck and sympathy go to Julia Bradbury, who has just experienced that ghastly moment when the surgeon says to you: ‘I’m sorry, you do have breast cancer.’

I remember, as if it were yesterday, the moment the doctor said the same thing to me. It’s terrifying because you don’t know your prognosis, but you do know it’s going to be a long and difficult haul which will change your body forever.

I do wish, though, that it could be seen as something you simply have to endure in the hope you’ll be one of the lucky ones. Julia said: ‘It will be the fight of my life and I’ll have the battle scars to prove it.’

I doubt that kind of pugilistic language is at all helpful to the women who are not going to make it. Why put into their heads the fear that they didn’t battle hard enough?

We all need to know it’s simply the luck of the draw.

I’m too old for romance by candlelight

There seems to be so much worry about the potential impact of the 2021 energy crisis. Maybe the bills will go up — not good. Maybe we’ll have to keep the temperature down a bit and put on an extra jumper — not too bad.

We’re told the lights won’t go out, but what if they did? I was 23 in 1973 when the lights did go out. We were told when to expect a power cut and were able to prepare for it.

I remember it as rather romantic. I would sit, late at night in candlelight, listening to music on a transistor radio and chatting with family and friends. I’m not sure I’ll be quite so keen nearly 50 years on.

My mother’s advice when choosing a sweater was never to buy one with horizontal stripes. ‘It’ll make you look fatter,’ she said. I stuck with the vertical.

The horizontal came back into fashion soon after I’d lost half my body weight through gastric surgery. I bought two, one navy and white, one red and white, and wore one to speak at a conference on obesity. In my speech, I said what a liberation it was to wear it after I’d lost so much weight. I would never have dared during my obese years.

Now I learn my mother was mistaken. Scientists have discovered that it’s dark horizontal stripes that make you look slimmer. How annoying that, during my ‘fat years’, I could have benefited from an optical illusion.