JOHN HUMPHRYS: How sad that only five per cent of people believe our leaders act in Britain’s best

Trust in our politicians has hit the lowest level recorded. We knew that even before the trouncing of the Tories in North Shropshire on Thursday.

And, yes, I know that saying we don’t trust politicians is a bit like announcing there’s a pretty good chance the sun will rise in the East tomorrow.

So my apologies for stating the obvious. After all, columns like this are meant to tell you things that maybe you didn’t know.

So let’s try this statement for size: it’s not necessarily the politicians’ fault.

Too much for you to swallow?

Especially coming from a man who’s spent roughly half his life interviewing politicians and trying to nail them to the studio floor.

A man who’s tried to prove the old gag that you can tell a politician is lying when you see their lips move.

Lying is what they do, isn’t it? Maybe not all of them, but enough to set the tone.

Trust in our politicians (pictured, Tony Blair) has hit the lowest level recorded. We knew that even before the trouncing of the Tories in North Shropshire on Thursday 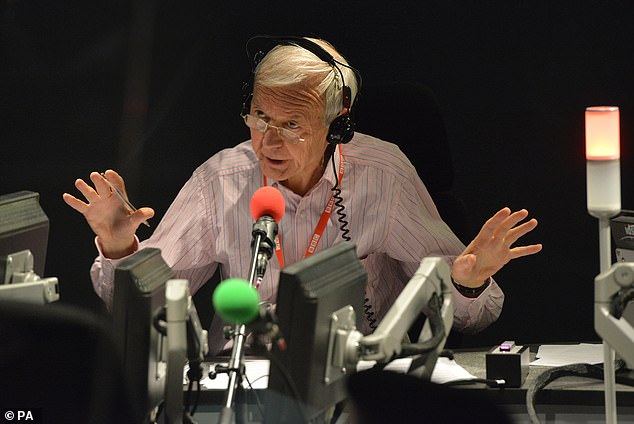 Yes, I know that saying we don’t trust politicians is a bit like announcing there’s a pretty good chance the sun will rise in the East tomorrow. So my apologies for stating the obvious

When they’re not trying to dodge a perfectly reasonable question by insisting they’ve already answered it, they simply resort to making stuff up.

Sometimes they behave like saloon bar chancers because they’re simply greedy and regard the public purse as their own little piggy bank to keep them in the style to which they’re accustomed.

Like the Tory MP Douglas Hogg who famously claimed a couple of grand on his expenses for getting his moat cleared.

Sometimes they flog whatever modest influence they might have to the nearest bidder, even if the rules forbid it. Oil sheikhs are a favourite target. In the latest grubby little exposé, this week, the MP needed the cash to pay his kids’ school fees. As if that makes it acceptable.

And if they’ve had a great deal of influence, such as being a former prime minister, they can aim even higher. Then, as David Cameron demonstrated, you’re talking millions, not thousands.

The posh word for this sort of stuff is unedifying. Another word is sleazy. Which explains why surveys show that only 5 per cent of us think our political leaders act in the way they believe is best for the country rather than in their own interests.

How sad that it has come to this.

How sad that politicians have forfeited the nation’s trust in them.

And how strange that someone like me, who’s been accused of contributing to this erosion of trust, should now be suggesting that perhaps it’s not their fault. 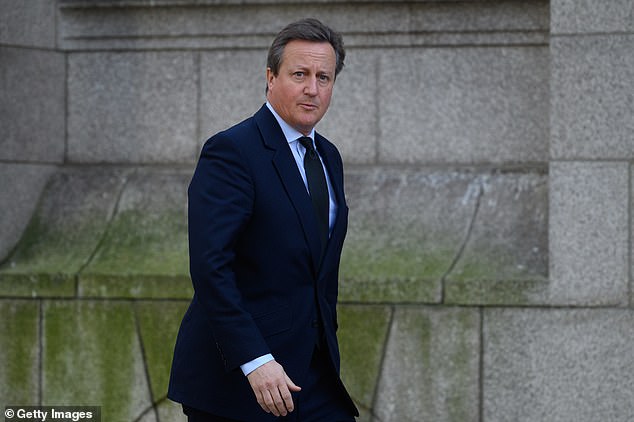 And if they’ve had a great deal of influence, such as being a former prime minister, they can aim even higher. Then, as David Cameron demonstrated, you’re talking millions, not thousands

Maybe. But there’s a problem with that word ‘forfeited’. It suggests it was once the case that politicians had no time to feather their own nests because they were too busy getting their halos polished by grateful citizens. But there was never such a time.

Let me take you back to the days of Robert Walpole. A man of vision. Our first and longest-serving prime minister. He was also a notoriously double-dealing liar who lined his own pockets to finance his sexually incontinent lifestyle.

In the Victorian era, we are told, moral probity was the watchword.

But tell that to the admirers of William Gladstone, whose relationships with ladies of easy virtue raised many eyebrows. His foreign secretary once said he’d known nine prime ministers, five of whom had committed adultery.

Then there was another great prime minister, Lloyd George, a man not averse to a little insider-trading and flogging of honours to finance his ‘personal’ political fund.

That wily old prime minister Harold Macmillan summed it up nicely in the 1950s: ‘If it’s morality you want, go and ask the bishops.’

Perhaps it really is too much to ask of our politicians that they play by the rules and behave with some degree of decorum.

Too cynical? Well, what my own experience tells me after half a century as an outsider looking in is that it is not so much cynical as unrealistic.

Of all the professions, politics is the most cut-throat. Nice guys, sad to say, usually don’t win. 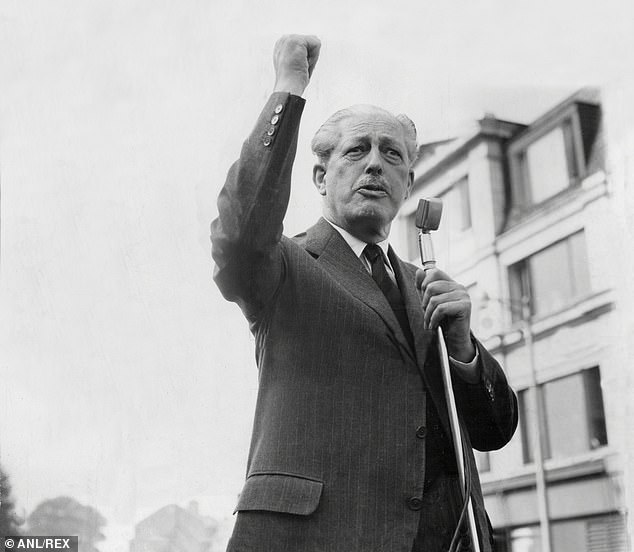 That wily old prime minister Harold Macmillan summed it up nicely in the 1950s: ‘If it’s morality you want, go and ask the bishops’

The winners are, without exception, clever, hard-working, articulate and ambitious.

Notice something about those qualities? They are exactly the same qualities you need to succeed in any job. Doesn’t matter whether you want to run a chain of shops or the government of the United Kingdom. It helps if you have a set of values consistent with your ambitions — but it’s not essential. What matters is that you can persuade people you do.

And this is why I have come to believe that ‘trust’ is not really the word we should be using when we talk about politicians.

Of course, some of them are in it for the dosh. But not many.

Of course, some of them are bent. But, again, not many.

And I know it may not always be obvious, but it’s becoming increasingly difficult for MPs to break the rules without getting nabbed. That’s partly because newspapers like this one invest huge amounts of resources trying to do the nabbing.

It’s also because the overwhelming majority of MPs themselves are making it more difficult by tightening the rules they play by.

Then there’s you, the public.

Look what happened on Thursday after the PM and his party preposterously tried to protect Owen Paterson last month, one of the few MPs who really did abuse his position to grow rich.

The voters turned on Johnson at the by-election to replace Paterson with a fury that did them credit.

And the message they delivered when they chose to overthrow that massive Tory majority was simple: we don’t trust you. Whether it’s over shabby stuff such as who pays for your wallpaper, or more serious stuff like allowing parties to go ahead when their own rules consigned the rest of us to our homes. 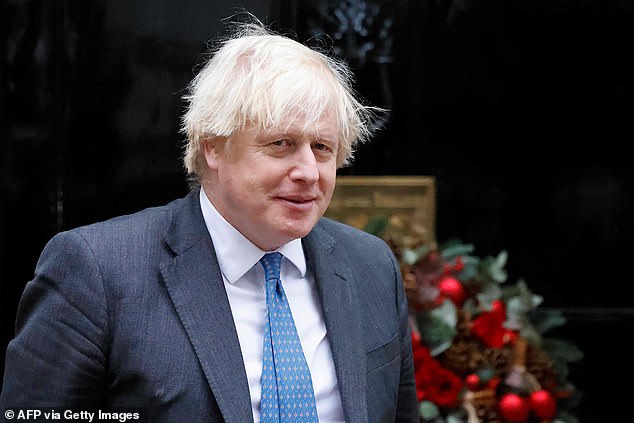 This is the thing about trust in a properly functioning democracy. We can choose whether to confer or withdraw it.

Perhaps we know in our hearts that politicians are not so very different from the rest of us. We are all imperfect human beings.

But, of course, we get angry with officialdom. It’s our right. More than that, it’s our responsibility.

With those who run the social services that betray the tiny children they are sworn to protect.

The police chiefs who fail and fail again to protect us. The care home providers who care only for profits.

The top civil servants who exercise vast power but seem accountable to no one.

Too often when I sat behind the radio microphone, sights trained on the hapless minister facing me, I felt they were as much victim as villain.

But in a democracy someone must be held to account on behalf of the people and I tried to do that on air for 33 years.

I am signing off this week not because I have nothing left to say — there’s no such creature as an old hack with nothing to say — but because there are many things I want to do.

One of them, I’m happy to say, will still include making the occasional contribution to this newspaper.

In the meantime I shall steal the words of an old colleague who used to sign off thus: ‘If you have been . . . thanks for listening’.