“Sobriety is finally loving without every thought being about how it affects only you.”

Josh Brolin has reached a huge milestone with sobriety!

The “Avengers: Endgame” star took to Instagram on Monday and posted a heartfelt message about his journey.

“Sobriety is finally loving without every thought being about how it affects only you. Sobriety is a moment of being able to love and be consumed by the glee it brings someone else. Sobriety is knowing the difference between selfishness and integrity,” he wrote. 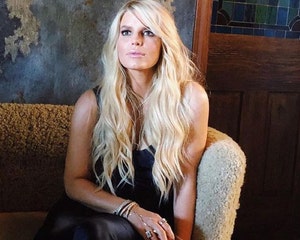 He continued, “Sobriety is climbing in your truck for a 6am call after 8 years of sobriety and there being a card from your wife telling you how grateful she is for you having made the decision to put it down and to live instead accompanied by a collage board of your children — what was created because of that decision.”

“And sobriety is when your children look at you and trust what they see (you can see it in their pupils, and the way they stand before you) — that they know they are not being cultivated into some idea but celebrated for the original garden they are growing into. Sobriety is about living better than your remembrance of what your greatest drunk ever was — an everyday malleability into gratitude for what is. None of this is deserved. All of it is perception. Thank you God, family, and friends for the most punk rock sobriety imaginable.”

Back in 2013, the 53-year-old entered rehab for his substance abuse addiction after several public incidents, and later split with his wife of eight years, Diane Lane, that same year.

In an interview with the Guardian in 2014, the actor confessed that it was an experience that made him reflect on where he was in his life and these incidents acted as a “turning point”. 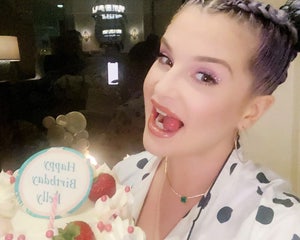 Kelly Osbourne Is Celebrating Five Months of Sobriety On Her Birthday

“It made me think of a lot of things. My mom dying when I was in my 20s. All the impact that had on me that I hadn’t moved past; I was always such a momma’s boy,” he said. “But I realized that I was on a destructive path. I knew that I had to change and mature. It was like I stepped back and saw the hamster wheel.”

Brolin also touched on his history with substance abuse and revealed that he had experimented with drugs due to a privileged but neglected upbringing.

“I tried heroin. That sounds so horrible when you put it like that. But yeah, I tried heroin. I mean, I never got into it and I never died from it, which is a good thing,” he admitted. “I’ve had 19 friends who died. Most of those guys I grew up with, they’re all dead now.”

“I used to think you should try to deconstruct everything. Experience everything. Just get yourself out there. But I don’t believe that any more. Having adventures is all very well, but an imagination can make up for all that. That’s the more intelligent way to be. And it keeps you out of harm’s way.”

Cheryl Burke Confirms She Is an Alcoholic: I Drank '7 Days A Week'