The UK’s largest bird of prey has not been seen in England since 1780. But four of the eagles were released on the Isle of Wight last year as part of reintroduction programme by the Roy Dennis Wildlife Foundation and Forestry England.

And their movements across England have been monitored using GPS trackers as well as sightings reported by the public.

Two of the birds have travelled to North Yorkshire.

One was photographed in the North York Moors and again near Thirsk.

Another eagle flew to Norfolk before being snapped in Suffolk. 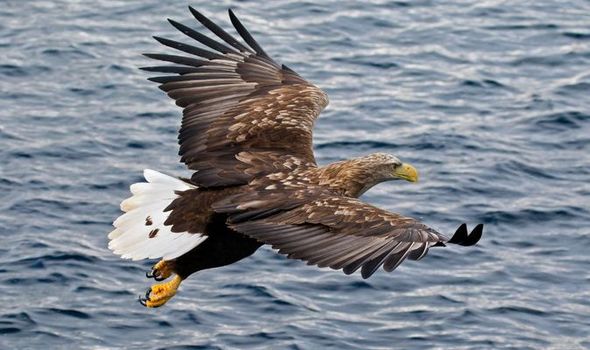 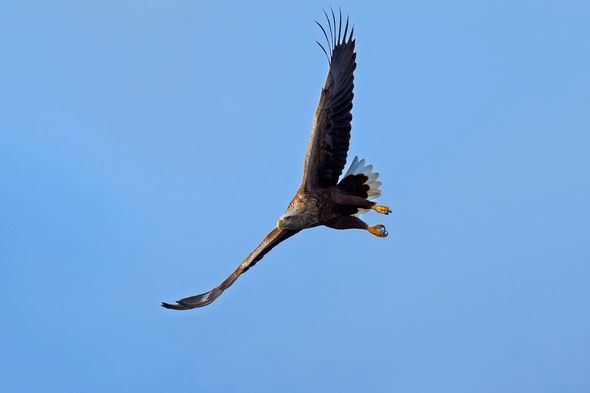 The fourth has travelled across the south coast of England and was filmed by a member of the public in Weymouth, Dorset.

Bird watchers are being urged to report sightings of the rare eagles during the coronavirus lockdown.

The white-tailed eagles were released on the Isle of Wight in 2019 as part of a five-year reintroduction project. 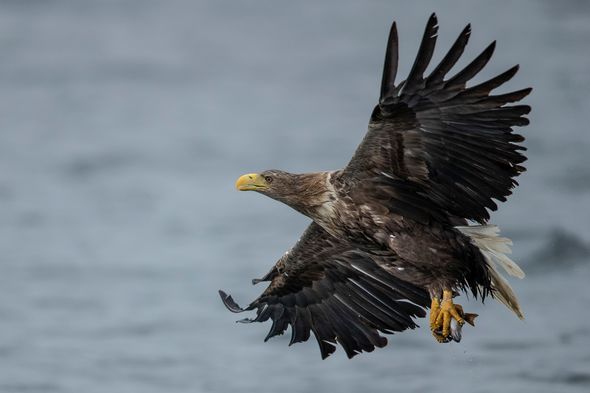 Roy Dennis, founder of the Roy Dennis Wildlife Foundation, said: “White-tailed eagles were once a common sight in England and southern Europe but were lost centuries ago.

“This project aims to reverse that situation by restoring the eagles to their ancestral nesting places.

“I can remember as a lad walking along Culver Cliffs to see where the eagles had once lived. 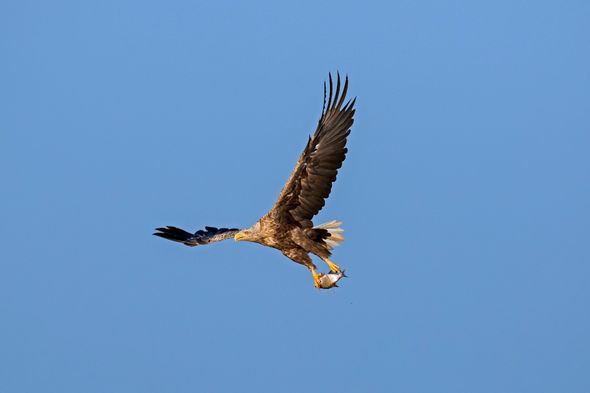 “It is incredible now to be able to play a part in returning these birds back to their home.

“We look forward to working with a range of organisations on the Island, and in the Solent area, to help make this exciting project a success.”

Bruce Rothnie of Forestry England added: “Our woodlands provide a haven for wildlife and we hope that they will become home to these incredible birds on the Isle of Wight.

“This long term project is a great opportunity to help to restore the white-tailed eagle to the South Coast of England and we are proud to be involved in helping to bring back this rarest of birds to Britain.”

The white-tailed eagle has a wingspan of up to 2.5 metres.

The birds have brown plumage with a pale head and neck.