Three months have passed since Julianne Hough and Brooks Laich called it quits, but a source says the pair is "spending more time together" and reevaluating their future. 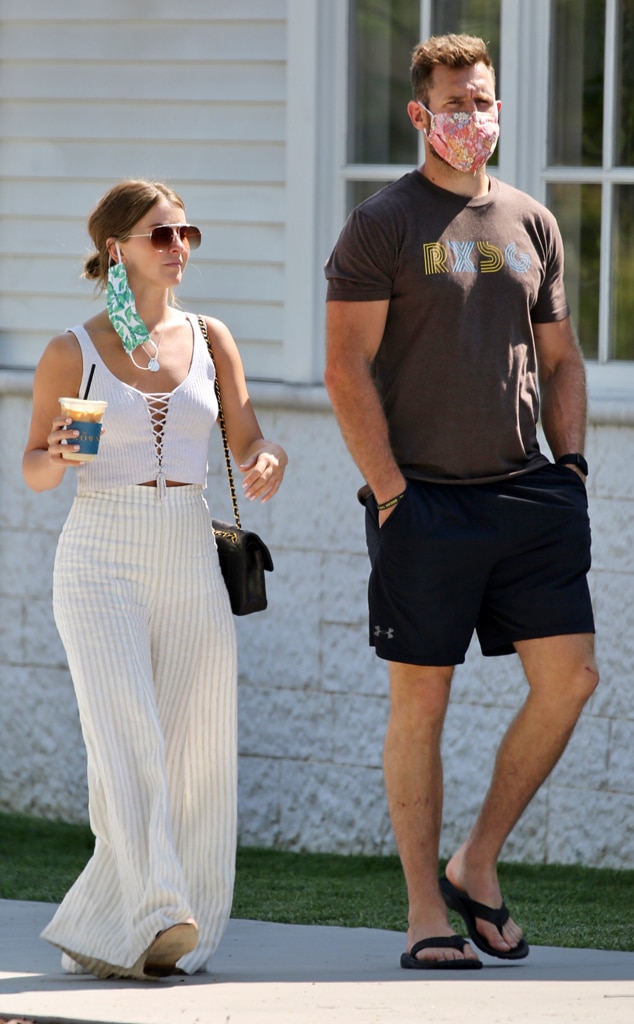 Julianne Hough and Brooks Laich are one step closer to an official reconciliation.

The Dancing With the Stars alum and retired hockey pro were spotted enjoying a lunch date on Thursday, Aug. 27, their first public outing since announcing their separation three months ago.

For their afternoon out in Los Angeles, Julianne wore breezy linen pants and a knit crop trop. Brooks kept things casual in a pair of athletic shorts and a T-shirt. Both accessorized with colorful masks.

Their latest reunion comes exactly one month after Julianne rang in her 34th birthday with Brooks by her side. The How Men Think podcast host was spotted among the attendees at Julianne's pool party.

According to a source close to Julianne, she and her estranged husband are "still trying to figure things out" and "back to seeing if it can work between them."  E! News is told that means Julianne and Brooks are spending more time together as they reevaluate their future.

"She is not 100 percent sure, but she is exploring her feelings and giving it a chance," the insider explains. "He seems to be on the same page."

As for what led Julianne and Brooks back to each other, a separate source recently told E! News, "With the world now on pause, Julianne doesn't have the distractions she had several months ago and finds herself missing Brooks. It really hit her over her birthday that maybe she moved too quickly and didn't appreciate what she and Brooks had together."

The stars have yet to publicly address a possible reconciliation, however it's clear they'll always have a place in each other's hearts.

In their May statement announcing their split, Julianne and Brooks shared, "We have lovingly and carefully taken the time we have needed to arrive at our decision to separate. We share an abundance of love and respect for one another and will continue to lead with our hearts from that place. We kindly request your compassion and respect for our privacy moving forward."