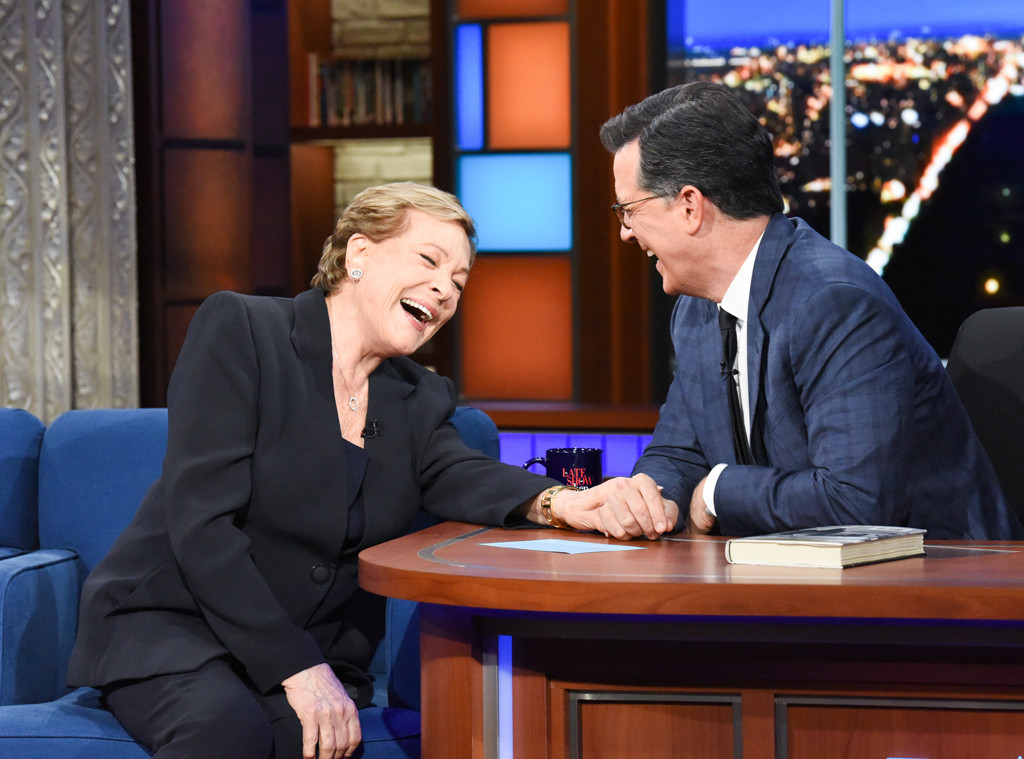 A spoonful of therapy helps just about everything go down. Just ask Julie Andrews.

While sitting down on Monday’s The Late Show with Stephen Colbert, the living legend opened up about how director Mike Nichols inspired her to seek out therapy following her heartbreaking divorce from Tony Walton in 1967.

“Sadly, I separated from my lovely first husband,” Andrews told host Stephen Colbert. “And separations were always inevitable and the marriage was over and my head was so full of clutter and garbage. Believe it or not, it was Mike Nichols who really tipped me into wanting to go to therapy.”

“He was so sane, and funny and clear,” continued the Mary Poppins actress. “He had a clarity that I admired so much.”

And once she finally sought help, Andrews noted there was no turning back. “I wanted that for myself,” the Oscar, Grammy and Tony winner admitted. “And I didn’t feel I had it, so I went and got into it and it saved my life, in a way.”

Andrews’ feelings about therapy are laid out in her new memoir, Home Work. As for why she chose now to sing its praises, The Sound of Music alum had a simple answer. “The truth is, Stephen, why not?” she said as the audience applauded. “If it helps anybody else have the same idea.”

“These days, there’s no harm in sharing it,” the 84-year-old added. “I think everybody knows the great work it can do. And anybody that is lucky enough to have it, afford it and take advantage of it, I think it would be wonderful.”