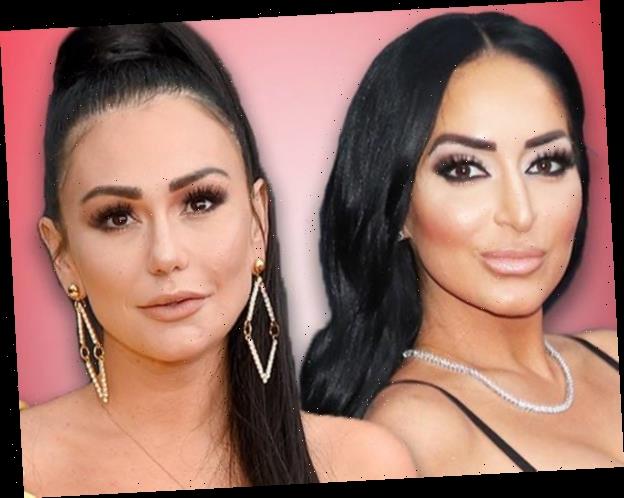 There are three sides to this Jersey Shore story: Jenni “JWoww” Harley‘s, Angelina Pivarnick‘s and the truth.

Following last week’s bombshell claim that JWOWW’s boyfriend groped Angelina during a night out in Las Vegas, the Jersey Shore crew is eager to get to the bottom of what really transpired. While JWoww, who has since cut ties with Zack Clayton Carpinello over the drama, is adamant that she doesn’t remember the evening, rumors soon start circulating that Angelina kissed Zack.

To add insult to injury, Angelina says the allegations are now “taking a toll” on her own relationship and is worried this could “potentially ruin” her upcoming wedding. Meanwhile, never-before-seen footage from the Vegas trip paints a seemingly different picture of Angelina’s intentions.

“Are you banging?” Angelina is shown asking Zach. “Is your schlong out?” 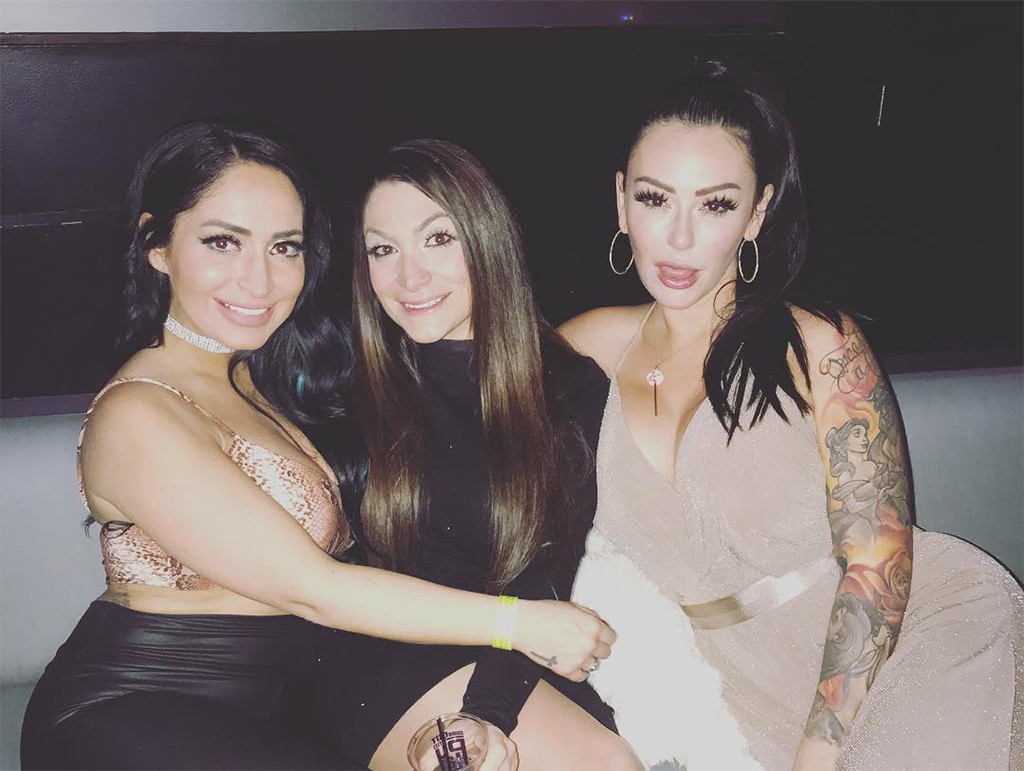 JWoww then weighed in, writing online, “Grinding on someone’s man? Asking for a 3 some? Kissing someone else’s BF? That’s a blatant disregard of boundaries.” And in response to Angelina’s tweet, she sarcastically added, “Oh ok that makes sense. Glad what you did was a joke, and u grinding on him was a joke… and u kissing him was a joke.. BUT when he joked back, you made it seem like he was a creep and destroyed him in interview. Got it. Makes total sense now.”

“I’m not even gonna look up,” Angelina recalls to the camera, “because I know that if I look up and I look her in the eyes, something’s gonna be said, and I’m thinking, ‘Baptism, baptism, baptism.'” So a fter a contentious conversation with Nicole “Snooki” Polizzi, Angelina decides to make an early exit from the party.

“I’m seriously worried about the next time we’re gonna be together,” Vinny Guadagnino concludes. “The baptism, that was, like, a spiritual event. Like, Jesus was present in the room keeping us safe. Jesus ain’t gonna be in the Shore house.”

END_OF_DOCUMENT_TOKEN_TO_BE_REPLACED

END_OF_DOCUMENT_TOKEN_TO_BE_REPLACED
We and our partners use cookies on this site to improve our service, perform analytics, personalize advertising, measure advertising performance, and remember website preferences.Ok