JWoww is 'Here' for a Vinny and Angelina Romance: They Should 'Be a Couple'

Don’t fall in love at the shore — unless it’s with one of your roommates. Now that Angelina Pivarnick and Vinny Guadagnino are both single, their fellow Jersey Shore cast members think it might be time for them to explore their long-simmering flirtation.

“I’m actually here for it,” Jenni “JWoww” Farley exclusively told Us Weekly ahead of the Thursday, June 23, part 2 premiere of Jersey Shore: Family Vacation season 5. “As much as like, it skeeves me out … I’m kind of like, ‘I’m here for it.’ I think that they should just be a couple and take the crown from Pete [Davidson] and Kim [Kardashian] and truly be the king and queen.” 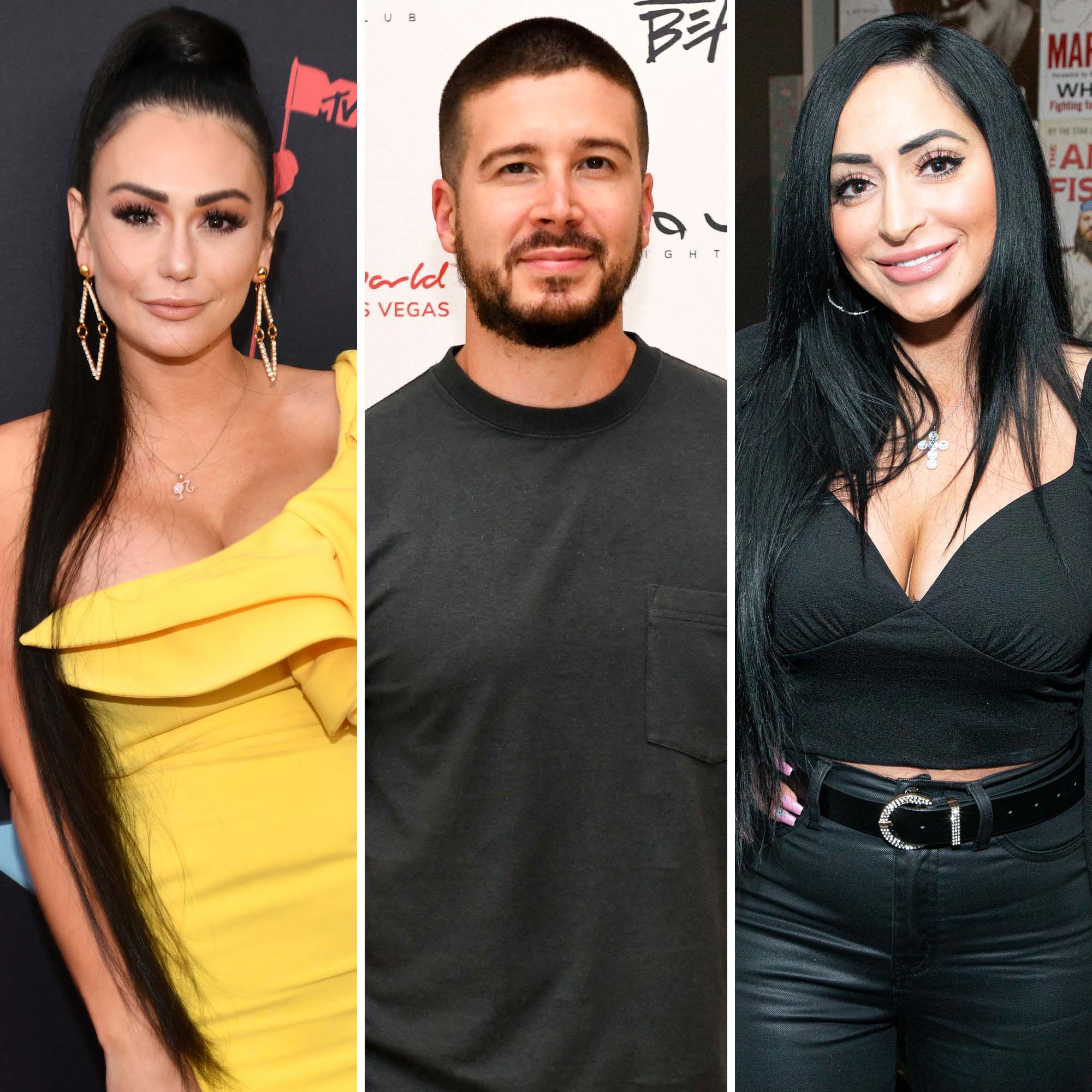 The Keto Guido Cookbook author, 34, and the Couples Therapy alum, 35, first met in high school in their native Staten Island, New York, before reconnecting in season 1 of Jersey Shore, which premiered in December 2009. They’ve had some truly memorable fights over the years, but their castmates will never let them forget the time they hooked up in season 2.

Paul “DJ Pauly D” DelVecchio, for his part, still finds their love-hate relationship fascinating — no matter how much the duo try to deny their connection.

“I mean, I say no way in the entire world, but then … they look like the they’re on a Tinder date,” the Rhode Island native, 41, told Us. “If I see them at a restaurant, they’re, like, ordering for each other. I don’t know what’s going on because they claim they hate each other, but yet look at them. And then I listen to the conversation. They’re actually expressing how much they hate each other to each other, but in a weird way, it’s flirting for them. Staten Island acts funny.”

Earlier this year, Us confirmed that Angelina’s husband, Chris Larangeira, filed for divorce from the MTV personality after two years of marriage. The All Star Shore cast member previously filed for divorce in January 2021 but later withdrew the case.

The twosome’s split is set to be a major topic of conversation in the upcoming Family Vacation episodes, but Deena Cortese said she was “not really” surprised by the duo’s breakup after their previous ups and downs.

“From what I was seeing with their relationship and how they communicate and how certain things unfold — which I’m sure you’re going to see — I kind of saw it coming,” the New Jersey native, 35, told Us. “At least they’re taking a step in the right direction for them, because neither of them were happy.”

Despite the Jersey Shore cast’s hopes for a Staten Island romance, however, Vinny himself isn’t sold. “I’m on the 18th floor of my hotel. I would rather jump off this balcony than ever entertain one of those [dating] rumors,” he joked to Us in March. “Like, when I tell you there’s not an ounce of energy or anything in my body that has any kind of romantic attraction toward Angelina, I promise you. I do not.”