For the ‘gram! Kanye West recently made a major change to his social media presence as eagle-eyed fans caught him following his estranged wife, Kim Kardashian, once again.

The 44-year-old rapper wiped all but one post promoting his latest album, Donda, from his Instagram account. While users recently noticed he had unfollowed the 40-year-old KKW Beauty founder, West now follows 22 people in total, including Kardashian. Each of the accounts he follows has a blacked-out profile photo like West. 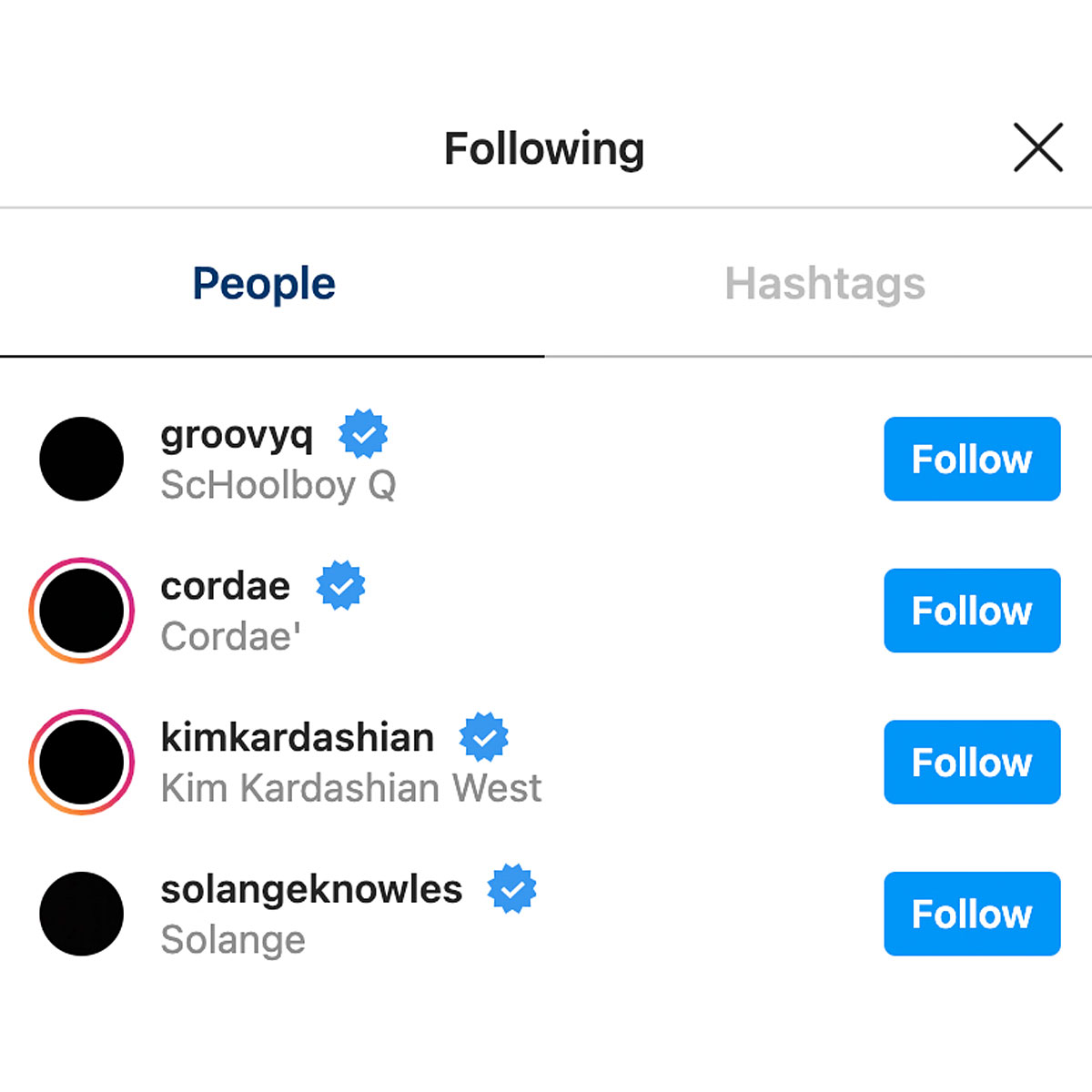 The new activity comes as some fans were convinced that the “Stronger” rapper joined the reality star at the 2021 Met Gala in New York City on Monday, September 13. Kardashian arrived in a daring black ensemble that concealed her entire face. Her body-hugging look was designed by Demna Gvasalia, the creative director of Balenciaga.

While walking the red carpet at the Metropolitan Museum of Art, the Skims founder was accompanied by a mystery man in a matching outfit. On Monday, social media was abuzz with speculation that Kardashian and West had reunited on the carpet, but E! News later reported that it was Gvasalia who donned the monochromatic design.

Kardashian and the “Heartless” artist tied the knot in May 2014 in Florence, Italy. They share four children: North, 8, Saint, 5, Chicago, 3, and Psalm, 2. After nearly seven years of marriage, the Keeping Up With the Kardashians alum filed for divorce in February.

Kim and Irina! Pete and Kaia! All Potential Awkward Run-Ins at the Met Gala

“Kanye has been trying to throw himself into work the past few weeks, but it’s been hard to stay focused with the split weighing on him,” an insider exclusively told Us Weekly at the time. “Kim was always Kanye’s dream girl — even before they got together — so the thought of her not being his wife anymore is a lot to take in.”

The Yeezy designer needed time to “[process] everything,” even though he “knew [the split] was coming,” the source noted.

Us previously confirmed last summer that Kardashian was contacting divorce lawyers in the wake of West’s shocking South Carolina presidential campaign rally, during which he revealed that the pair considered aborting their eldest daughter before her June 2013 birth. When the California native finally pulled the plug on their marriage, it was relatively drama-free. 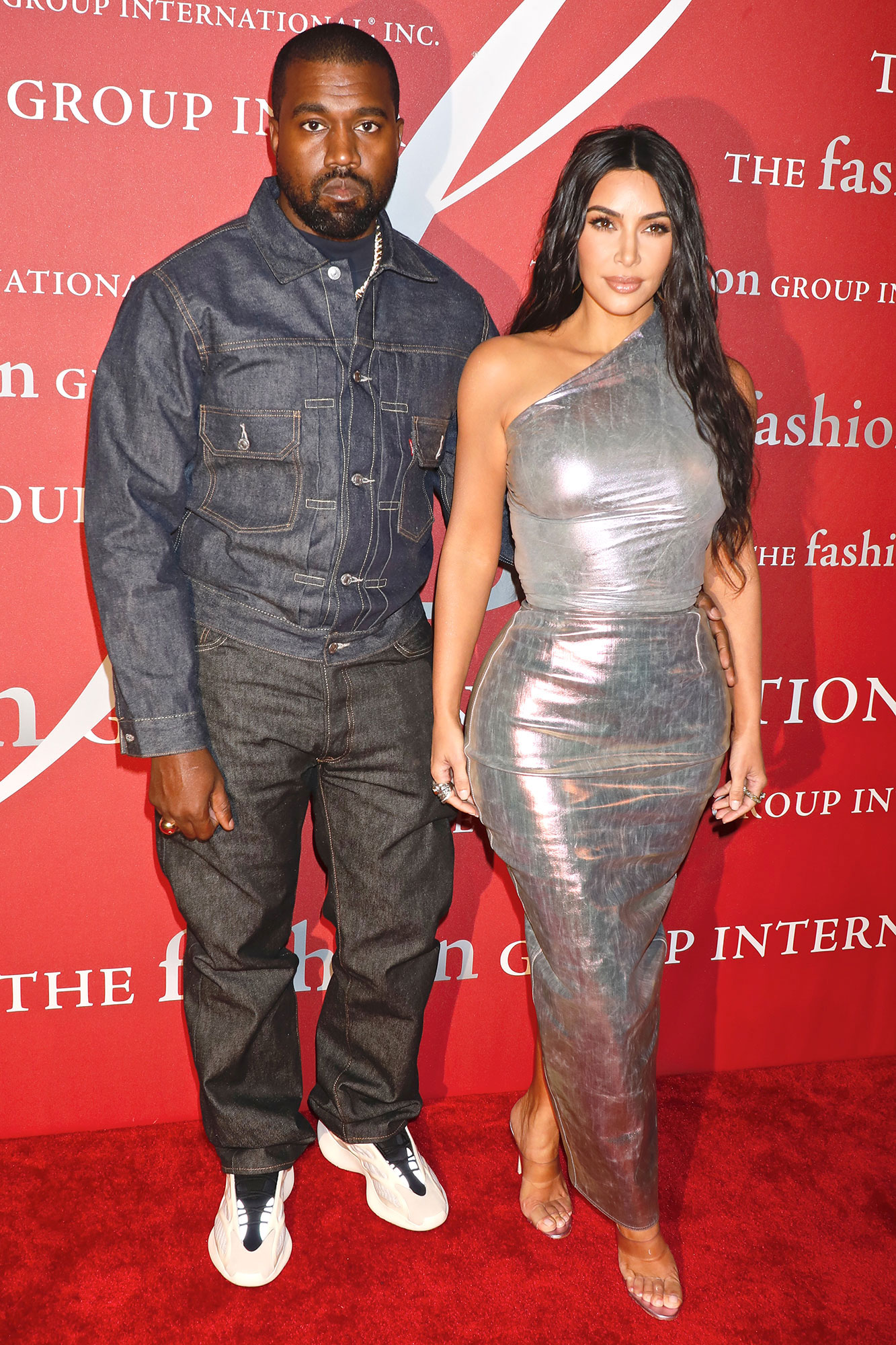 “Kanye had moved out of the family mansion before Christmas,” a source said in February, adding that the duo’s “values just didn’t align,” but the divorce “isn’t expected to get nasty.”

Since calling it quits, Kardashian has continued to be her estranged husband’s biggest fan by showing up at his Donda release parties before the highly anticipated record dropped in August. She even helped recreate their wedding ceremony for the event at Soldier Field in Chicago.

As fans heard the new album, one track, in particular, stood out. On “Hurricane,” some lyrics seemingly hinted at West admitting he cheated on Kardashian while they were still together. Though listeners were shocked by the verses, a source told Us that the makeup mogul was prepared.

“She wouldn’t be promoting something unless she knew all the lyrics,” the insider explained earlier this month. “She wasn’t blindsided, but it is what it is. She’s known her whole marriage/life with Kanye that he’s an open book and there’s nothing she could ever do to stop him from saying whatever he wants. But she had a heads-up.”