Making her smile. Kate Hudson recalled how Matthew McConaughey cheered her up as her divorce from Chris Robinson was finalized.

Kate Hudson’s Dating History: A Timeline of Her Famous Romances

“At the time that I was in Fool’s Gold, I was getting divorced, and it was a really hard time for me,” Hudson, now 43, recalled during a BAFTA interview released on Friday, December 23. “To be on that set with Matthew, it was just the best.” 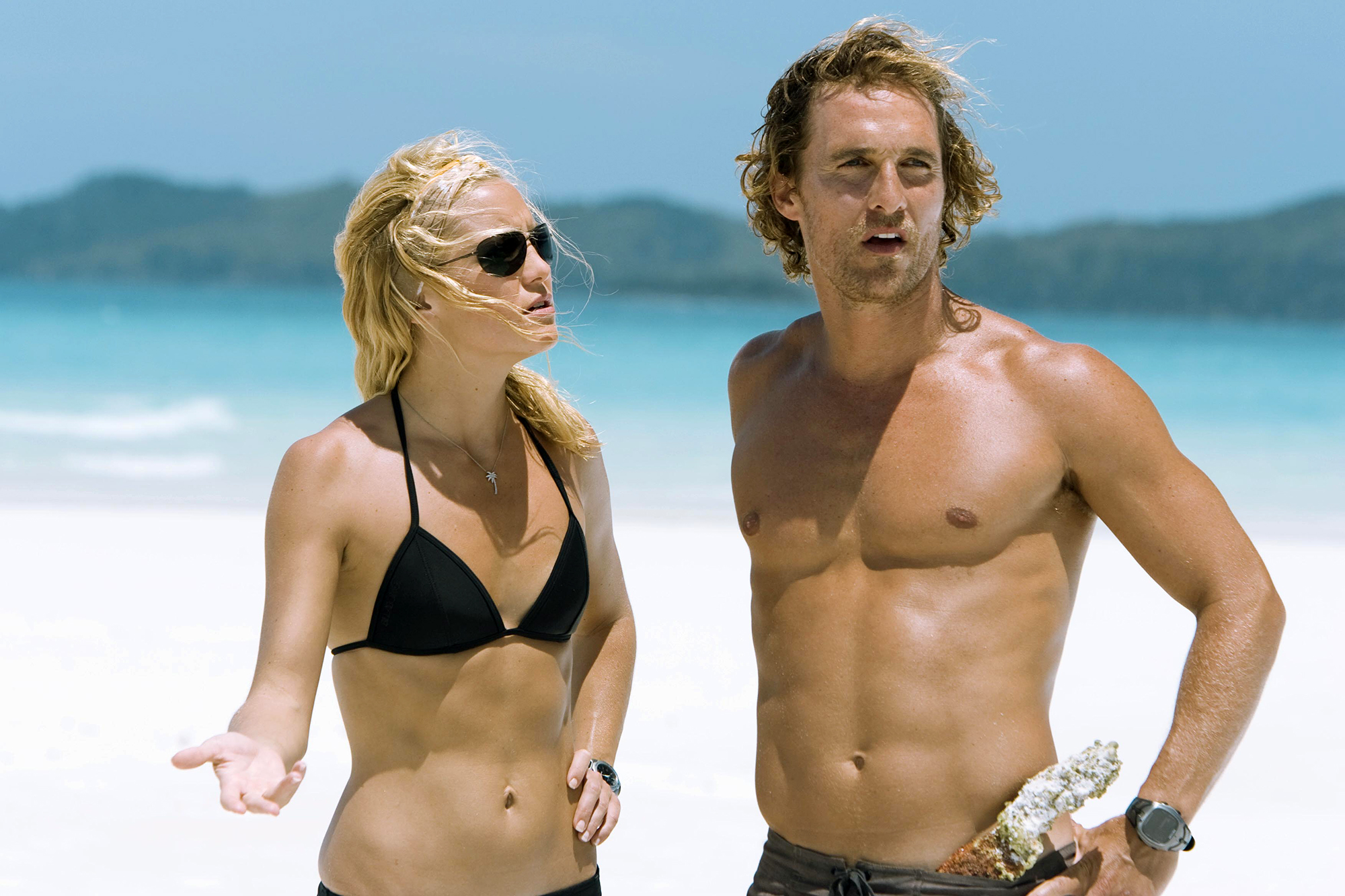 The 2008 romcom follows treasure hunter Ben “Finn” Finnegan (McConaughey) as his obsessive quest to find the legendary Queen’s Dowry reunites him with estranged wife Tess (Hudson). It was their second time working together after 2003’s How to Lose a Guy in 10 Days.

While they were filming the flick in Australia in October 2007, Hudson got the call that her marriage to Robinson, now 56 — with whom she shares son Ryder, now 18 — was over after six years. They’d separated one year prior.

“I remember my divorce had just finalized — if anybody’s been through this before, it’s an interesting moment — and we were going on a boat out to the outer reef,” Hudson recalled. “I couldn’t have been at a further point of earth. On a satellite phone, it’s like, ‘Your divorce went through.’ And I’m like ‘OK,’ and I didn’t feel celebratory at all. It felt sad and I was looking out over the water, and I’m like, ‘My god, what does this mean?’”

She said that McConaughey helped her get through the difficult transition. “He was a big part of that for me in that movie,” Hudson said. “So that was great, and there is a shorthand, for sure. I know his ways. I know how he gets into stuff. i know how crazy it can get. I love his process, it’s wild.”

After getting over the Black Crowes frontman, the Glass Onion actress moved on with Matt Bellamy, giving birth to her and the Muse singer’s son, Bingham, in 2011. They split three years after welcoming their little boy.

Hudson started dating Danny Fujikawa in 2016, and they welcomed daughter Rani in 2018. The proud parents got engaged in September 2021.

“It might not look traditional from the outside, but on the inside, I feel like we’re killing it,” she told the London newspaper in November 2022. “The unit that I’ve created with three children with three different fathers is a seriously strong unit, and it’s ours. I’m not interested in forcing some conventional idea of love or marriage.”