Kate Middleton has grown into a ‘future queen’, insiders claim

Kate Middleton has ‘found her voice’ and has grown from a ‘young student’ into a ‘future queen’, royal insiders claim

The Duchess of Cambridge has grown from a ‘young student’ into a ‘future queen’, a royal source has claimed.

Kate Middleton, 37, has gone from strength to strength in recent years as she ‘finds her voice’ and uses it to champion issues that she is passionate about, according to an insider.

Speaking to People magazine, several royal sources commented on the Duchess’ growing confidence in her role as the future queen consort. 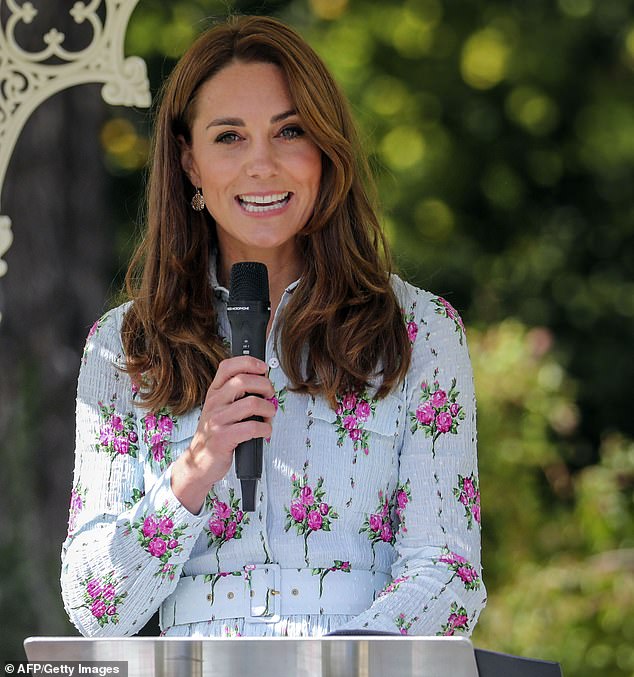 Kate Middleton, 37, has gone from strength to strength in recent years as she ‘finds her voice’ and uses it to champion issues that she is passionate about, according to an insider. Pictured, the Duchess delivered a speech at the opening of her Back To Nature garden this week

‘She is now more open with what she wants to say, and funnily enough, she is more relaxed as well,’ one family friend told the publication.

Another said: ‘She is an adoring mother, and she is contributing publicly in the way we would want her to. You see it more and more. The young student has turned into our future Queen.’

It also notes the confident way in which the Duchess of Cambridge delivered her speech at the official opening of her Back to Nature garden at RHS Wisley on Tuesday.

The royal was the picture of polished perfection in a designer dress and high street accessories for the outing.

Mother-of-three Kate was typically gracious as she spoke to guests at the event, and seemed particularly taken by some of the children brought along.

Speaking to the mother of one girl, Kate revealed her one-year-old son Louis ‘loves to smell flowers’ and ‘enjoys being out in the garden’.

Speaking to families and schoolchildren, Kate also paid tribute to the ‘crucial’ role grandparents and teachers play in raising children.

She said: ‘Like in the animal kingdom, whether a pod, a pack, or a pride, the interactions we have with the broader community – be it with our grandparent, teachers or neighbours – play a crucial role in the growth and learning of our young.’

The sentiment was no doubt inspired by her own experience, with her three children, Prince George, six, Princess Charlotte, four, and Prince Louis, one, enjoying close relationships with her parents Michael and Carole Middleton, as well as Prince Charles and the Duchess of Cornwall.