No sister left behind! As Kim Kardashian reminisced about visiting Kourtney Kardashian in college, their younger sister Khloé Kardashian had a different version of the same story.

On Wednesday, August 18, Kim, 40, posted a photo of her and Kourtney, 42, spending time together at the University of Arizona during a party. 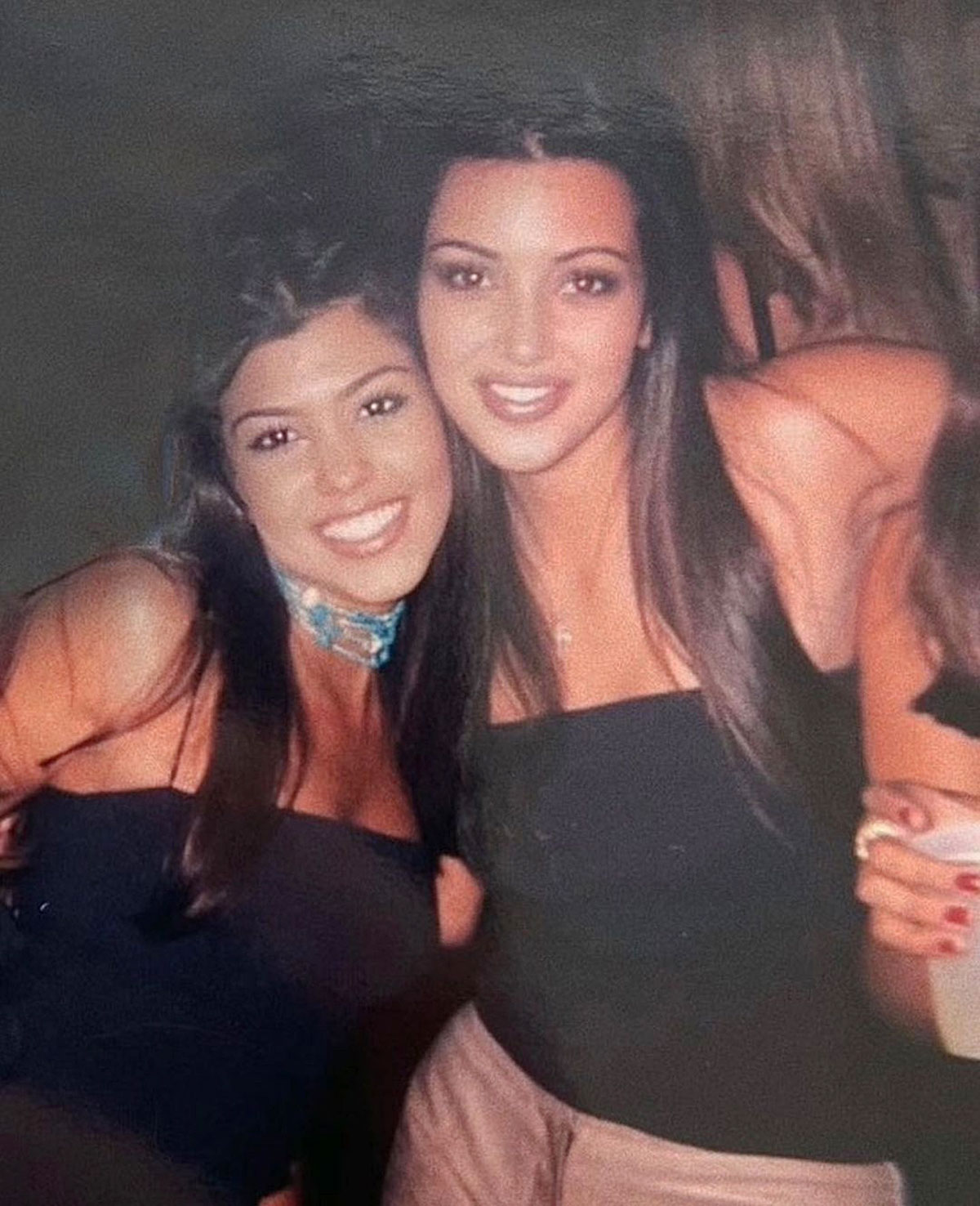 “College Years Baby!!! University of Arizona single handedly stopped me from turning into a wild party girl,” she captioned the pic via Instagram. “I remember visiting Kourt on campus and being her designated driver. I hated all of the wild parties so much that I stayed home and never wanted to drink or party EVER … so thank you U of A. I was never a student there but u shaped my life more than you know.”

Meanwhile, Khloé, 37, left a comment, noting, “I was there that night too bitch.” The Good American cofounder also posted her own photo that included all three sisters in the shot.

“Thanks Keeks! Ummmm, hello!! I was there too! I know I was smiling on the inside #UofA,” Khloé wrote alongside the snap.

Kourtney, for her part, also joined in on the fun by clearing up some details that Kim didn’t mention.

Celebrity Parents With the Biggest Broods

“I remember feeding you jungle juice and someone else driving I won’t name names and blasting Ruff Ryders. (maybe I was partying too hard to remember correctly, anyone else who was there wanna chime in?),” the Poosh founder explained via her Instagram Stories. 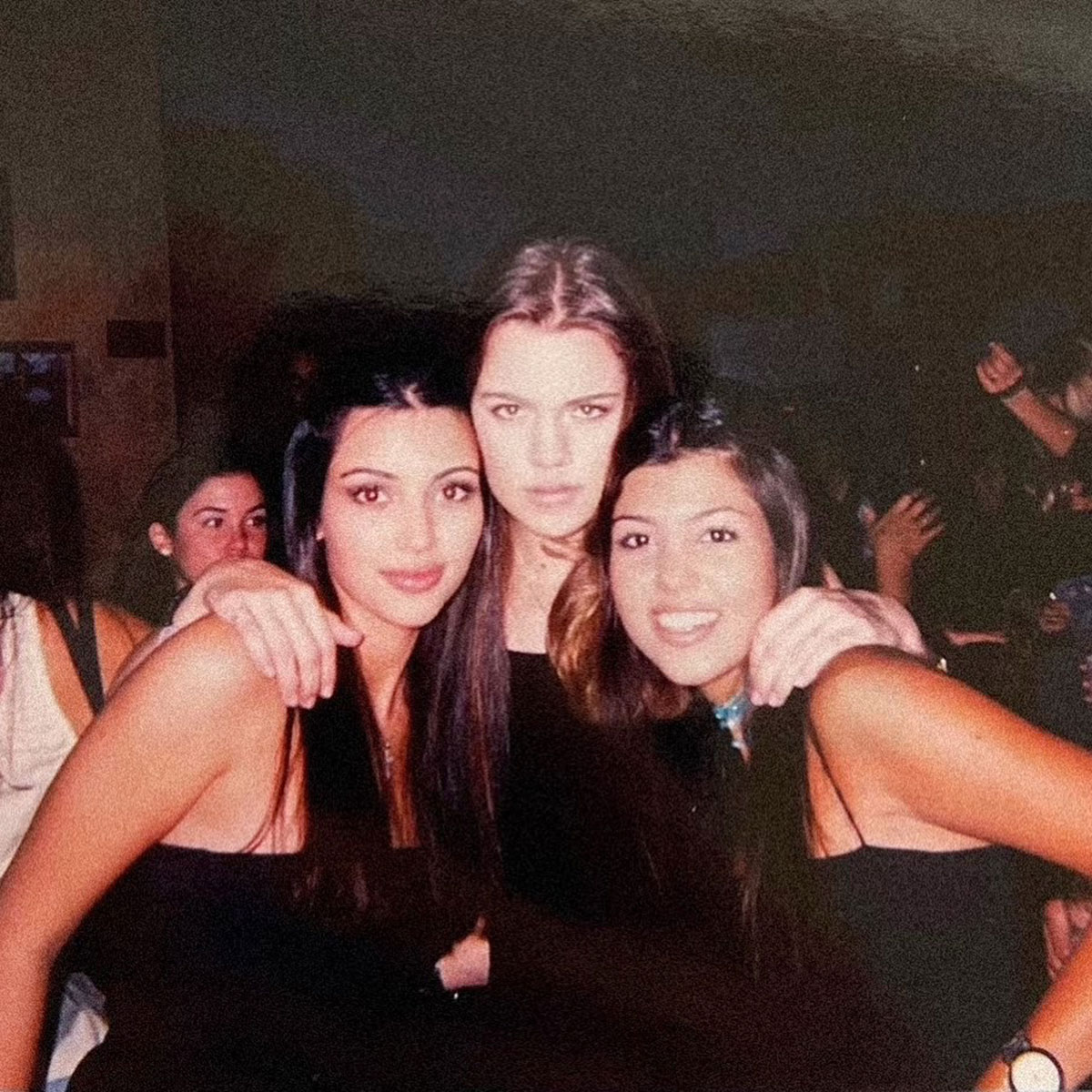 Kourtney, who is the only sister in the Kardashian-Jenner clan to graduate college, then added an arrow pointing to herself and wrote, “LOL wild party girl with a college degree.”

The SKIMS founder, meanwhile, clarified Kourtney’s claims about the jungle juice via her own Instagram Stories, replying, “Ummmm not me!”

“I remember 14 people squeezing into our car I was driving or was it @KhloeKardashian Blasting Eminem! Bar fight. Broken Jaw! That’s about it fir [sic] this weekend in AZ,” Kim concluded the trip down memory lane.

Even though the sisters struggled to get on the same page about their fun times at college, the trio are never afraid to tease one another on social media. Earlier this year, Kourtney called out Kim for getting her age wrong in her birthday card.

Celebs Fight Back on Social Media

“So Kim thinks I’m 41,” Kourtney joked via her Instagram Story in April as she showed off the card from her sister. “I guess last year really didn’t count.”

Kim admitted that it was a mistake on her own Instagram Story, writing, “My bad,” alongside a face-palm emoji.

The KKW Beauty founder did make it up to her older sister with a sweet post on her special day.

“Happy Birthday to my Armenian Queen @kourtneykardash! The person on this planet I’ve known the longest!” Kim captioned her birthday tribute at the time. “The person that will try any beauty treatment with me LOL about Kourt…There’s NO ONE like you!”

She added, “You always know what you want in this life and will never conform to what others ideals are and I admire that so much! You always stick up for what’s right and have become the best therapist a girl could ask for! I love you too the end of time and beyond! Have the best birthday, you deserve it all!!!”