While her teenage pop-star son Charlton Howard has been tearing up stadiums as The Kid Laroi, his hip-hop “stage mum” Sloane Howard has been making waves of her own: turning herself in to Sydney police over an outstanding arrest warrant just days after returning to her former home town.

PS can reveal Howard appeared in the Downing Centre Courts on May 30 and pleaded not guilty to a charge of dishonestly obtain financial advantage by deception. 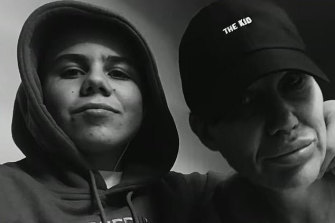 The Kid Laroi with his mother and manager, Sloane Howard.Credit:Twitter

The matter has been listed for mention on June 27, while Howard – who has been living in Los Angeles with her sons Charlton and 15-year-old Austin for about three years – has been excused from attending court if she is represented by her lawyer.

She declined to comment, via her lawyer, who said she would defend the charge. 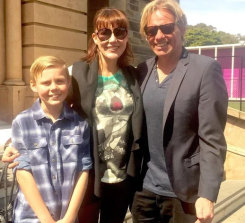 The Kid Laroi’s “rags to riches” tale has been well worked since the teenager’s meteoric rise to fame, from stories of couch-surfing with his mother in public housing estates and cutting his hip hop teeth on the tough streets of Waterloo.

The teenager has previously revealed his mother – who has shunned media attention since returning to Sydney – resorted to selling drugs for the family to survive.

It’s also a story which appears to be missing a key chapter: the years the Howard family was living in comparative luxury when a much younger Charlton Howard was a student at an exclusive boys school, Mosman Church of England Preparatory School.

Several of the other mothers fondly remember Sloane, who was described to PS by one of them this week as being “a lovely, very attractive and stylish woman”. She would often be spotted driving a luxurious sports car when Charlton was dropped off at school or to friends’ homes for play dates.

This was before Sloane Howard and Charlton’s father Nick Howard’s marriage came to an end. Nick Howard is a successful music producer who has worked with Australian stars such as Bardot and Delta Goodrem. 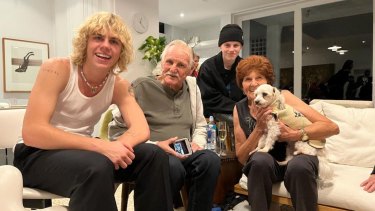 Jeffrey and Mary Dunn have been reunited with their grandsons The Kid Laroi and brother Austin Howard.Credit:

Following the marriage breakdown, Sloane Howard and her sons moved to Broken Hill, where her parents still reside, and set up a talent agency, before returning to Sydney and launching her Mama Capone talent management business, focusing on local Indigenous rap artists and effectively launching her son’s hip hop career.

As PS revealed, Charlton Howard has re-signed with Hollywood super manager Scott “Scooter” Braun, having gone through several managers over a relatively short few years. PS understands that part of the latest deal means Sloane Howard has stepped back from her son’s career, though friends say she remains on the payroll and is still a trusted confidante for the teenager.

After a two-year hiatus, television’s night of nights is back on June 19, bigger than ever.

With more than 800 industry stars and power players expected at the Gold Coast for the big night, to be televised on Nine (owner of the Herald and The Age), this year’s awards also herald significant behind-the-scenes changes. 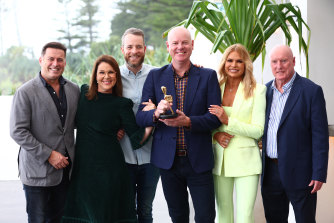 Previously, it was up to the public to vote for whom they believed should be in the running for various “most popular” categories, but now that power has gone to the television networks themselves.

Each network is now invited to provide six names from their books for each Logie (they get seven for the Gold Logie). Previously the networks offered lengthy lists of names for the public to then whittle down to the final nominees.

This new convention has set the scene for some serious, Game Of Thrones-like lobbying within the networks among would-be contenders.

Rather than fans, it is now television bosses and publicity departments that would-be Logie hunters must win over before setting foot on the red carpet.

It also makes reading this year’s lists of nominees all the more interesting, especially when you consider which names have not made it. Where’s Richard Wilkins? Who forgot Costa Georgiadis? Where’s Dr Harry? What about Natalie Barr and Larry Emdur? Doesn’t anyone remember Erin Molan? And no love for little Grant Denyer, Julia Zemiro or Joel Creasey? The list goes on.

With a fortnight still to go in the five-week public voting period, which stops once the red-carpet broadcast is complete, predicting any victors is a little premature.

The change is part of an overall rejuvenation of the Logies after its management was outsourced from the awards’ owner TV Week magazine to events company Rizer, which had previously managed the red carpet preamble.

Nominees in the most outstanding categories are judged by combining scores from industry judging panels – which have also been refreshed with around 30 per cent more judges – across set criteria from social media engagement, audience impact and TV Ratings.

While Anna Wintour herself declined to be interviewed in the new unauthorised biography Anna by fashion journalist Amy Odell, apparently 200 of her friends, fellow fashion insiders, and former employees were only too happy to spill the tea on the legendary Vogue editor. 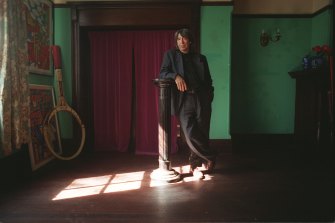 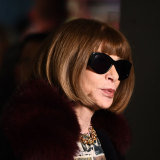 While morsels dished up include fairly mundane revelations like her banning chives, garlic, onions, and parsley from her annual Met Gala “because it would get stuck in people’s teeth and make their breath smell”, a far more delicious dish is served when her romance with former boyfriend, the late Australian publishing hell-raiser Richard Neville, is under the microscope.

Neville supposedly lived with Anna Wintour in her parents’ London basement, though he was soon dispatched by Wintour’s unimpressed father.

When Neville died in 2016, The New York Times reported that during the infamous 1971 obscenity trial over Oz magazine, Wintour – who was working on the magazine at the time and dating Neville – offered to marry Neville to keep him from being deported after he was convicted, later overturned on appeal.

To PS, the term “financial foreplay” sounds about as enticing as “Barnaby Joyce nude”. However, an attempt to make finance sexy has set the scene for a Federal Court showdown in November where celebrity social media “finfluencer”, financial planner and television personality Canna Campbell of Sugarmumma fame, is being sued for alleged trademark infringement. 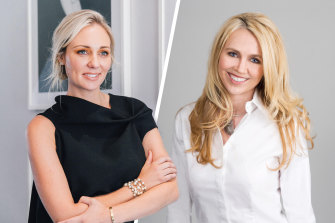 Campbell denies she infringed any trademark when, in June 2020, she launched a series of podcasts called Financial Foreplay, a name apparently inspired by Today co-host Karl Stefanovic, who complained to Campbell before going on air during one of her regular segments that couples found finance a “boring” topic.

However, former chartered accountant and lawyer turned corporate finance consultant Rhondalynn Korolak claims she has been using the term Financial Foreplay since 2009 in her work advising major corporations, registering it as a trademark in 2016.

Following months of legal letters, Campbell posted on Instagram about her “exciting news” regarding her podcasts. While not mentioning Korolak’s claims, Campbell told her thousands of followers she was changing the name to Financial Firepower.

“I don’t want to be a part of the people who misuse or degrade the word of ‘foreplay’, especially around the sacredness of sex, in particular, for women,” she wrote.

Campbell, who has publicly criticised social media influencers over their apparent lack of transparency when promoting products online, directed PS’ inquiries to her lawyer Andrew Taylor, who said his client “takes the allegations extremely seriously”.

Korolak, who estimated she has spent $80,000 on legal fees so far, told PS: “It’s my obligation to protect my identity in business and in trade. Which is why I had no choice but to take legal action.”

Oops. Was it something we wrote? Ever since PS revealed Lachlan and Sarah Murdoch’s fabulous new Sydney superyacht, the $30-million-plus classic mid-century dream liner Istros, was heading to the harbour interest in the vessel has reached fever pitch. 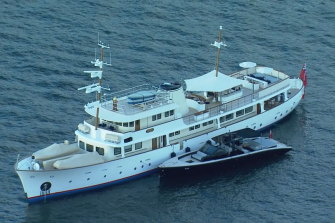 But it can be hard finding a little privacy, as the Murdochs discovered last week, with helicopters and drones hovering overhead and taking video and photos of what was meant to be a low-key maiden voyage.

If it was good enough for Eliza Doolittle, it’s certainly good enough for Jenny Morrison, who may soon be using her newly honed skills as a florist to bring home the bacon now hubby Scomo is out of a job. 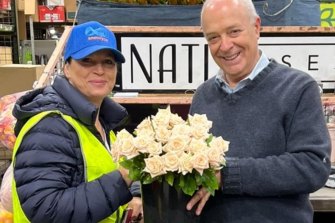 Jenny Morrison was spotted at the Sydney Flower Markets with the “King of Roses”, Joe Nati, back in April.

PS hears she completed a floristry course about the same time.