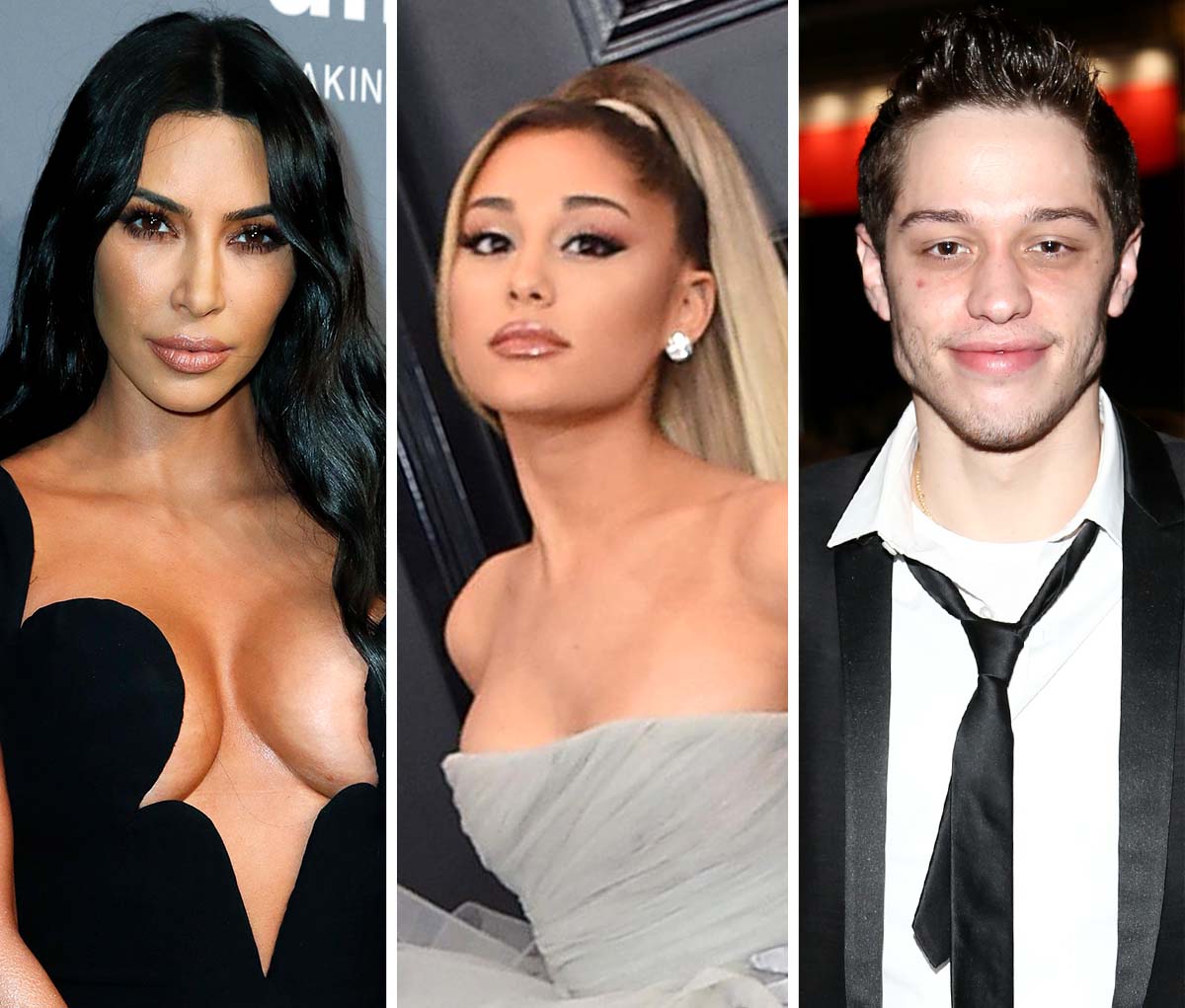 Manifesting her future? Kim Kardashian may currently be dating Pete Davidson — but it seems like the comedian was on her mind years before they were official.

In September 2018, Kardashian, 41, captioned an Instagram photo of herself from behind, writing, “Universe must have my back ✨.” Eagle-eyed fans have recently pointed out that the lyrics come from Ariana Grande’s song “Pete Davidson,” which she released amid her engagement to Davidson, 28.

The New York native and Grande, 28, originally met in March 2016 during the singer’s appearance on Saturday Night Live. They started dating two years later and made their relationship Instagram official in May 2018. Us Weekly broke the news in June 2018 that Davidson and Grande were engaged after a few weeks of dating.

At the time, the Nickelodeon alum dedicated a song to her then-fiancé on her album Sweetener. “I thought you into my life, look at my mind / No better place or a time, look how they align / Universe must have my back, fell from the sky into my lap / And I know you know that you’re my soulmate and all that,” the track’s lyrics read.

After an Instagram fan questioned whether it was too soon to create music about her new romance, Grande replied, “He’s my fiance. This is my album. I’m an honest and emotional artist and human being and if my openness in my work isn’t for you, that’s OK; I won’t be offended. Still wishing y’all all the love in the world.”

Davidson, for his part, poked fun at their whirlwind romance when he joked about a potential breakup two weeks before they called off their engagement.

“God forbid we split up, she takes half my sneakers. I’m totally comfortable being with a successful woman. I live a her place. She pays, like, 60 grand for rent and all I have to do is stock the fridge,” the Guy Code alum said during an episode of SNL in October 2018. “Last night, I switched her birth control with Tic Tacs. I believe in us and all, but you know, I just want to make sure that she can’t go anywhere.”

He added: “You know, I don’t even get royalties for that ‘Pete Davidson‘ song? Like, if we break up, and we won’t — we will — but we won’t. I’m kidding. But like in ten years, if God forbid that ever happened, there will be a song called ‘Pete Davidson‘ like playing in speakers at K-Mart and I’ll be working there.”

Later that month, Us confirmed that the duo went their separate ways, with a source telling Us, “They realized it happened too quick and too early.”

Grande moved on with Mikey Foster before she sparked romance rumors with Dalton Gomez in February 2020. The couple tied the knot in May 2021. Davidson, for his part, dated Kate Beckinsale and Phoebe Dynevor. In November 2021, the King of Staten Island actor was spotted spending time with Kardashian after she hosted SNL one month prior.

That same month, Davidson and Kardashian confirmed their relationship when they were photographed holding hands in Palm Springs. A second source revealed to Us that the twosome “are getting serious” about each other, adding, “Things have definitely escalated quickly but in a healthy, fun way. Right now, they are just enjoying their time together and seeing where things go.”

The Skims founder shared another quote from Grande’s music late last month when she captioned several photos of herself, “just like magic 💫.”

The California native, who shares North, 8, Saint, 6, Chicago, 4, and Psalm, 2, with Kanye West, filed for divorce from the rapper, 44, in February 2021 after six years of marriage. Kardashian was declared legally single on Wednesday, March 2, as her divorce proceedings with the Yeezy designer continue.