King and Queen of Bhutan are joined by their adorable sons Prince Jigme, 5, and one-year-old Prince Ugyen in a new official portrait to mark the couple’s 10th anniversary

The couple, dubbed the ‘Prince William and Kate Middleton of the Himalayas’, shared a snap showing them standing with their five-year-old son Jigme Namgyel Wangchuck, who is known as the Dragon Prince and is heir to the Bhutanese throne.

In the sweet snap, Queen Jetsun, 31, holds their younger son – Prince Jigme Ugyen, born in March 2020 – in her arms, according to People.

King Jigme, 41,the hugely popular fifth Druk Gyalpo, studied in the UK and the US and ascended the throne in 2006, aged just 26 after his own father abdicated. 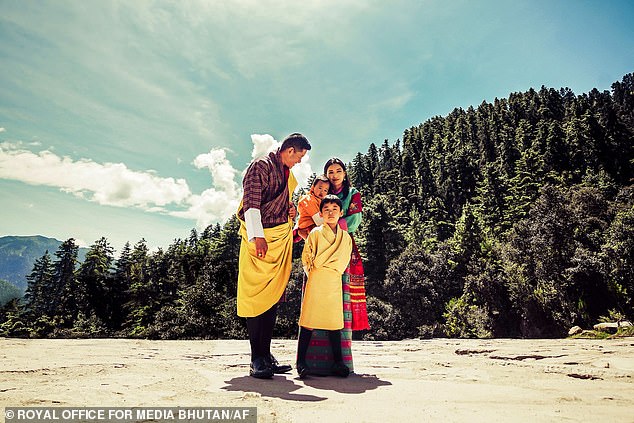 Unlike his son, who plans to have a monogamous marriage, the former King, who introduced democracy to Bhutan during his reign, has four wives, all sisters who he married on the same day.

But despite his own upbringing, the current monarch has made clear that he only plans to have one wife, whom he married on October 13, 2011, when she was still an international relations student at Regent’s College in London.

The match made headlines at the time because the young King was more openly affectionate with his wife than citizens were used to – leaving the couple to be called ‘the William and Kate of the Himalayas’.

The Bhutanese King and Queen married in 2011 – the same year that Prince William and Kate were wed.

However, the King’s very public displays of affection – which included kissing his wife on the cheek and holding her hand – was well-received by young people, with many even choosing to follow the royals’ example. 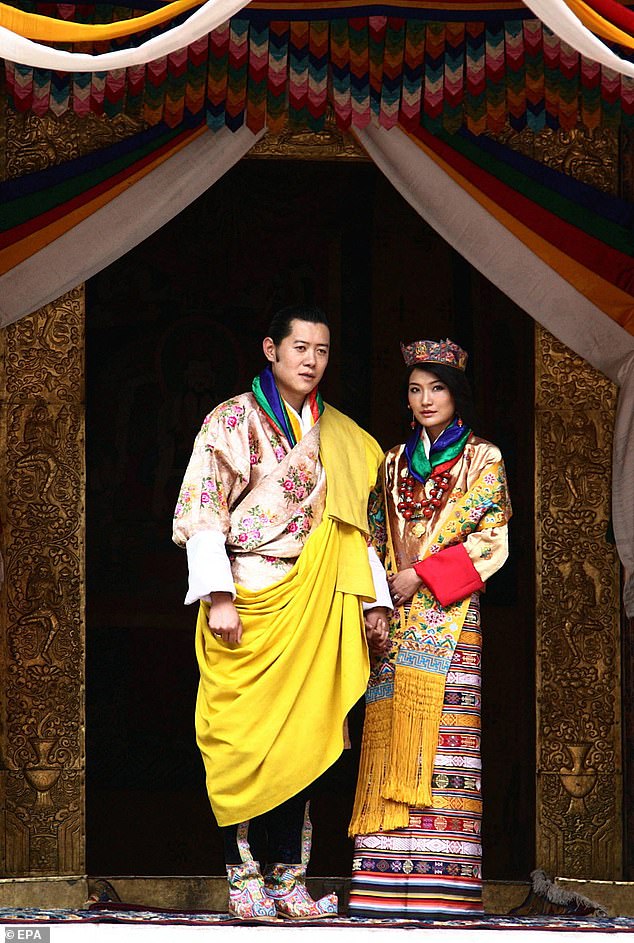 The couple have an unusually close family, with the King’s sister and brother married to the Queen’s brother and sister.

Jetsun is the second of five children, and although she is officially a commoner her family is not without royal connections.

Her father Dhondup Gyaltshen, a pilot with Drukair – the country’s national airline – is the half brother of a former queen consort.

Meanwhile her mother Sonam Chuki, who comes from one of Bhutan’s oldest noble families, is the goddaughter of a Bhutanese prince.