King Charles thanks royal fans for condolences in sweet card

‘Your words have brought huge comfort’: King Charles chooses sweet 1952 photograph with the Queen as he speaks about ‘profound sorrow’ after her death in thank you note to royal fans who sent condolences

King Charles has paid tribute to his ‘beloved mother’ and opened up about his ‘immense sorrow’ following his mother’s death.

The King, 73, is replying to people who sent their condolences when the Queen died, in some of the first royal correspondence to be stamped with his new cypher.

In a photo posted on Twitter, a royal fan shared the card they had received from Buckingham Palace, which thanked them for the kind words. 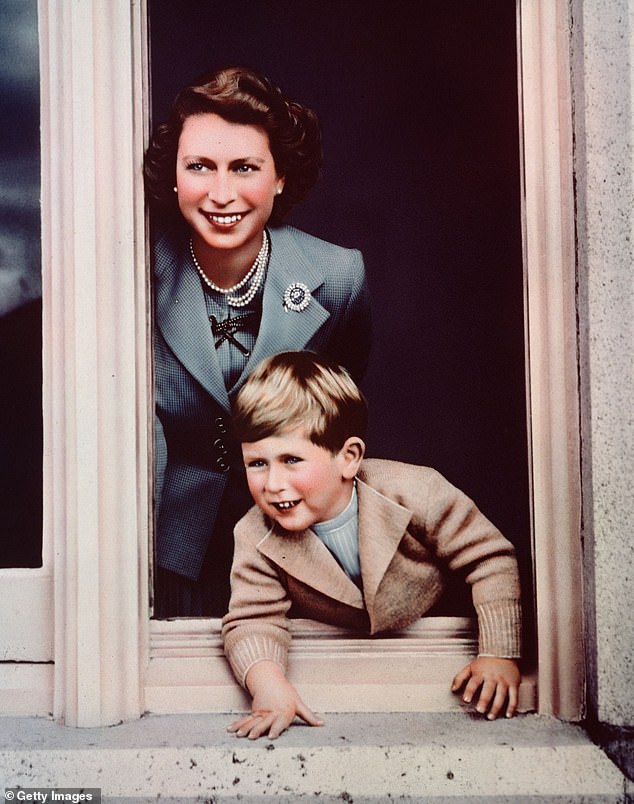 King Charles thanked well-wishers for their ‘generous’ messages of condolence following the Queen’s death in cards which included a sweet photo of himself and his late mother at Balmoral in 1952, when he was around four years old 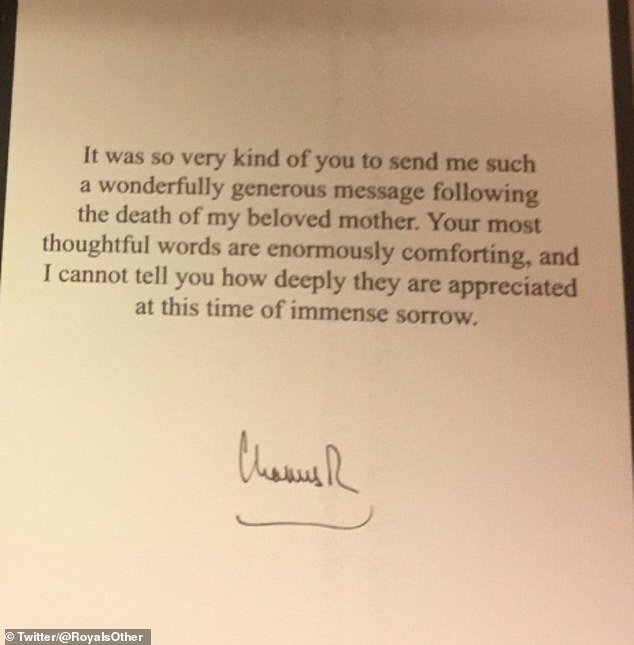 The message in the card read: ‘It was so very kind of you to send me such a wonderfully generous message following the death of my beloved mother.

‘Your most thoughtful words are enormously comforting, and I cannot tell you how deeply they are appreciated at this time of immense sorrow.’

The card was imprinted with the C III R cypher, which means Charles II Rex. Rex is the Latin for ‘king’.

It also carries a representation of the Tudor Crown in a reference to his grandfather, George VI. 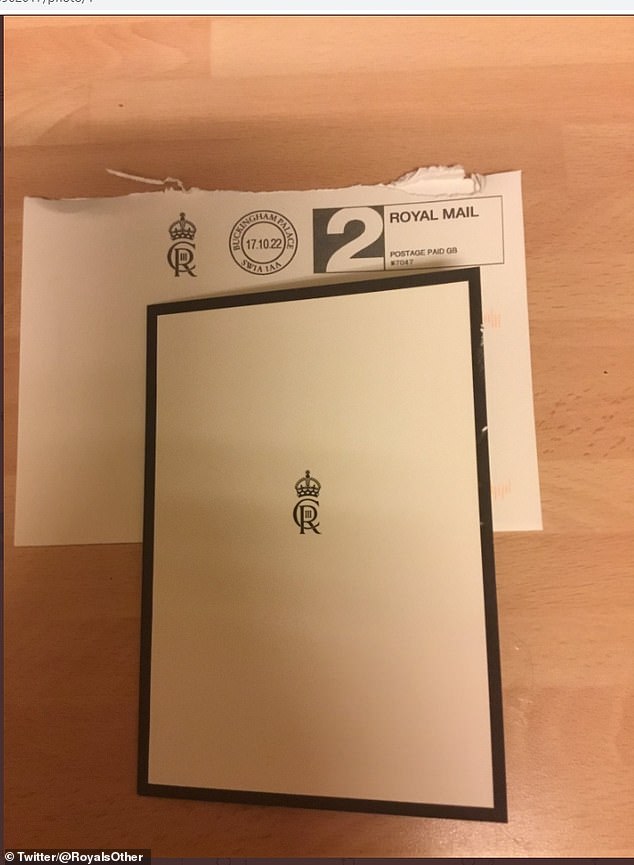 Although the cover of the card is a simple design with a black border and the cypher, the inside shows a sweet photo of a young Charles with his mother.

Taken at Balmoral in 1952, when the King was around four years old, the photo shows him leaning out of a window to reach for something while the Queen stands behind him, beaming.

As Charles dutifully stepped into the role of King immediately after the Queen died, royal fans could be forgiven for forgetting that the he has also been grieving for his mother.

However, since he ascended the throne, the King has kept memories of his mother dear with subtle hints paying tribute to her – and by addressing her legacy, which he hopes to continue during his own reign.

In his first televised address to the nation following his mother’s death, the King said: ‘Throughout her life, Her Majesty The Queen – my beloved Mother – was an inspiration and example to me and to all my family, and we owe her the most heartfelt debt any family can owe to their mother; for her love, affection, guidance, understanding and example.

‘Queen Elizabeth was a life well lived; a promise with destiny kept and she is mourned most deeply in her passing. That promise of lifelong service I renew to you all today.’

He spoke from the Blue Room at Buckingham Palace, where his mother had recorded some of her Christmas Day speeches, and had a photo of the Queen on the desk next to him.

The new royal cypher was first seen being printed on 27 September as they rolled off the Court Post Office printer at Buckingham Palace.

The cypher is the personal property of the King and was selected by him personally from a series of designs prepared by the College of Arms.

The King’s cypher is perhaps best known for appearing on items including postboxes and state signage, but it is also used by government departments and by the Royal Household for franking mail.

A Scottish version of the symbol features the Scottish Crown, approved by the Lord Lyon King of Arms.

Queen Elizabeth II’s design featured the St Edward’s Crown, which can be found on pint glasses and government buildings to police uniforms.

When the cypher first debuted, some pointed out it bore a striking similarity to Christiano Ronaldo’s own branding, which features his initials and his shirt number.