KITKAT Gold is finally launching in the UK next month – and it looks very luxurious.

The fancy four-finger bar still has a traditional wafer inside, but its been topped with a creamy white chocolate that tastes of caramel. 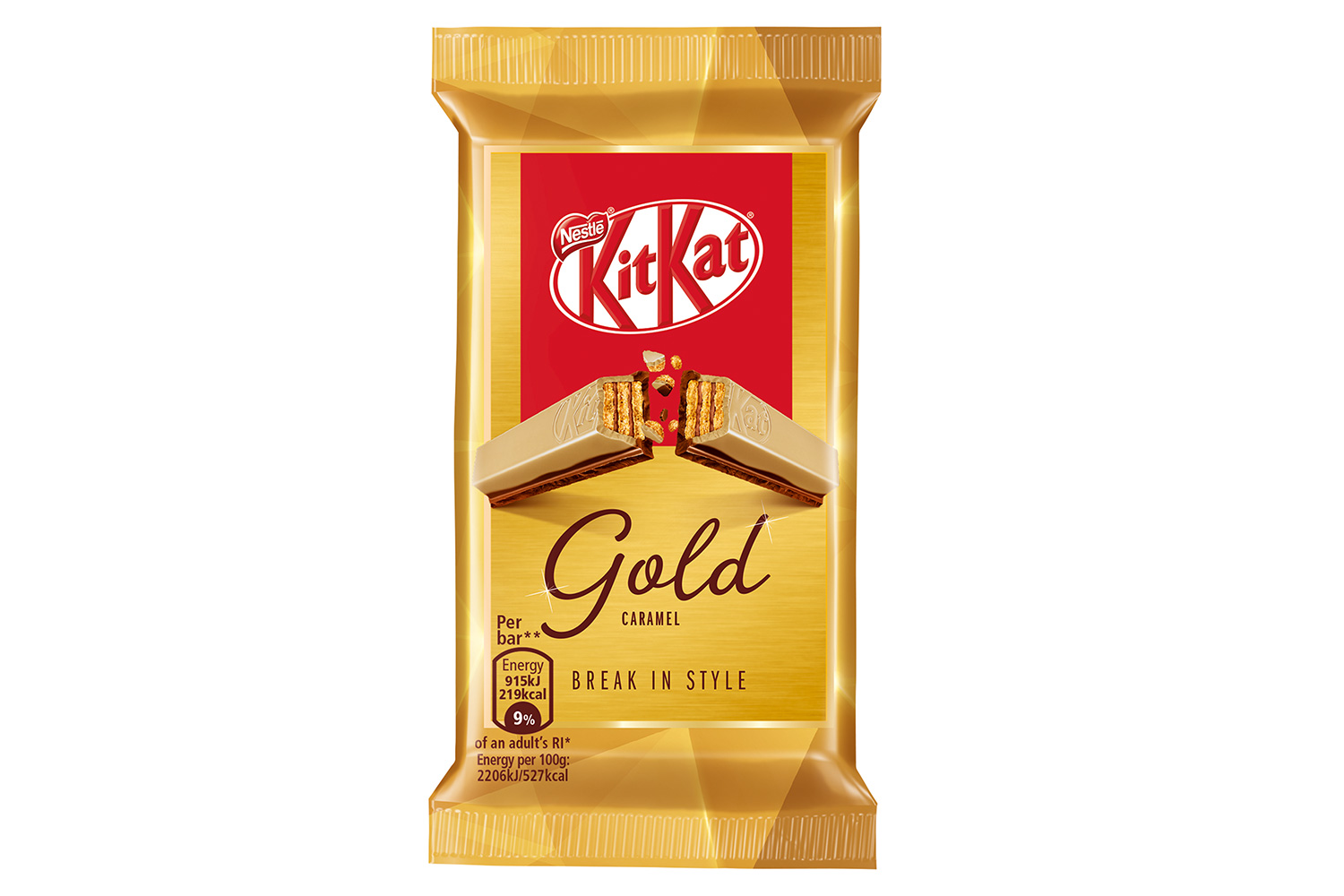 The base is made from the smooth milk chocolate used on regular KitKats.

A version of KitKat Gold was introduced in Australia in 2018 as a limited edition, so UK fans will no doubt be thrilled to finally get their hands on it.

It’ll then be rolled out to most major retailers on March 31.

Nestlé tells us the RRP for the four-finger treat is 85p, although stores are free to set their own prices.

There’s 219 calories per four-finger bar, which is around 10 less than the 209 calories you’ll find in regular KitKats.

We’ve asked manufacturer Nestle if the new KitKat Golds will taste like Caramac, but they’ve told us to wait and try them ourselves.

Alex Gonnella, Nestlé’s marketing director, confectionery for the UK and Ireland, said: “We’ve had an amazing response to the new KitKat experiences that we’ve introduced over the last few years.

“I am certain that KitKat Gold is going to be just as big a hit on these shores as it has been down under.”

Nestlé has been good to KitKat fans in the UK over the last few months.

Green tea match and ruby cocoa KitKats were released early last year, while discounter B&M is stocking three rare flavours including one that tastes of coconut.

In more chocolate news, Cadbury is bringing back its Bournville Old Jamaica chocolate bar that tastes of rum and raisin.

While Cadbury has revealed its Easter range and it includes £6 tins of Creme Eggs and Mini Eggs.

Plus, Reese’s sell-out Easter egg that’s filled with peanut butter is back and it costs £4 in Iceland.