Who is Joe Biden’s speechwriter?

Why are so many women wearing purple at Biden’s inauguration today?

Indian village cheers for Harris before swearing-in as US VP

Check performing at a presidential inauguration off of Lady Gaga’s already impressive list of accomplishments.

The “Stupid Love” singer — dressed  in a dramatic black and red gown, with a large gold eagle brooch  — gave an exuberant, emphatic performance of “The Star Spangled Banner.”

Showing that she doesn’t need all of the razzle dazzle, Gaga simply let her powerhouse pipes soar to the skies over the Capitol.

Sticking fairly close to the traditional arrangement of the national anthem  — as accompanied by the United States Marine Band — she took few liberties with the anthem until, toward the end, she Gaga-fied it just enough to let you know that Mother Monster was still there.

Gaga, who previously sang “The Star-Spangled Banner” at the 2016 Super Bowl, has been riding with Biden for a while now, having supported him throughout his campaign, including performing at his final rally in Pittsburgh on Nov. 2.

Previously, Biden introduced Gaga when she performed “Til It Happens to You” at the 2016 Oscars and worked with the singer on his It’s On Us campaign against sexual assault. 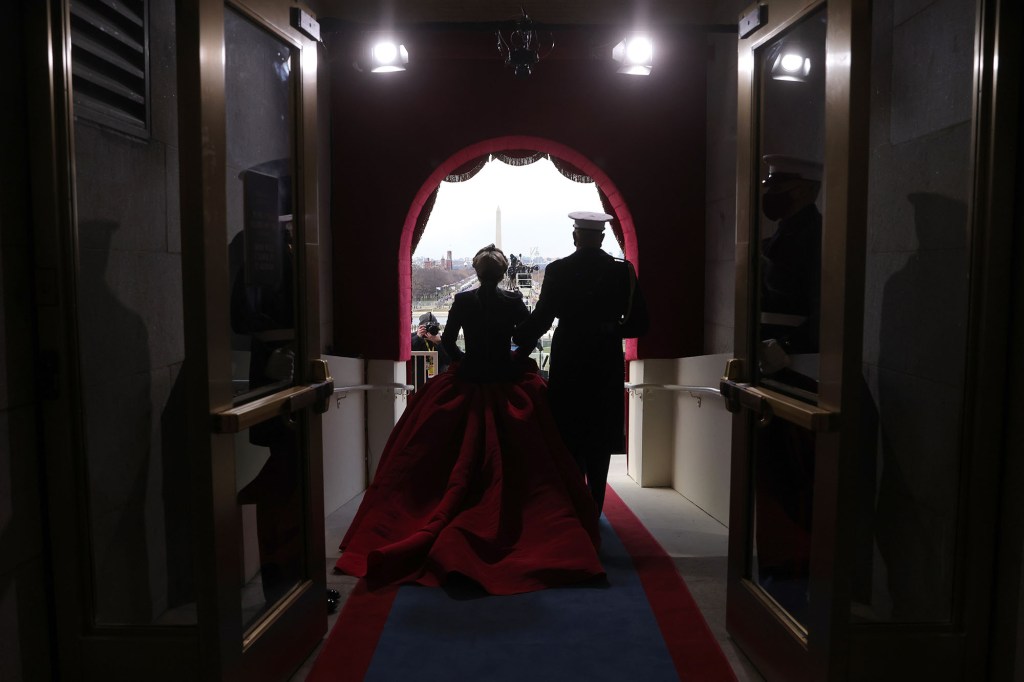 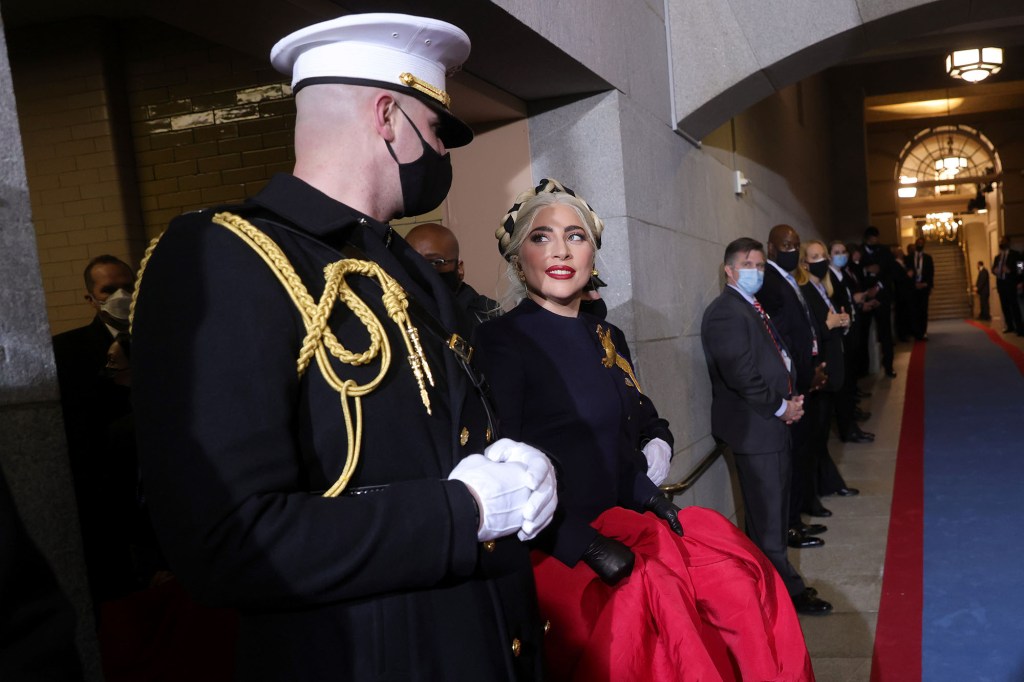 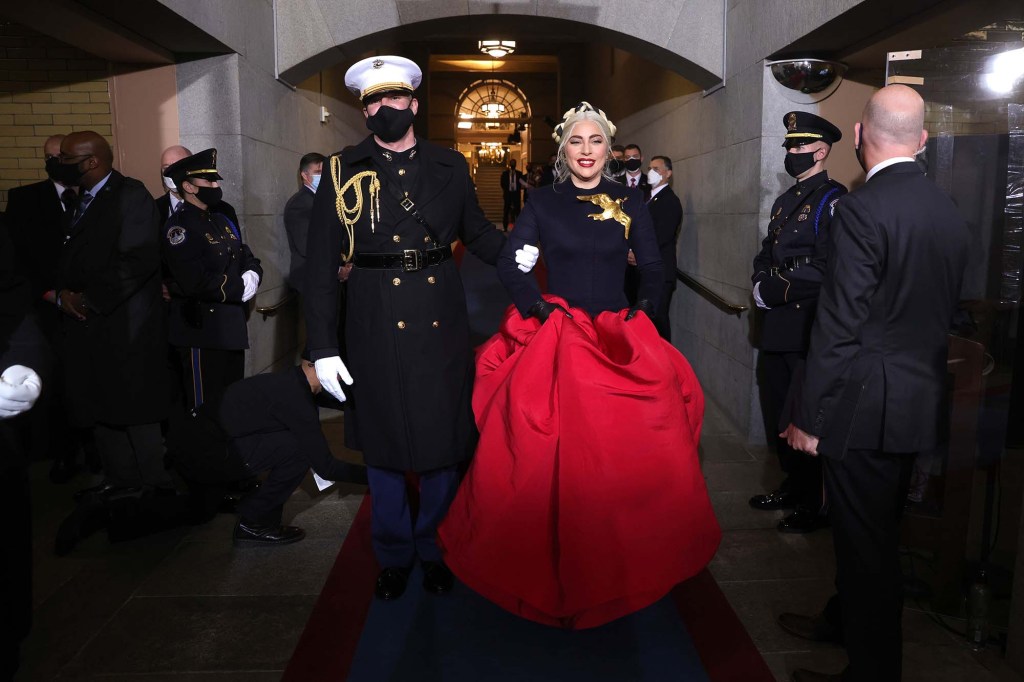