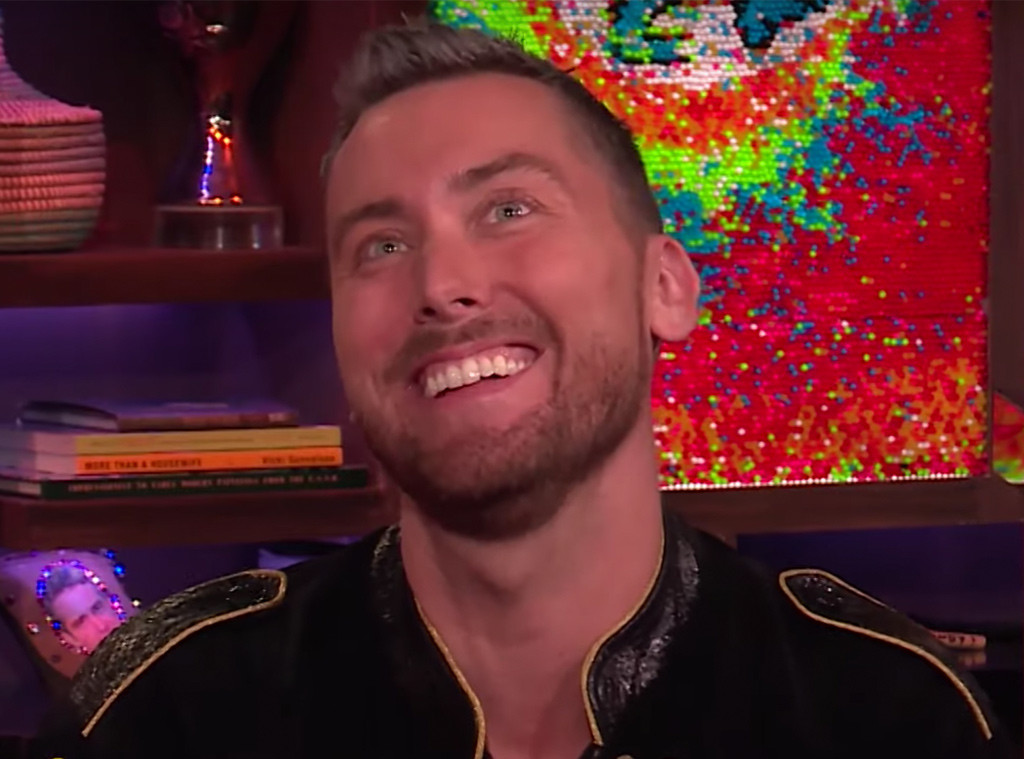 When it comes to opening up about his firsts, Lance Bass has no strings attached.

The ‘‘N Sync star proved this to be true while playing a round of “First Thing First” on Monday’s episode of Watch What Happens Live With Andy Cohen.

During the game, Andy Cohen asked the former boy band member about the first time he joined the “mile high club.”

“It was on a BBJ,” the 40-year-old singer recalled, clarifying that he did the dirty on a Boeing Business Jet. “Because it has a bed.”

Bass also revealed he shared this first-time experience with a woman. When the Bravo executive asked the artist, who is gay, if he regularly had sex with women during his time in the band, Bass replied, “I was doing it, and doing it and doing it well. We did what we had to do to survive.”

He also recalled coming out to Britney Spears in 2004 after she tied the knot with Jason Alexander in Las Vegas.

“I went up to Vegas to kind of see the craziness that was happening, and she was a little upset once she realized what she had done,” he recalled. “Because, you know, it was like a funny thing, and then she started, like, really crying and, like, she was so upset. And so, I took her to her room, and we’re sitting on the bed and she wouldn’t stop crying. So, I was like, ‘I’m gay.’ And it made her stop crying. She chuckled.”

Bass didn’t publicly come out as gay until 2006.

“I was afraid to tell anyone mainly because of ‘N Sync,” he said in 2015 on an episode of Lance Loves Michael: The Lance Bass Wedding—a show about his road to the altar with Michael Turchin. “You know, if I told one person, I knew someone would tell someone else and it would go around and the group would be over. The guys would hate me, and they would leave the group and be like ‘We’re not going to be in a group with a gay guy.'”

When a caller asked Bass if he ever had a crush on one of his former bandmates, the artist was quick to respond.

Bass and Turchin have now been happily married for almost five years and are hoping to start a family in the future.

(E! and Bravo are both part of NBCUniversal).