The “Girls” creator, 36, gave her Instagram followers a glimpse at her colorful swimsuit collection on Instagram Wednesday, posing in a series of bikinis (plus a classic one-piece) from Hollywood-loved label Hunza G.

Famous for its signature crinkle-stretch fabric, the sustainable company makes its swimsuits in just one size that promises to fit UK sizes 6 through 16 (or US sizes 4 through 14). 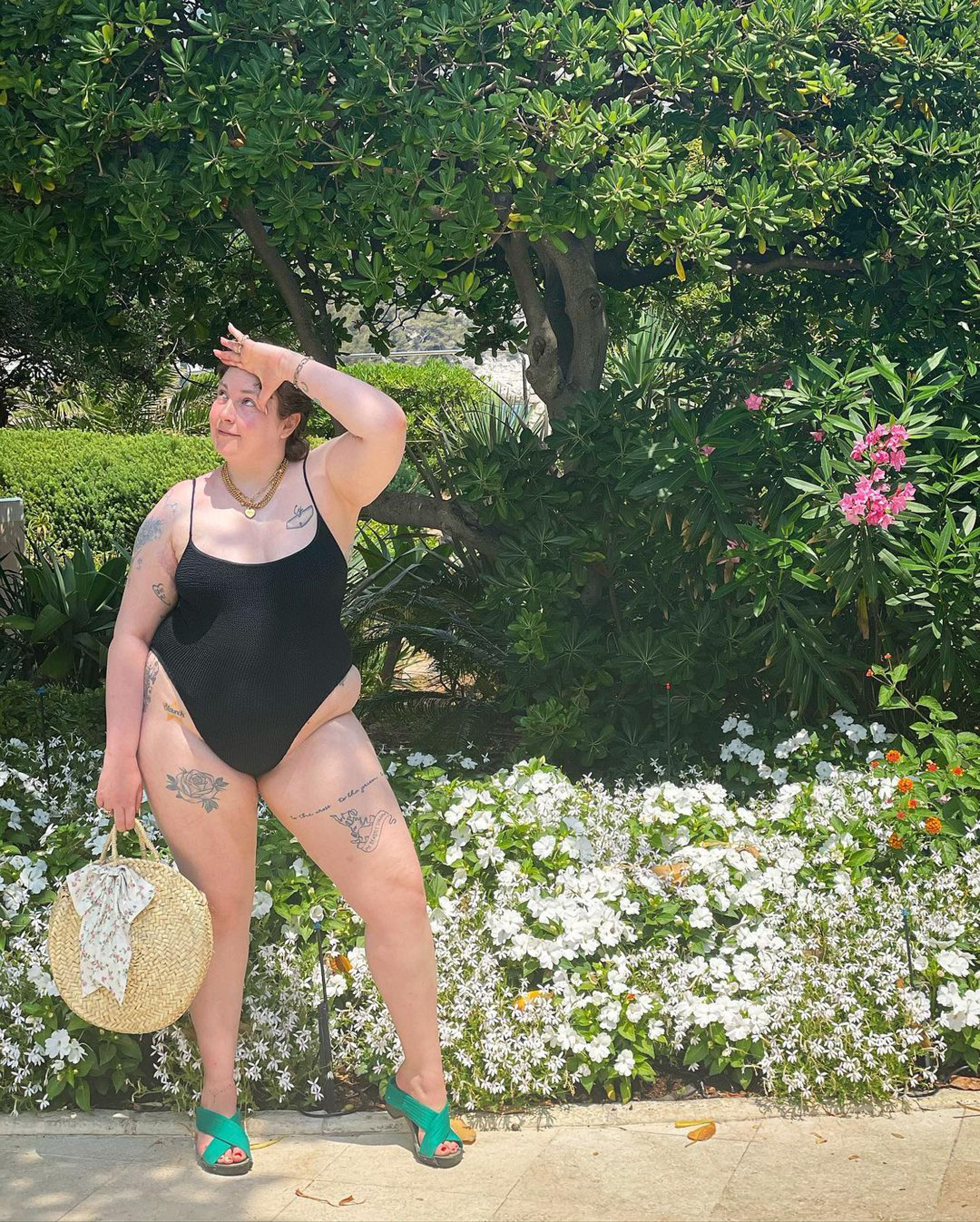 Although Dunham limited comments on her post, Sam Smith described the pics as “just stunning,” while one fan exclaimed, “Now I want to wear a bikini!”

Wrote another, “I wish I had your confidence,” calling Dunham a “role model” and explaining, “I look at you and think beautiful! But then I look at myself and can’t help but hide everything.” 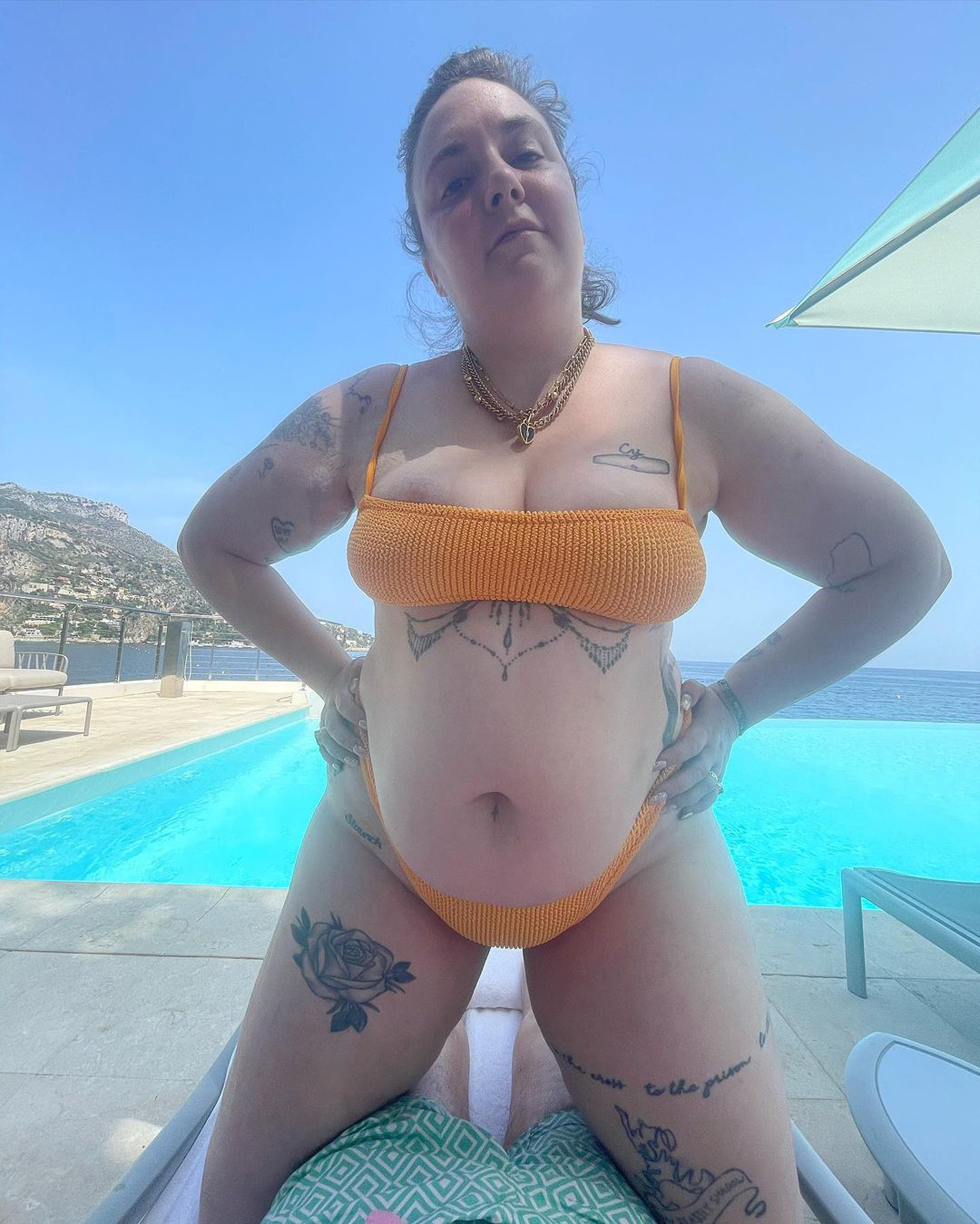 The “Sharp Stick” director has been open about her own body image insecurities, however.

In September, she posed on social media in a hunter green two-piece, quoting the late Nora Ephron in her caption: “Oh, how I regret not having worn a bikini for the entire year I was twenty-six. If anyone young is reading this, go, right this minute, put on a bikini, and don’t take it off until you’re thirty-four.” 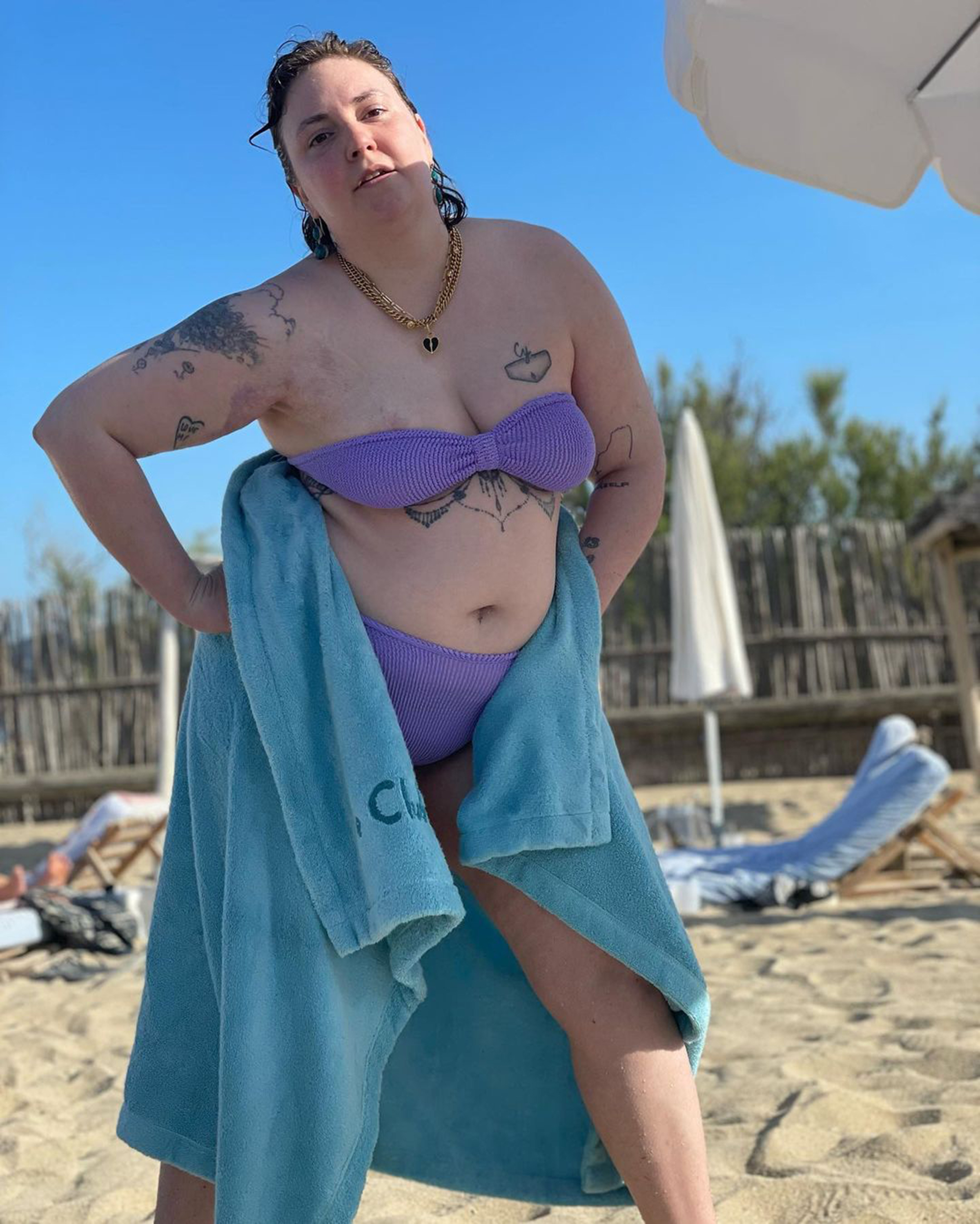 Dunham’s also faced her fair share of body-shaming comments online, most recently after sharing photos from her wedding to Luis Felber in September.

Addressing the “gnarly s—t” sent her way, she wrote on Instagram at the time, “When will we learn to stop equating thinness with health/happiness? Of course weight loss can be the result of positive change in habits, but guess what? So can weight gain.”