Los Angeles: Leslie Jordan, the Emmy-winning actor whose wry Southern drawl and versatility made him a comedy and drama standout on TV series including Will & Grace and American Horror Story, has died. He was 67.

“The world is definitely a much darker place today without the love and light of Leslie Jordan. Not only was he a mega talent and joy to work with, but he provided an emotional sanctuary to the nation at one of its most difficult times,” a representative for Jordan said in a statement on Monday. “Knowing that he has left the world at the height of both his professional and personal life is the only solace one can have today.”

The Tennessee native, who won an on outstanding guest actor Emmy in 2005 for Will & Grace, appeared recently on the Mayim Bialik comedy Call me Kat and co-starred on the sitcom The Cool Kids. 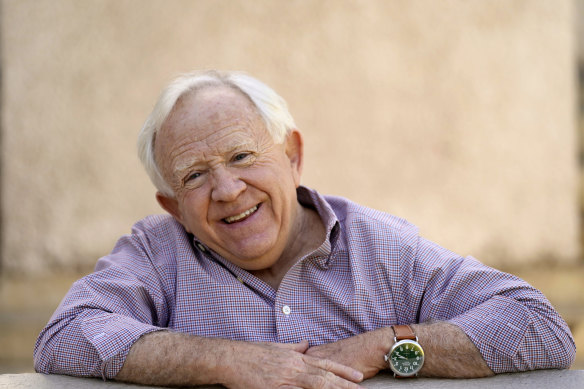 Leslie Jordan in April last year while promoting his book How Y’all Doing?: Misadventures and Mischief from a Life Well Lived. The Emmy-winning actor has died at 67. Credit:AP

Jordan’s other eclectic credits include Fantasy Island and The United States vs. Billie Holiday.

Jordan earned an unexpected new following in 2021 when he spent time during the pandemic lockdown near family in his hometown. He broke the sameness by posting daily videos of himself on Instagram.

Many of Jordan’s videos included him asking “How ya’ll doin?” and some included stories about Hollywood or his childhood growing up with identical twin sisters and their “mama,” as he called her. Other times he did silly bits, such as complete an indoor obstacle course. 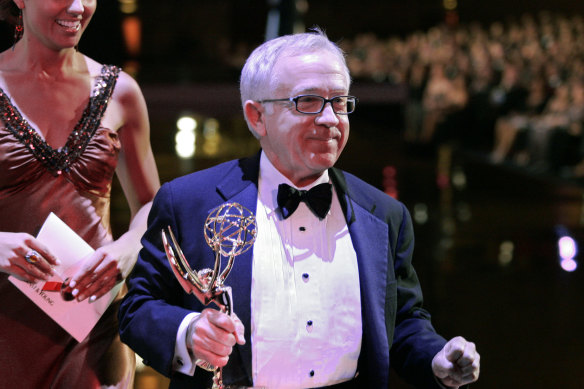 Leslie Jordan carries his award for outstanding guest actor in a comedy series, for his work on Will & Grace, during the Creative Arts Emmy Awards in Los Angeles in 2006.Credit:AP

“Someone called from California and said, ‘Oh, honey, you’ve gone viral.’ And I said, ’No, no, I don’t have COVID. I’m just in Tennessee,” said Jordan. Celebrities including Michelle Pfeiffer, Jessica Alba and Anderson Cooper, along with brands such as Reebok and Lululemon, would post comments.

He said he soon he became fixated with the number of views and followers he had, because there wasn’t much else going on.

“For a while there, it was like obsessive. And I thought, ‘This is ridiculous. Stop, stop, stop.’ You know, it almost became, ‘If it doesn’t happen on Instagram, it didn’t happen.’ And I thought, ‘You’re 65, first of all. You’re not some teenage girl.‘”