Like Britney, I shared my pregnancy news before 12 weeks and then miscarried 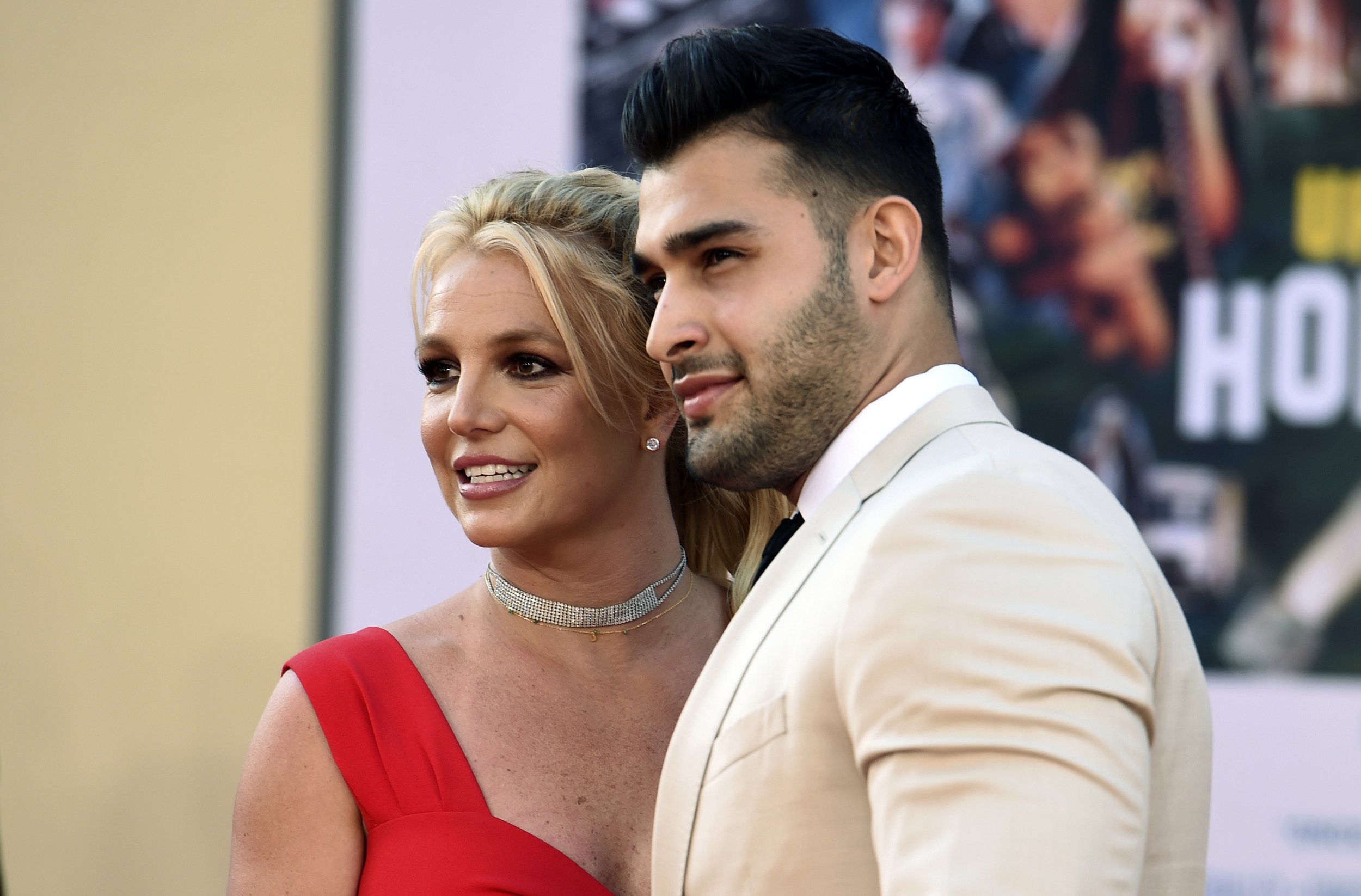 When we first started trying for a baby, I really didn’t know how long it would take for us to conceive – so I was shocked and excited when it happened straight away

I remember thinking it was just meant to be.

I couldn’t wait to tell everyone, but we decided to just tell my parents first – days after I got my positive pregnancy test.

I had bought my mum a knitting kit for making baby booties, so I wrapped it up and gave it to her as a surprise. It was such a special feeling sharing the news and we both cried happy, hopeful tears thinking about all the fun days to come.

Next, I desperately wanted to tell my sisters, but as my middle sister was getting married the following week I decided to wait until after her wedding.

But my excitement had taken over and I didn’t want to wait any longer than necessary to tell the rest of my family. So, I wrote a riddle for my sister to read aloud to everyone at a family breakfast the morning after her wedding. This included my sisters, both brother-in-laws, niece and nephew.

At this point, I was nine weeks pregnant. On reflection, some of the reactions from my family were apprehensive and tentative. I didn’t notice at the time but I suppose they maybe thought it was too soon for me to be shouting it from the rooftops but, at that point, I didn’t even consider I might lose the baby.

I paid lip service to the fact it was ‘early days’ but I thought it was fine to tell my closest family and to allow myself to be happy and enjoy it.

If I’m being honest, I had even decided it was going to be a girl. I had thought about names and I’d imagined in so many ways what she would be like.

But sadly, just one week later, floods of emotion and joy turned to sadness. I was working from home one day and I had some light bleeding. I was worried but I still hadn’t accepted what might be happening.

After many sleepless nights and two scans (they weren’t sure after the first so we spent a painful week in turmoil about the outcome), we were told we had lost the baby at 11 weeks.

The initial feeling was one of shock, followed by feeling so stupid for having told anyone. I just genuinely didn’t think it would happen to me.

Seeing the sad news that Britney Spears has lost her baby in ‘early pregnancy’ reminded me of my own experience.

In Britney’s post, she said that the couple should have perhaps ‘waited until we were further along’.

Personally, I am glad I told my friends and family. They are the ones I needed most for support when the worst happened and I’m glad they knew. The idea that people should wait until they’re past the ‘safe’ stage can be damaging if people feel they need to hide a loss if it happens.

High profile stories like this also remind me how common miscarriage is, and I find myself wishing that it was talked about more openly.

I was repeatedly told not to worry and that we could just ‘try again’, which made me frustrated and angry that people didn’t seem to understand that in my eyes I had lost a baby; not just the idea of a baby, an actual baby. I found myself feeling alone and isolated, like I wanted the ground to swallow me up.

Knowing that more than one in five pregnancies ends in miscarriage just reinforced that I would never try again – as I couldn’t stand the thought of going through it a second time.

The hormones and emotions were so strong that I remember for the first time in my life feeling that I had no control over my mood at all. It was like I woke up with a black cloud over me everyday and no ability to walk out from under it.

People think you can just ‘cheer up’ but that really wasn’t at all possible. The feeling consumed me and overwhelmed me at every step. Until it happened to me, I hadn’t fully understood what impact a miscarriage can have on a person.

A year previously a friend had had a miscarriage and told me she couldn’t get out of bed. I am ashamed to say I thought at the time that sounded a bit dramatic, but now I am acutely aware of what a dark time it is.

From the point at which women are sexually active, we are conditioned to be worried about accidental pregnancy. So much so that the idea of not being able to get pregnant, or have a baby, comes as a huge shock.

It can make you feel as though there must be something wrong with you. Especially with the added pressure of a ticking biological clock, when you’re trying to balance your want for a family with a passion for your career and other aspirations.

It’s almost impossible to get it right. We are being set up for failure.

Overall I think we need to liberate discussions and education on these crucial topics.

We need to help girls and young women understand more about their bodies and pregnancy. The physical and emotional impacts of miscarriage are serious and, until society takes them seriously, women will have to deal with them alone.

After time we did try again and I had a successful pregnancy, which resulted in my daughter being born in January this year.

Again, I chose to tell my parents and my sisters before the 12 week mark. I also had an early scan for reassurance. That was the right choice for me and helped me to make it through the early stage with plenty of love and support around me.