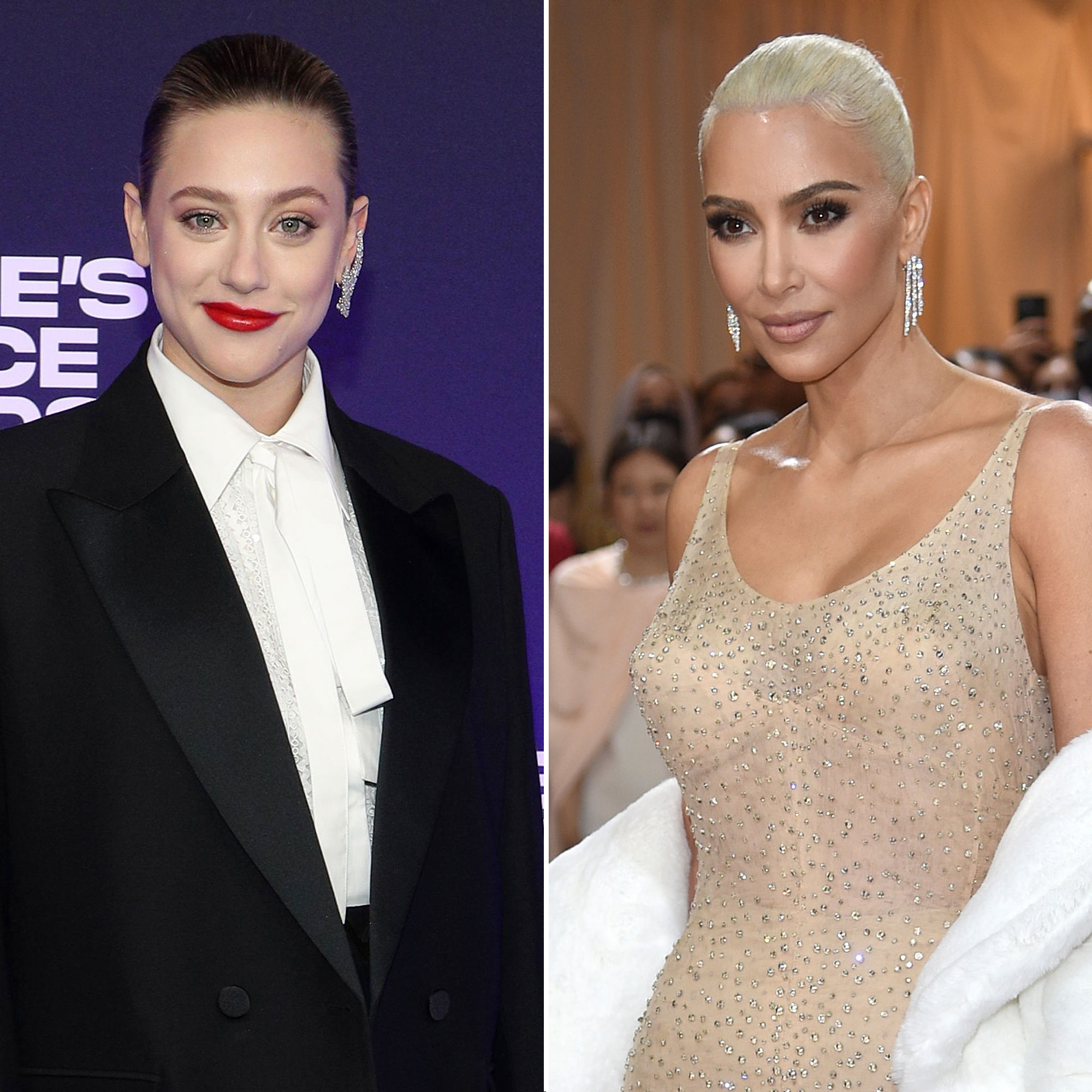 Sticking by her statement. After seemingly calling out Kim Kardashian, Lili Reinhart clarified that her intentions were to start a larger conversation about toxic diet culture.

“Sigh. I do not say the things that I say because I want to be relevant or get attention. I speak up because I don’t see enough people with large platforms calling out toxic behavior in our industry. Some people will never understand where I’m coming from and that’s okay ☯️🙏🏻,” Reinhart, 25, tweeted on Wednesday, May 4, after her initial comments made headlines.

One day prior, the Riverdale star took to social media to question Kardashian’s interviews from the 2022 Met Gala. “To walk on a red carpet and do an interview where you say how starving you are… because you haven’t eaten carbs in the last month…all to fit in a f–king dress?” Reinhart wrote via her Instagram Story on Tuesday, May 3. “So wrong. So f–ked on 100s of levels.”

The Ohio native continued: “To openly admit to starving yourself for the sake of the Met Gala. When you know very well that millions of young men and women are looking up to you and listening to your every word. The ignorance is other-worldly disgusting.”

The actress also requested that others stop showing support for the “stupid, harmful celebrities” who contribute to harmful conversations about different body types. “I am not generally an angry person but I swear to god, the toxicity of this industry sometimes really gets to me,” she concluded at the time. 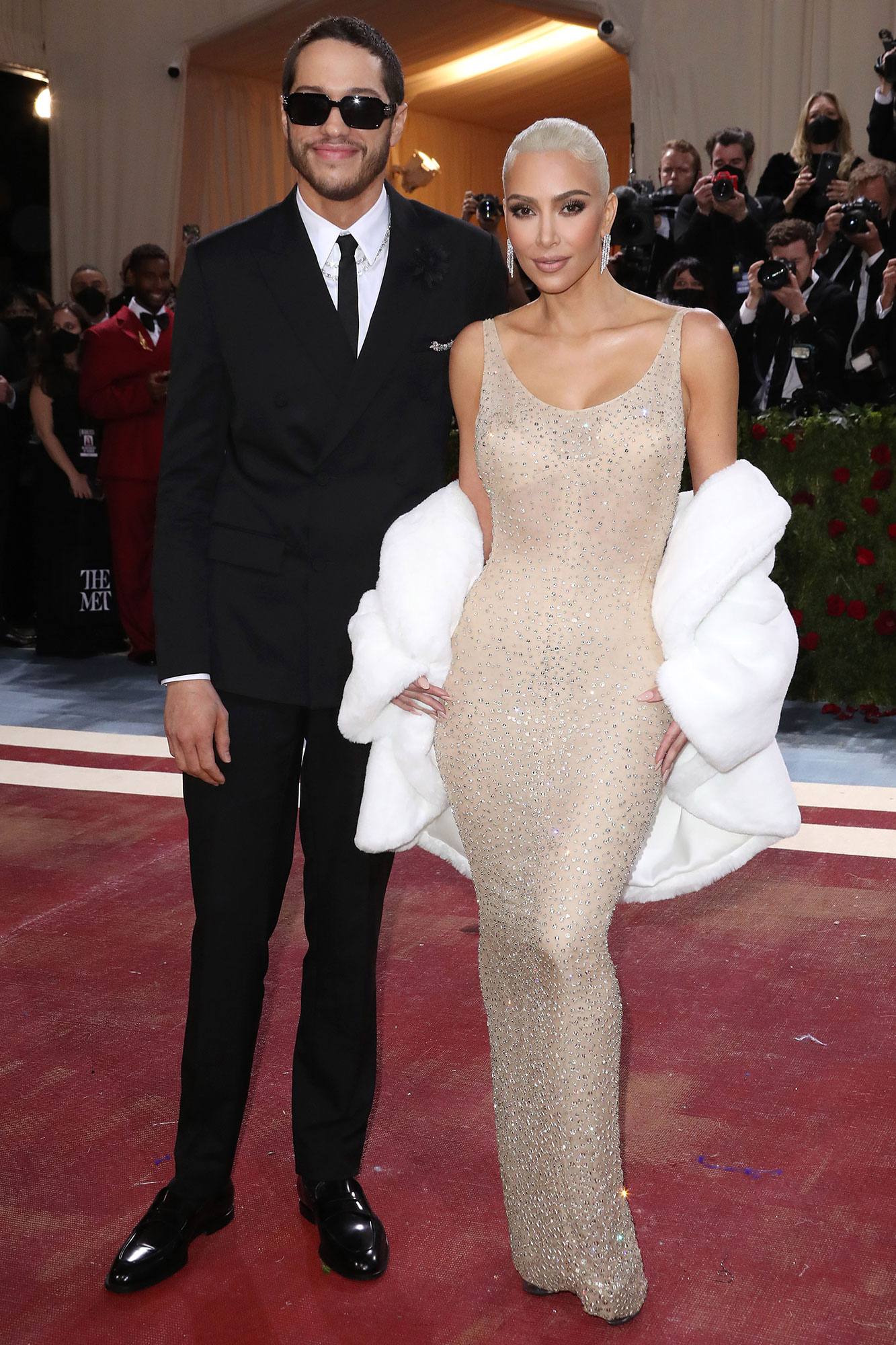 Although the Hustlers star did not name Kardashian, 41, the post came one day after the Skims founder revealed that she lost 16 pounds in three weeks to fit into her vintage Bob Mackie gown. “It was this or nothing,” the TV personality told Vogue on Monday, May 2, about the white dress previously worn by Marilyn Monroe in 1962. “I didn’t starve myself, but I was so strict.”

The California native noted that she “would wear a sauna suit twice a day, run on the treadmill, completely cut out all sugar and all carbs and just eat the cleanest veggies and protein” in order to lose weight. Kardashian also bleached her hair blonde ahead of her Met Gala red carpet debut with boyfriend Pete Davidson.

After Fashion’s Biggest Night, the businesswoman offered a glimpse at her celebration with pizza and donuts. “So, after the Met, I am starving,” the KKW Beauty founder said later that night while showing off a donut bar via her Instagram Story. “And my favorite donuts in the entire world, in New York City are these mini donuts. Oh, my God, you guys, I have them in the room! How cute is this?”

The Keeping Up With the Kardashians alum also showed off numerous pizzas in her hotel room, adding, “Guys, I haven’t had carbs or sugar in almost a month. Definitely [not for] three weeks. And this pizza … I’m so excited!”

Reinhart, for her part, has previously opened up about her struggles with body image. “I’ve been struggling with obsessive thoughts about my body/weight the last few months and it’s gotten pretty severe in the last week,” the Chemical Hearts star detailed in a series of Instagram Story posts in January. “So I want to take a moment to be vulnerable and share this in the hope that any of you who are also struggling don’t feel so alone. I’m here with you. It’s challenging to look at your body with love instead of criticism. It’s a practice I’m still learning.”

The CW star offered praise for her attributes while slamming society’s unrealistic standards for women. “My body has carried me through 25 years of life. All my scars, tears, trauma … I wish I could love it more, even when it doesn’t look like it did when I was 20. But I’m trying,” she shared. “I know my body deserves equal love and admiration at any size. To not feel at home in my own skin is a devastating feeling. As if my body has betrayed me by changing. I’ve looked in the mirror and pulled my skin back tight to see what I *should* look like. What I’m expected to look like … in an industry where you’re ~inconvenient~ when not a sample size.”

Reinhart concluded: “I know I’m not alone in this toxic way of thinking about my body. And it’s heartbreaking that this feeling is understood by so many of us. Let’s continue to talk about it. Normalize it. Empathize with others. Show compassion and kindness.”