Lindsey Graham Has A Serious Warning For Donald Trump 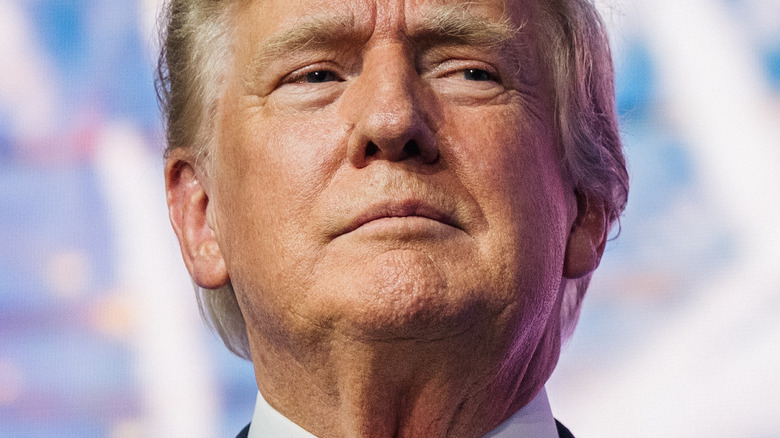 Former President Donald Trump has a talent for making friends out of enemies and enemies out of friends. During the four years he was in office — and in the months since he left it — he has made and lost such an array of allies that you need a scorecard to keep up with them all.

One person who continues to have Trump’s back, though, is Sen. Lindsey Graham. The longme Republican senator from South Carolina has softened his opinion of Trump quite a bit over the last few years. During the battle for the GOP nomination in 2015, Graham warned that a Trump presidency would be disastrous: “You know how you make America great again?” he said. “Tell Donald Trump to go to hell” (via The Daily Beast). His stance evolved, however, after Trump took office in 2017.

And while Graham didn’t attempt to block the certification of President Biden into office, he is hopeful that Trump will be able to lock up the nomination in 2024 and perhaps even win a second term. To do so, however, Graham says Trump needs to let go of one of his favorite topics — and chief complaints. In an interview with The New York Times, “What I say to him is, ‘Do you want January 6 to be your political obituary? Because if you don’t get over it, it’s going to be” (via Insider).

Donald Trump has his own take on the Capitol insurrection 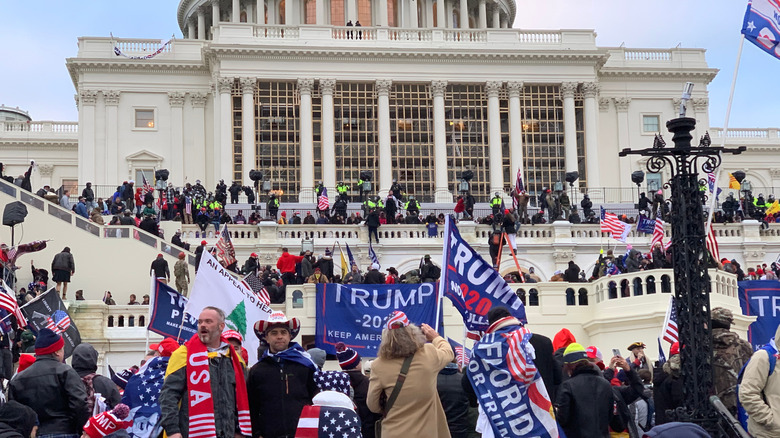 Lindsey Graham’s reference, of course, is to the January 6 attack on the U.S. Capitol building and the chaos that followed. Timed to coincide with the congressional certification of the election results, outgoing President Donald Trump held a rally on the Ellipse for thousands of his supporters, continuing to claim that the election had been rigged and calling on his followers to go to the Capitol and “give [the Republican members of Congress] the kind of pride and boldness they need to take back our country” (via The Washington Post).

But supporters went much further than that; they breached barriers, fought police officers, broke into the building and roamed through the halls, destroying property and taking selfies in the Senate chamber. The protest resulted in the deaths of five people — including protester Ashli Babbitt — and $500 million in damages.

Since that infamous day, Trump has not only refused to condemn the rioters, he also continues to rewrite the narrative on the events. During a detailed interview with two reporters, the former president called the protesters “a loving crowd” who were simply expressing righteous anger over the election. He recently painted Babbitt as a martyr who “truly loved America,” and the officer who shot her as a “murderer” (via Axios). And he continues to harp on the election results in the “news” feed of his personal website.

Graham doesn’t think Republicans will put up with three more years of this. Trump seems to be betting they will.