A One Direction do-over? Lisa Rinna is making it clear — for the second time — that she would love if her daughter Amelia Gray Hamlin was dating Harry Styles instead of Scott Disick.

Scott Disick and Amelia Gray Hamlin: A Timeline of Their Whirlwind Romance

The Real Housewives of Beverly Hills star, 58, bashed the Keeping Up With the Kardashians alum, 38, on the August 25 episode of the Bravo show, asking, “Why can’t it be Harry Styles? Why the f–k is it Scott Disick? … My husband, Harry [Hamlin], made it quite clear that he would not object if [our daughter] Delilah [Belle Hamlin] and Eyal [Booker] got married, which is pretty shocking, but that says a lot. I can’t say the same for Amelia at this point now.” 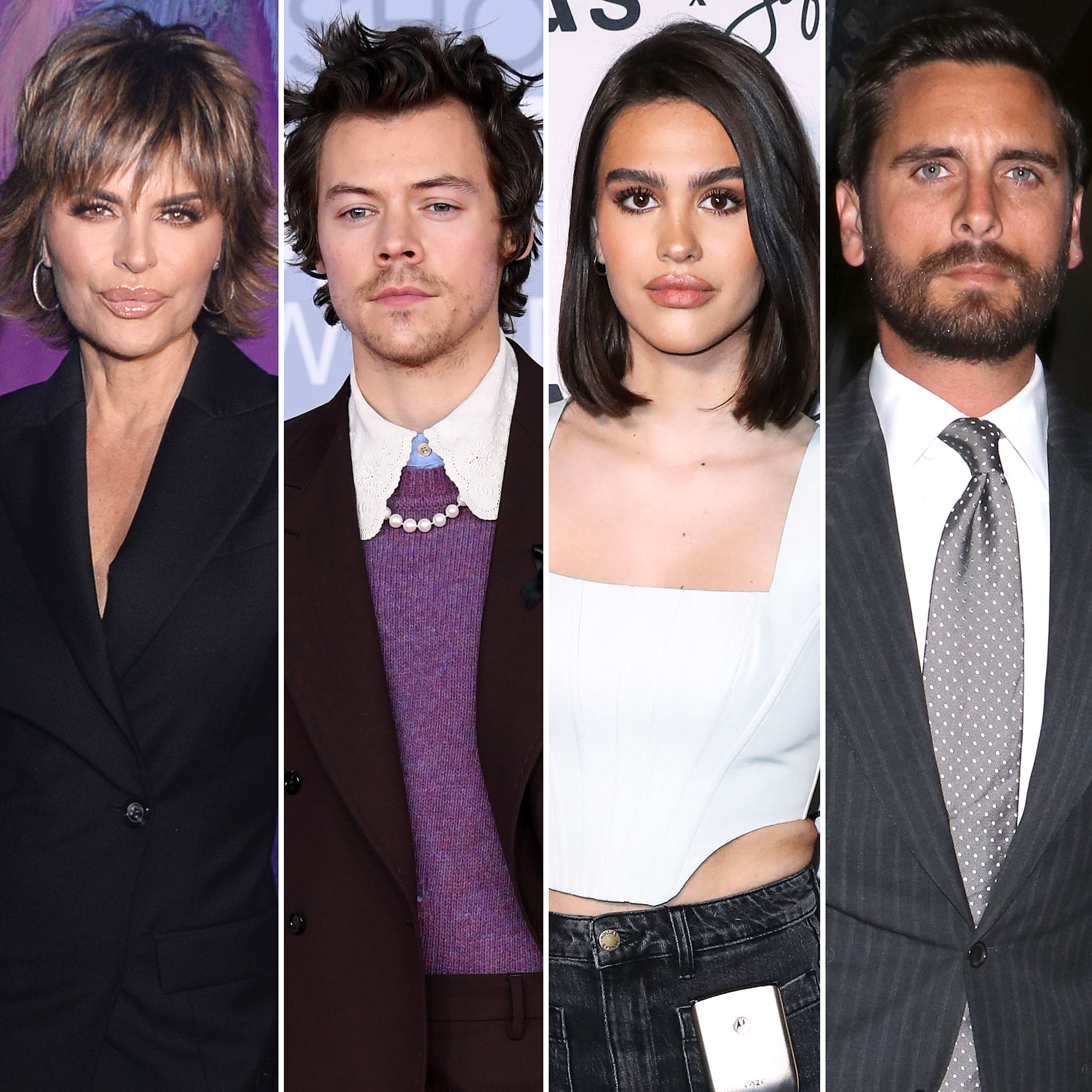 The Algeria native replied, “Don’t matter to me as long as she’s happy. PS: i aint your bro.”

Later that same day, Amelia, 20, appeared to react to the scandal when she posted an Instagram Story photo of a man holding a cardboard sign. It read, “Be nicer to each other.”

By Sunday, September 5, the model seemed to be singing a different tune when she posted a “Don’t You Have a Girlfriend?” tank in a shady Instagram Story upload. Amelia went on to share supportive messages from her family members, with Rinna calling the look “’90s supermodel vibes,” while Delilah, 23, wrote, “So sick.”

Amelia has been linked to Disick since October 2020 and is “embarrassed” for him, a source exclusively told Us Weekly on Thursday, September 2. The insider added, “She knows what he thinks about Kourtney and Travis, so she more just feels bad that Younes did that to Scott.”

The Los Angeles native’s mom has been vocal of her dislike of Disick in the past, telling Erika Jayne during a June episode of RHOBH that she hopes the relationship is “just a phase.”