London’s 10 most fascinating sites to learn about Black history 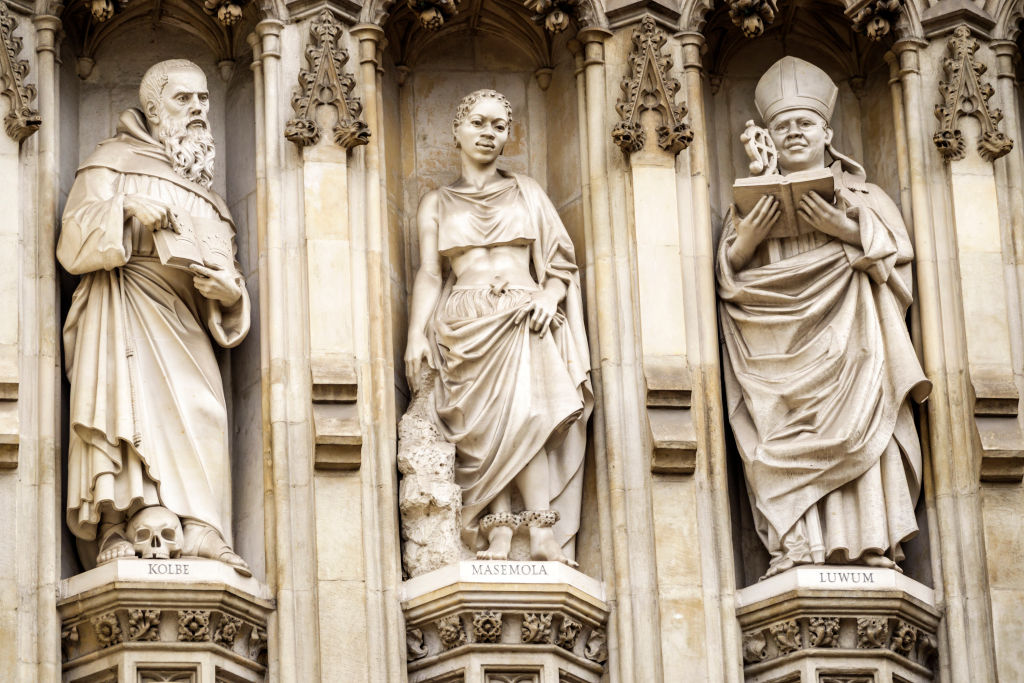 Black history is all around us in the UK, but too often it is hidden away or forgotten about.

Authors Avril Nanton and Jody Burton are aiming to shine a light on the lesser known Black history in the capital with their guide book Black London: History Art and Culture in over 150 Places.

‘It is important to recognise and celebrate the diversity of all Black Londoners as Black history is still buried away in academic guides, confined to a single month in October for Black History Month, selectively taught and often skewed,’ Avril tells Metro.co.uk.

‘Many of these sites are not known about because they are not taught in schools, and they are not recognised by the general public; many people don’t realise that Black history is closely aligned with British history.’

Spanning hundreds of years, the guide book reveals the monuments, plaques and sites across the capital and uncovers their significance to Black culture.

These sites are all examples of the rich and varied African and Caribbean history hidden in public spaces, that many walk past every day without noticing or understanding their meaning.

If you want to get started in brushing up on your Black history knowledge, here are ten of the most interesting sites in London that you can go and visit:

The first African to vote in a British General election.

Sancho was born in c.1729 on a slave ship en route to the West Indies from West Africa.

As a financially independent male, and a property holder, he was eligible to vote, and in 1774 he became the first African to vote in a British general election. During his lifetime Sancho wrote letters, composed music, acted on stage, and was an abolitionist.

His image featured in 2007 on a Royal Mail commemorative stamp marking 200 years since the abolition of the slave trade. His obituary in The Times was the first one published for an African in a British newspaper.

London’s historic coffee shop and the African origin of coffee

This coffee house, although not the first in the UK, was opened in 1652 by Pasqua Rosée, an Armenian born in the early seventeenth century.

Coffee growing started in the hills of Ethiopia and somehow over the years found its way to Turkey, where many people mistakenly think it originated. As well as providing lodgings and food, and serving as postal collection spots and the focal point for getting the latest news from far-flung places, they would have been places where the business of slave trading occurred.

Exquisite royal artworks from the Kingdom of Benin

A selection of Benin bronzes can be viewed in the Africa Gallery at the British Museum, Bloomsbury.

These ‘bronzes’ are made from a mixture of brass, wood, ceramic, ivory and other materials. They are examples of metal-working skill using the lost-wax casting process.

Over a thousand bronzes would have decorated the wooden beams supporting the roof of the royal palace of the Kingdom of Benin. Sections of the intricate sculptures date to the thirteenth century and were crafted by the Edo people in what is now modern-day Nigeria.

In 1897 Benin was seized by British forces and the bronzes were looted during a punitive expedition. The British Museum acquired two hundred pieces in 1898.

Memorial to The Great Exhibition

Africa and the Caribbean colonies were represented in terms of the resources they brought to the British Empire.

Over 6 million people attended the exhibition, which went on for six months from May to October 1851.

The Black woman featured is unknown, though she may have been someone familiar to the artist. It was unusual for British sculptors to feature dreadlocks in their work.

The first nurse to be made a matron in the NHS

Daphne Steele was born in 1929 in the Dutch colony of Essequibo (now part of Guyana) as the eldest of nine children.

In 1945, aged 16, Daphne started training as a nurse and midwife at the public hospital in Georgetown, before immigrating to the UK in 1951 to start a training programme at St James’ Hospital in Balham.

She subsequently became head matron at St Winifred’s Hospital in Ilkley, West Yorkshire. This was the first time a Black person had been appointed as a matron anywhere in the NHS.

The black statues on the gate of Westminster Abbey

The spaces above the west gate on Westminster Abbey had been empty since the Middle Ages. Then, in 1998, the Modern Martyrs statues were unveiled by the Queen and the Duke of Edinburgh.

The martyrs represent religious persecution and oppression in each continent. Each statue has a story about how they came to be there. However, most people fail to see the Black representative statues.

The second statue from the left commemorates Manche Masemola, a young South African girl who was murdered by her mother after she refused to stop visiting the missionaries who came to her town to convert them to Christianity.

In the centre stands Dr Martin Luther King Jr, the famous African American Baptist minister and civil rights leader who was assassinated in 1968.

Emma Clarke was born in Plumstead in 1871 to John and Caroline Clarke – one of 10 siblings.

The first known Black women’s footballer in Britain, she was described by the South Wales Daily News as ‘the fleet footed dark girl on the right wing’.

A women’s match held at the home of Crouch End FC in 1895 attracted over 10,000 supporters, and in 1897 she played for a women’s team that had been specially put together called ‘The New Woman and Ten of Her Lady Friends’.

Their opponents were a male team called ‘The Eleven Gentlemen’, the ladies winning 3–1.

Devised by the Nubian Jak Community Trust, this memorial was unveiled on June 22nd 2017 in Windrush Square.

The monument serves as a historical legacy for future generations.

The memorial is formed of two 6-foot (1.8-metre) black stone obelisks, which rest on a 12-foot pyramid-shaped plinth, the structure in total weighing over five tonnes.

The inscription lists the different services commemorated and ends with: ‘And to all the Forgotten’.

A moving tribute to motherhood and Caribbean contribution to British Society

This larger than life sculpture was unveiled in 2008 – the brainchild of Guyanese-born teacher, playwright and poet Cécile Nobrega, who wrote a poem of the same name.

It took 10 years of planning, fund-raising and determination to complete the project. Bronze Woman represents the struggles faced by Caribbean women, as well as their contribution to British society.

Nobrega, who came to London in 1969, was 89 years old when the statue was finally unveiled.

Some of London’s most striking recent street art

In 2020 the words ‘Black Lives Matter’ were painted in giant yellow letters across General Gordon Square in central Woolwich in a show of support for the equality movement.

The lettering spans the length of the walkway from Thomas Street to General Gordon Place.

BLM signs have been painted in cities across America, including in front of Donald Trump’s business organisation Trump Tower in New York.

Black Lives Matter (BLM) was founded in the USA in 2013 and is 181 now a global organisation.

Do you have a story to share? We want to hear from you.

Get in touch: [email protected]