The Morrison government is eyeing an expanded soil carbon capture scheme so farmers can help Australia meet its emissions reduction targets, but experts warn any future policy should not reward poorly-performing farmers.

Agriculture Minister David Littleproud says farmers should be part of the Morrison government’s net zero emissions target, putting him at odds with Nationals colleagues who last week called for agriculture to be carved out from the emissions policy. 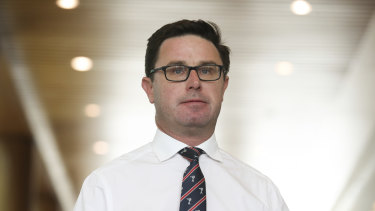 Excluding agriculture from the emissions policy could lock them out of a potentially lucrative market and Mr Littleproud said on Monday the government wanted to quantify the sector’s emissions reduction potential.

The government’s Technology Roadmap emission reduction policy says agricultural land could capture up to 90 million tonnes of greenhouse gases a year, or 17 per cent of Australia’s annual emissions. But to become economic the cost of measuring soil carbon, which currently requires in field measurement, needs to fall from $30 a hectare to $3 a hectare.

Emissions Reduction Minister Angus Taylor is focused on bringing down the cost of measuring soil carbon to drive uptake of carbon capture, which he said could be a “game-changer”. Prime Minister Scott Morrison has flagged a new national soils strategy is coming in the May federal budget, including a country-wide soil monitoring program and support for farmers to boost soil health.

Soils can trap significant volumes of greenhouse gas, which is sucked out of the atmosphere by plants and stored underground. The healthier the soil, the more carbon is sucked underground. Farmers encourage this process by changing cropping and grazing practices 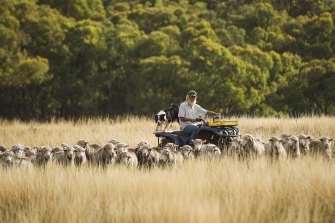 National Farmers Federation president Fiona Simson supports the government’s goals for soil carbon, but warned its policy must be reformed because it was disadvantaging farmers who had made “phenomenally expensive” investments to switch to sustainable practices.

The government’s current scheme only pays farmers for the carbon sequestration achieved after a deal is signed.

“This doesn’t make sense to farmers,” Ms Simson said. “Those who’ve done the right thing and looked after their land aren’t rewarded as opposed to those who are still building off a low base.”

Sustainable agriculture expert Professor Richard Eckard said accurate and cheap measurement for soil carbon was likely a few years away and it remained unclear how reliable it was to bank on soil carbon in the long term in a changing climate.

A long-term study from the NSW government showed even after 12 years of steady carbon capture at a test site near Wagga Wagga, the significant amount of sequestered carbon built up just vanished, inexplicably, in one year.

Dr Eckard said considerable work needed to be done to lower the cost of soil carbon measurement, and in the long term remote sensing using satellite data was likely the best option – although a lot more scientific research was needed to ensure it was accurate.

He said the current scheme, where farmers are liable for delivering a specified amount of carbon sequestration, leaves them liable for outcomes beyond their control.

“Once you have set up your carbon reduction method, I would say carbon sequestration is 95 per cent reliant on rainfall and 5 per cent down to farm management,” Dr Eckard said.

Under the current scheme, farmers bear the risk and if they fail to deliver the volume of carbon sequestration stipulated in the deal, they’re liable for the cost. Most farms are too small to offer the scale government wants to invest in so aggregators act as middlemen to package deals from several farmers, but they take a cut of 10 per cent to 30 per cent or more.

Major farm groups including cropping, red meat and pork are targeting net zero emissions by 2030 to avoid being stung with import tariffs when they sell goods into major markets. The National Farmers Federation backs an economy-wide 2050 target.

“The NFF, [Meat & Livestock Australia] and the pork industry want to be part of the solution, and know the money and jobs to be made from soil initiatives, but Michael McCormack and the Nationals backbench are hanging them out to dry,” Mr Bowen said.