DEAR DEIDRE: I FEEL so hurt by a man I liked who used me as a pawn in his weird mind- games with his girlfriend. 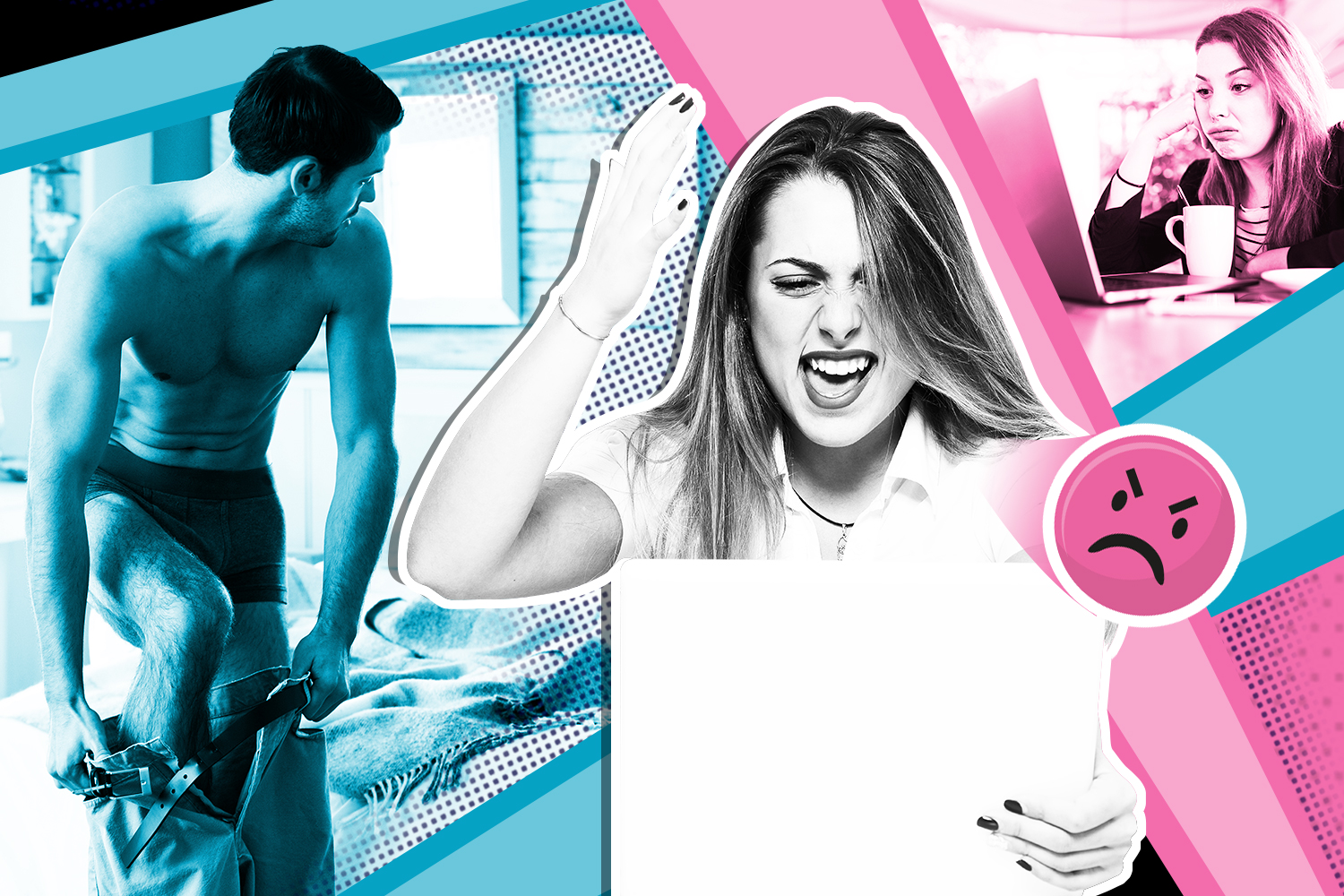 We chatted for a week or so then had a date in person, which I thought went well.

He seemed a bit distant — less talkative than in his messages — but I didn’t question it. I thought he might just be a bit shy or nervous.

A couple of weeks later, we met up again and this time he came round to my flat, where we kissed and cuddled.

On our third date, we had unprotected sex.

After he’d left, he messaged to ask if I had enjoyed myself. I wrote back saying I had.

I really thought it was the start of something. But after that, he disappeared.

So I did a bit of digging on social media and found a recent picture of him with a girl.

When I messaged her, she told me he was her boyfriend and they were still together. Worse, he had done the same thing several times before.

She told me I meant nothing to him, he loved her and they had an open relationship. I felt so used and upset, and I told her I might be pregnant.

She told this man — then came back to me saying he wanted nothing to do with any baby. I was furious that she was acting as his go-between.

Thankfully, I got my period so there is no baby. But I felt he should be a man and own up to his responsibilities.

I even messaged his mum on social media but she hasn’t replied.

My friends say I should forget about him and put what happened down to a bad experience, but I’m still feeling raw and angry.

Get in touch with Deidre today

My team and I are working safely from home but we are here to help you as always.

Send an email to [email protected]

Every problem gets a personal reply, usually within 24 hours weekdays.

You can also send a private message on the DearDeidreOfficial Facebook page.

I really liked him. Even though I know he doesn’t care about me, I can’t get him out of my head.

I keep meeting men who are involved with other women. Why can’t I find someone who wants to be with me?

DEIDRESAYS: You invested a lot in this relationship, thinking it had potential when this guy never had any interest in more than sex.

His distance wasn’t shyness but a lack of effort and interest in you.

They might have an open relationship but he was dishonest with you, so please don’t blame yourself. It was simply bad luck.

But your friends are right. Put him firmly in your past and start looking for someone who is right for you.

Try to be patient, as finding the right person isn’t always easy. And meeting online isn’t for everyone.

Can your friends introduce you to someone suitable?

Also, think about joining a local club or class, now that more are opening up.

My support pack Love Online explains the pitfalls of meeting on the web, while my pack on Finding The Right Partner For You will give you new ideas.