Do men care about weight, how often do they talk about their girlfriend and do they like to be called babe? Guys answer the questions women are ‘too afraid to ask’ in hilarious video

An Australian YouTuber has answered questions ‘women are too afraid to ask’ in his latest video, with everything from a woman’s weight to whether men like to be called pet names addressed.

Ben Gerrans, 19, who is based in Sydney, sat down with a group of his friends to talk about the controversial queries he had been sent in by his female viewers – and they were only too happy to help with their insider knowledge.

Some of the inquiries were serious – like what were their major deal breakers in a relationship – while others were anatomy based, referring to whether they have ‘accidentally sat on their own genitals’.

So what were women eager to know? 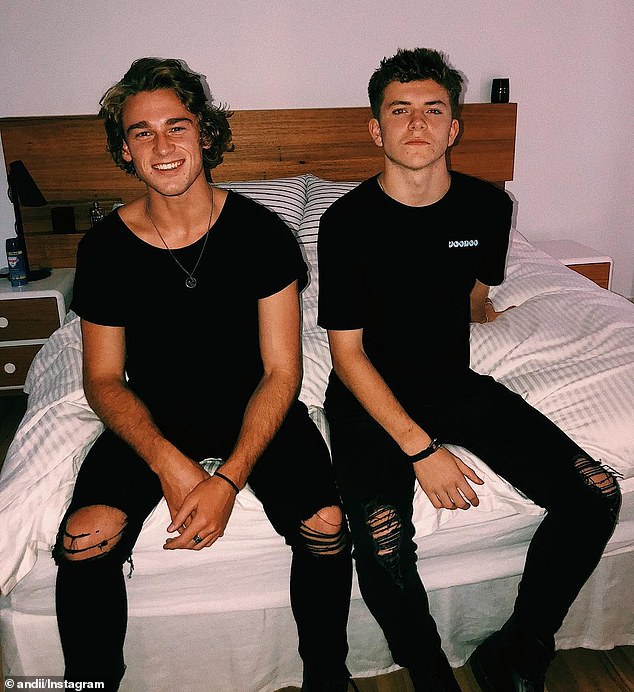 Ben Gerrans, 19, (left) sat down with a group of his friends to talk about the controversial queries he had been sent in by his female viewers (pictured with his friend Andii)

Do men care about your weight?

The Australian friends were all in agreement that women of all sizes were desirable, with ‘Harpoon’, 25, insisting that ‘big girls need loving to’.

Andii, a videographer by trade, made a joke about Dora The Explorer, who he called ‘thick’, and yet she had no trouble amassing a bunch of male friends on her travels.

Ben agreed and said you ‘absolutely do not’ have to be thin to get the attention of a man.

Do men accidentally sit on their own genitals?

This question was asked by one of Ben’s followers, who were keen to know if it was possible and would it hurt if it was.

Ben immediately cleared things up by saying this ‘doesn’t happen’ and that things weren’t ‘big enough’ down there to warrant accidentally getting twisted up.

‘Maybe if it was big enough it would but I don’t have that problem,’ Harpoon added.

Ben’s good friend Lucas answered this particular question by saying he did like being given a nickname by his girlfriend.

Ben similarly agreed, joking that he prefers to be called ‘chief’ and ‘sergeant’ over the typical babe variations on offer.

All of his friends featured in the video were of the opinion it was quite sweet to categorise a man in this way and encouraged women to keep it up. 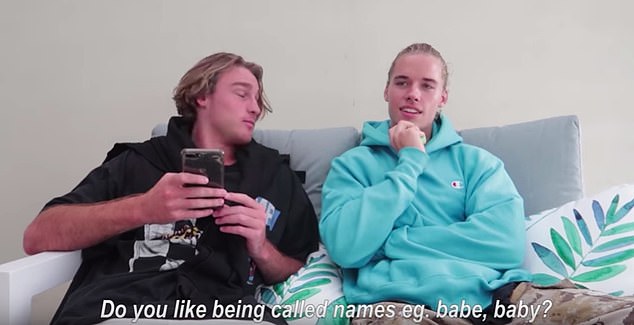 How much do men actually obsess over girls in a friendship group?

‘I must say, it’s enough for it to start to get kind of annoying,’ Ben said of this particular conundrum.

Lucas agreed, saying it was difficult not to talk about the ladies when you were hanging out with your male friends.

It is generally a huge topic of conversation that is brought up most naturally when a man starts dating or is attempting to date someone else. 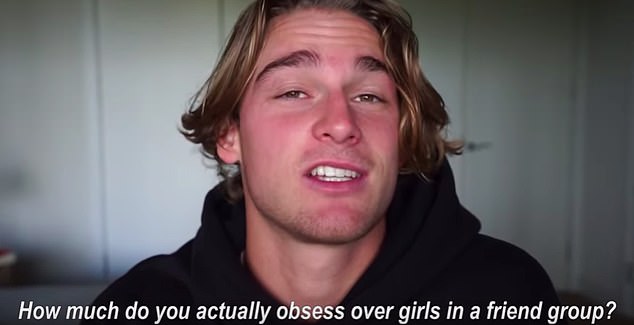 ‘I must say, it’s enough for it to start to get kind of annoying,’ Ben said of this particular conundrum

What are the biggest deal breakers for men?

Ben said that ‘girls who aren’t dumb but act that way’ are a huge turn-off in general, while Lucas said it’s unattractive if someone lacks a sense of independence.

‘It’s a problem if you don’t have a sense of humour too,’ he added.

Meanwhile Andii admitted to having a slight aversion to toes, and said if someone put their feet anywhere near his face, he’d have to walk away. 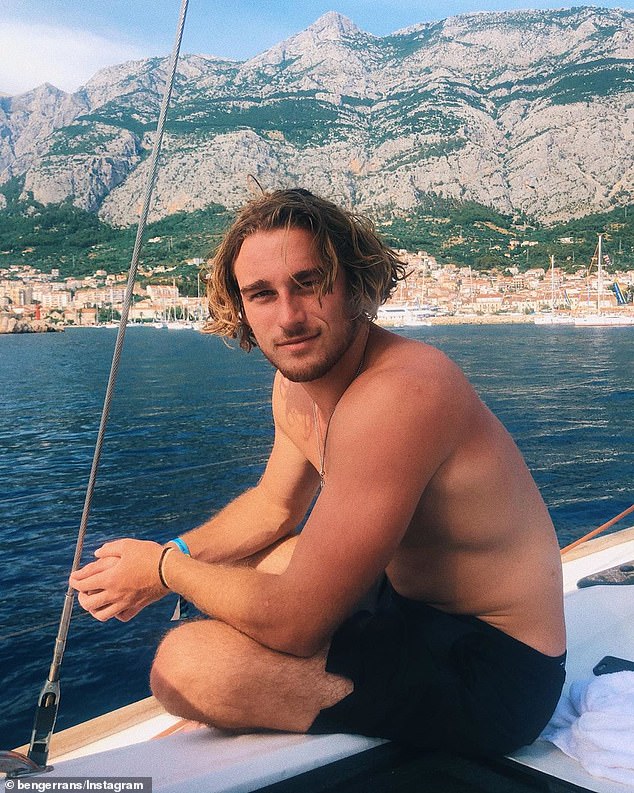 What would you do if a woman bled in your bed?

In the event that a woman got their period in the company of any of the men in the video, they said the most appropriate response would be to ‘ask if she was okay’.

Lucas said he would go one step further and offer her a tampon, before cleaning up the mess himself.

None of the men were particularly phased by the natural menstrual cycle and knew it was simply a fact of life for most women.

END_OF_DOCUMENT_TOKEN_TO_BE_REPLACED

END_OF_DOCUMENT_TOKEN_TO_BE_REPLACED
We and our partners use cookies on this site to improve our service, perform analytics, personalize advertising, measure advertising performance, and remember website preferences.Ok