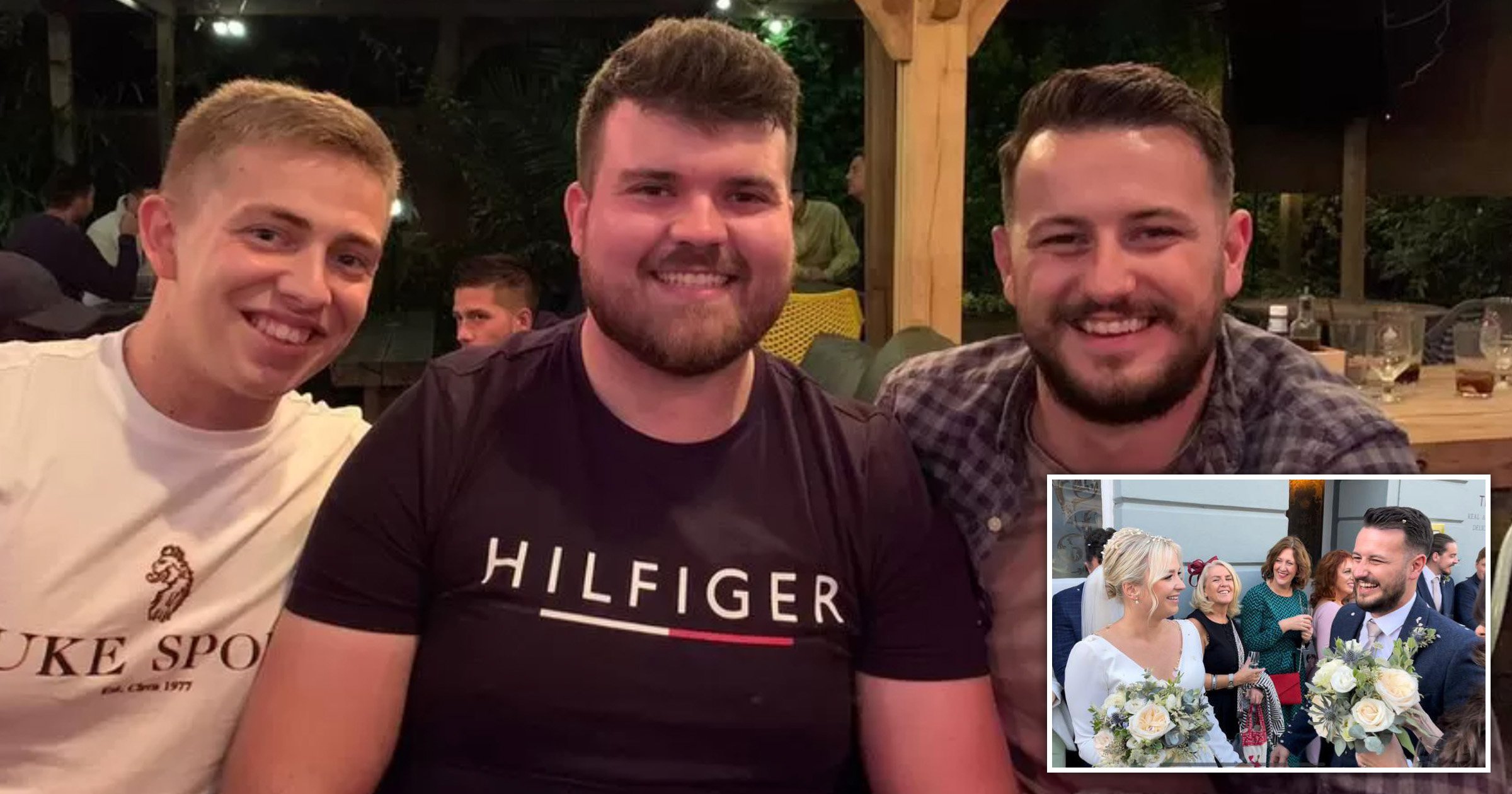 A groom has shared how he invited his three ‘best friends’ to his wedding – even though he’d never met them in real life.

Ryan George, 28, struck up an online friendship with Scott Smith, Matt Campbell and Kesean Sealeye by playing Fifa during the lockdowns.

They were in constant contact together through the game, group chats and then video calls.

So when Ryan from Cardiff arranged his wedding to wife Alice, he knew he wanted his gamer mates there to ‘have a few pints together.’

He says he wasn’t looking for friendship through the game but that it happened naturally.

‘We’ve grown up with the game so I suppose at heart we still think that we are 17, and playing the same game as we were back then,’ Ryan admits.

‘Me and the boys aren’t really the type to be gaming all the time, we’ve all got lives outside of Xbox and friends and families so we weren’t really looking for friends.

‘But it was definitely organic and moving to group chats then became a tool for everyone to speak about other things and get a bit closer.

‘I don’t think any of us really expected for it to get to that point we would be meeting up but we were all very invested in each other’s lives.’

Ryan notes that when he arranged the wedding it was a ‘no brainer’ to invite Scott, Matt and Kesean.

Scott and Matty, of Cambridgeshire, and Kesean, of London, travelled to Cardiff for the big day where they took their first ever group photo together.

Another Fifa pal Gerard Madden was also invited but stayed home in Belfast with his new baby.

Ryan was always sure in his decision and says he never had doubts over what his friends would be like in real-life.

‘I’m quite a sensible person,’ he explains.

‘I wouldn’t have invited them without knowing them so that is something that people definitely need to be cautious about.

‘It’s a relationship that has developed over a few years and we even had a virtual Fifa stag for me – where we played drinking games and stuff.’

Ryan believes that online friendships are a great way to meet people and help with mental health.

He said gaming was the most ‘accessible form’ for him to socialise.

‘If you are struggling, or you feel a little bit lonely, you can log on and meet some new people and it’s a great platform for that,’ he says.

‘There are loads of different games and the market’s massive. It’s a good way to go around things and definitely for me now with kids, it’s something that I really do rely on to be able to chat people.

‘You can get a good couple of hours of good social time.’

Meanwhile, Scott says the boys were never going to say no to Ryan’s wedding invitation.

‘It was a beautiful thing watching Ryan and Alice get married and I’m looking forward to the next time we get together,’ he explains.

Their next meeting is a trip to Belfast next year, to watch US rockers Blink 182 on their reunion tour.

Scott admits: ‘I don’t really like Blink182 but I am looking forward to the weekend away and finally meeting Gerard.’