March 28 – ON THIS DAY: 59 years since the Beeching railway cuts 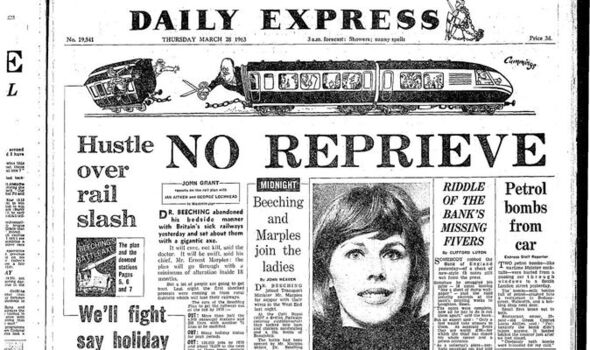 We suggested the scheme could mean up to 70,000 job losses, fewer holiday trains and possible fare increases. Dr Beeching’s plan was implemented from the mid-1960s.

43 years ago (1979) An accident at the Three Mile Island nuclear plant in Pennsylvania allowed large amounts of radioactive coolant to escape into the atmosphere.

The incident was caused by a broken water pump, compounded by a series of safety failures. It remains the worst nuclear accident in US history.

31 years ago (1991) A jury returned a verdict of accidental death at the end of the inquest into the Hillsborough disaster, sparking anger among relatives and friends of the victims. Some 97 Liverpool fans died as a result of the tragedy at Hillsborough Stadium on April 15, 1989.

A second series of inquests in 2016 ruled the supporters were unlawfully killed.